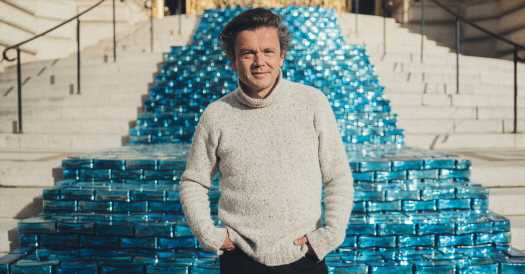 PARIS — At a ceremony on Wednesday, the artist Jean-Michel Othoniel joined one of the loftiest cultural institutions of the French state, the Académie des Beaux-Arts, and became immortal.

“Immortals,” as the academy’s inductees are called, usually wear a classic interpretation of the green-embroidered uniform first required under Napoleon. Othoniel decked himself out in Dior.

As the ceremony proceeded under the gilded dome of the Institut de France, Othoniel glittered like the colored glass bead sculptures for which he is known.

The artist drew an original design for the olive branches that traditionally adorn the immortals’ costume. A team of Dior artisans lavishly embroidered the branches, with shiny gold strands and green silk, onto the breast, lapels, cuffs and waist of Othoniel’s black tailcoat and pants, finishing their creation with tiny glass pearls.

“It is more than an article of clothing,” he told his fellow immortals and guests. “It is an enveloping and protective sculpture.”

These are heady days for the master manipulator of glass, 57, who suddenly became famous in 2000 when he transformed the entrance of the Palais Royal Metro here into a double canopy of colored glass beads.

His induction into the prestigious French academy coincides with “Narcissus’ Theorem,” a major retrospective of his work at the Petit Palais that opened last week and runs through Jan. 2, 2022. More than 70 works installed in the museum’s halls and garden are being shown in France for the first time, 10 years after his last retrospective at the Pompidou Center.

The Petit Palais, built for the Universal Exposition of 1900 as a temple to Beaux-Arts beauty, is the ideal setting for Othoniel’s joyful reinterpretation of the myth of Narcissus, who died staring amorously at his own reflection and was resurrected as a flower. Gone is the undercurrent of death that marked Othoniel’s early creations; his goal here is to embrace life.

“My role as an artist today is to bring wonder and enchantment,” Othoniel said in an interview, as he strolled through the exhibition. “I asked myself, ‘What’s the Mona Lisa of the Petit Palais, what’s the masterpiece?’ and finally, I realized that the masterpiece is the architecture itself. So I created a dialogue between my sculptures and this machine of dreams.”

At the museum’s entrance, on the grand stairway leading up to a carved stone arch and gilded bronze gate, Othoniel joined 1,000 aquamarine-colored glass bricks made by craftsmen in Firozabad, India. The work, called “Blue River,” welcomes visitors as it flows down to the sidewalk below.

The artist’s most recognizable pieces are sculptures in which he loops together giant colorful mirror-glass baubles crafted in a workshop in Basel, Switzerland. In the garden, Othoniel has suspended glass necklaces in gold on trees and centered monumental gold lotuses in reflecting pools.

“Jean-Michel is as much a poet as a sculptor,” said Christophe Leribault, the outgoing director of the Petit Palais, who took over as director of the Musée d’Orsay on Oct. 5. “Never have we given a carte blanche so vast to an artist.”

Othoniel grew up in a modest middle-class family in Saint-Étienne, a town in central France whose coal mines were still active during his childhood. “It was a very sad, very boring town,” he said. “It didn’t lend itself to dreaming.” He took refuge in the Musée d’Art Moderne et Contemporain, the town’s small but exceptional contemporary art museum.

During summer vacations, his parents (his mother a teacher, his father an engineer) explored Europe — and its museums — by car. His regular visits to the home of an aunt and uncle in Andalusia opened him up to the rich architecture and seductive power of southern Spain. “For a little boy, to pass kilometers of orange groves and to smell the perfume of orange flowers, it was magic,” he said.

At 18, Othoniel left Saint-Étienne for Paris. He worked in a small, independent art studio for a year before earning a degree at the École Nationale Supérieure d’Arts de Paris-Cergy outside Paris. In the 1980s, the school was emerging as a center of conceptualism and ventures in mixed media.

“It was really an experimental school, where we had classes from photography, design and poetry to literature, English, painting and sculpture — all of it mixed up,” he said.

In his early years as a sculptor, Othoniel tried working with wax, sulfur and obsidian, before moving to glass. He still occasionally works in obsidian, a black volcanic glass. At a sword presentation that followed his induction as an “immortal” on Wednesday, he received his own version of the ritual saber. He had carved its broad blade from a chunk of obsidian; the Belgian sculptor Johan Creten, his partner of 33 years, designed its oversized double-knotted bronze handle.

He lives with Creten in an apartment in the Marais district. For the last eight months, they have worked together out of a vast red brick building built more than a century ago as a metallurgy factory in Montreuil, a Paris suburb. The main work and display area for Othoniel’s sculptures sits in a giant hall under a cast-iron and glass roof. There are offices, a garage for storage, a workshop, meeting spaces and a studio for photography shoots.

As well as finding art-world success, Othoniel has become a favorite of the Paris fashion world. The Fondation Cartier gave him a solo show in 2003. Louis Vuitton and Chanel have commissioned him. The cult perfume maker Diptyque created an “Othoniel Rosa” scented candle and eau de toilette.

Othoniel said he had long resisted becoming a member of the Académie, which he considered a stuffy state institution for old and safe artists, until some younger members changed his mind.

Now he has embraced his new status as a leader of the arts in France. He was recently named director of the Villa Les Pinsons, a cultural residence for 15 young artists owned and run by the Académie since the 1950s in the town of Chars, 30 miles north of Paris.

“I want to make the Académie more contemporary, to work to transmit what we know to the younger generation — and help the older ones as well,” he said. He joins an elite club that includes the photographers Yann Arthus-Bertrand and Sebastião Salgado and the architect Norman Foster.

Long after the Petit Palais exhibition ends, Othoniel will leave a permanent mark on the building with a generous donation.

While scoping out the museum spaces for the show, Othoniel said, he noticed that the dome above the museum’s grand Art-Nouveau staircase was bare. “There was a very small hole at the top of the ceiling. And I said to myself, ‘Ah, if there is a hole, it is because there was a time when something was hanging here,’” he said.

He remembered “The Crown of the Night,” a hanging sculpture in colored glass beads that he had installed in a forest in the Netherlands years before and then stored away in boxes. The work fit the Petit Palais space perfectly, so much so that Leribault, its director, said he would buy it and hang it there permanently if the museum could find the money.

“So I said, ‘Listen, Christophe, I am ready to give it to you!’” Othoniel said. “The Petit Palais is a free museum, so anyone can come, whenever, just for five minutes, to see my Crown.”

And so it did. 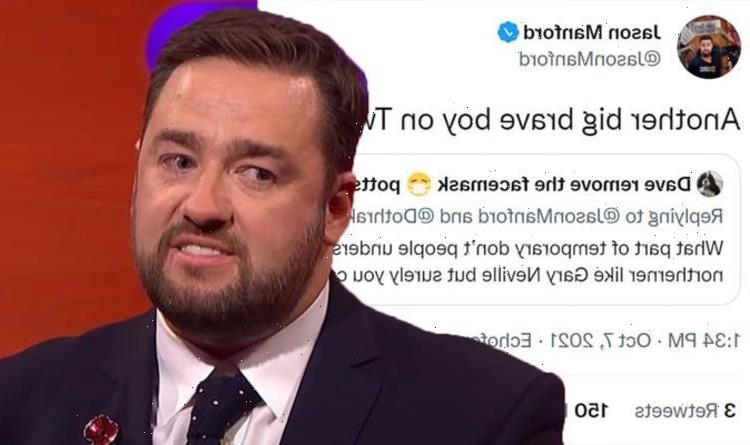