Now, the only way Kavanaugh could be investigated is if Congress decides to do something about it — and so far they haven’t. 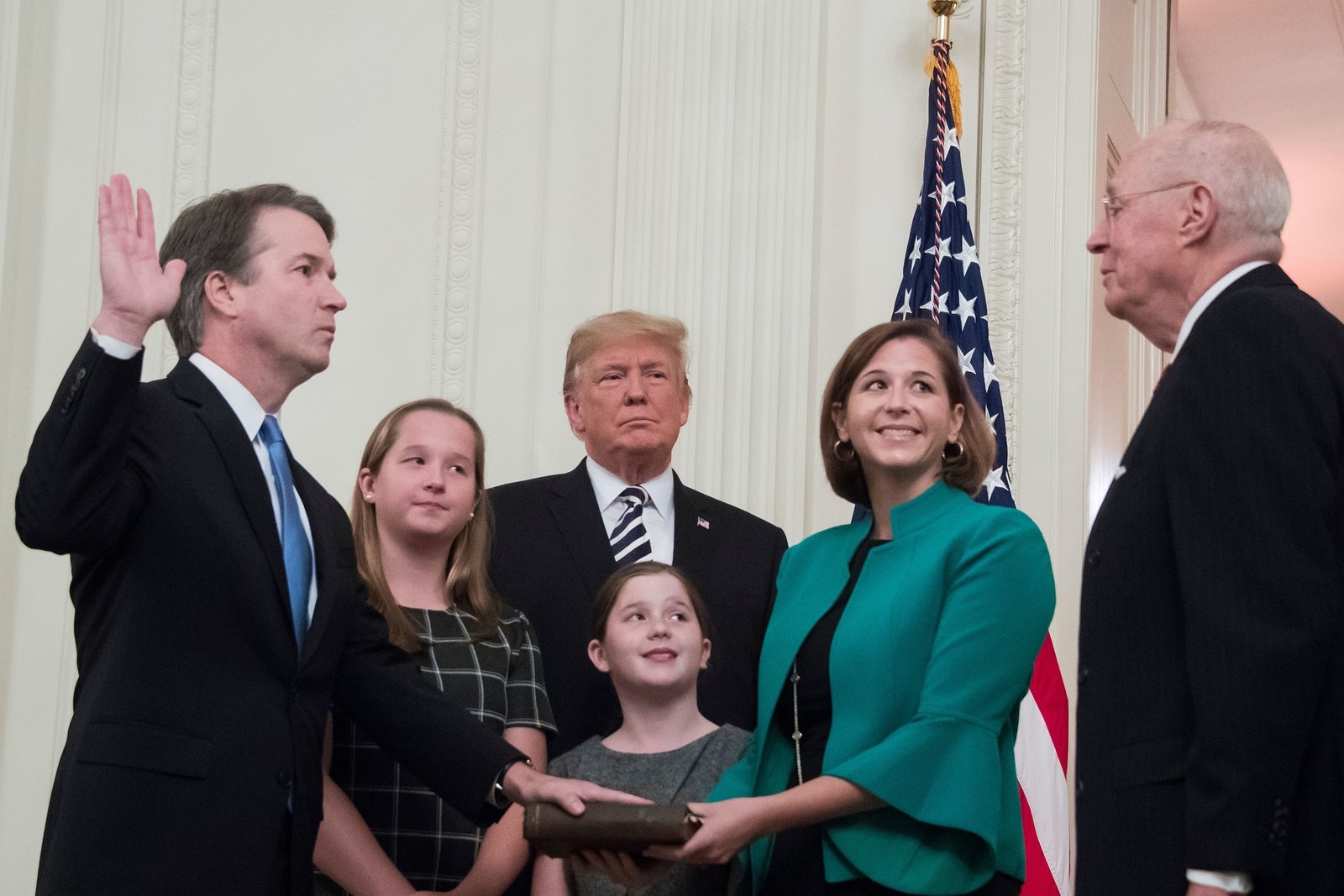 WASHINGTON — All of the 83 ethics complaints filed against Justice Brett Kavanaugh during and after his confirmation to the US Supreme Court will remain dismissed, a nationwide committee of federal judges concluded Thursday, marking the judiciary’s final word on the subject.

The decision from the Committee on Judicial Conduct and Disability confirms a ruling from late 2018 from an intermediate panel of judges dismissing the complaints, finding that Kavanaugh stopped being covered by the federal judiciary’s internal ethics review system the moment he was confirmed to former justice Anthony Kennedy’s seat in October.

There is no appeal option from here. The Supreme Court doesn’t have its own formal ethics review process like the one that covers the federal appeals and district courts, and Thursday’s decision makes clear that conduct by a lower court judge – Kavanaugh previously served on the US Court of Appeals for the DC Circuit – falls outside of the judiciary’s ethics review process as soon as that judge is elevated to the Supreme Court.

The only body with the power to take action against Kavanaugh now is Congress, and, notwithstanding fierce Democratic opposition to his nomination, there’s been no effort by lawmakers to act so far. Supreme Court justices, like federal judges in the lower courts, can be impeached for misconduct, but it’s extremely rare.

A coalition of liberal legal groups and court watchdogs sent a letter to House Democrats in April urging them to take up the investigation into allegations raised during Kavanaugh’s confirmation proceedings that he participated in sexual assault when he was in high school, and, separately, how the White House and the Senate responded to those claims when they came up. No congressional committee has held hearings or publicly expressed plans to do so.

Many of the ethics complaints against Kavanaugh centered on allegations made by one of Kavanaugh’s high school peers, Christine Blasey Ford, who said that Kavanaugh sexually assaulted her decades ago when they were both in high school at a party. After Ford came forward, several other women accused him of sexual misconduct in high school and college as well. Kavanaugh denied all of the accusations.

Some of the complaints focused on Kavanaugh’s testimony before the Senate Judiciary Committee on Sept. 28 in response to Ford’s allegation, when he angrily criticized Democrats in Congress, the Clinton family, and “left-wing opposition groups.” Other complaints involved claims that he wasn’t truthful about his work in the George W. Bush administration before he was confirmed to the DC Circuit in 2006.

The DC Circuit, which is led by Chief Judge Merrick Garland, who recused himself, was inundated with ethics complaints as Kavanaugh’s nomination went forward, and the court ultimately asked Chief Justice John Roberts Jr. to tap a different court to handle them. Roberts assigned it to the 10th Circuit, which dismissed the complaints in December. Nine of the complainants — their identities are confidential — appealed to the conduct committee of the Judicial Conference of the United States, which serves as the policymaking body for the federal courts.

The seven-judge committee wrote in Thursday’s decision that Congress had considered having Supreme Court justices fall under the Judicial Conduct and
Disability Act, which allows for a review of ethics complaints, “but
unambiguously rejected that idea.”

A spokesperson for the Supreme Court did not immediately respond to a request for comment.