“I know you all are getting ready to caucus,” Hill said at the University of Iowa. 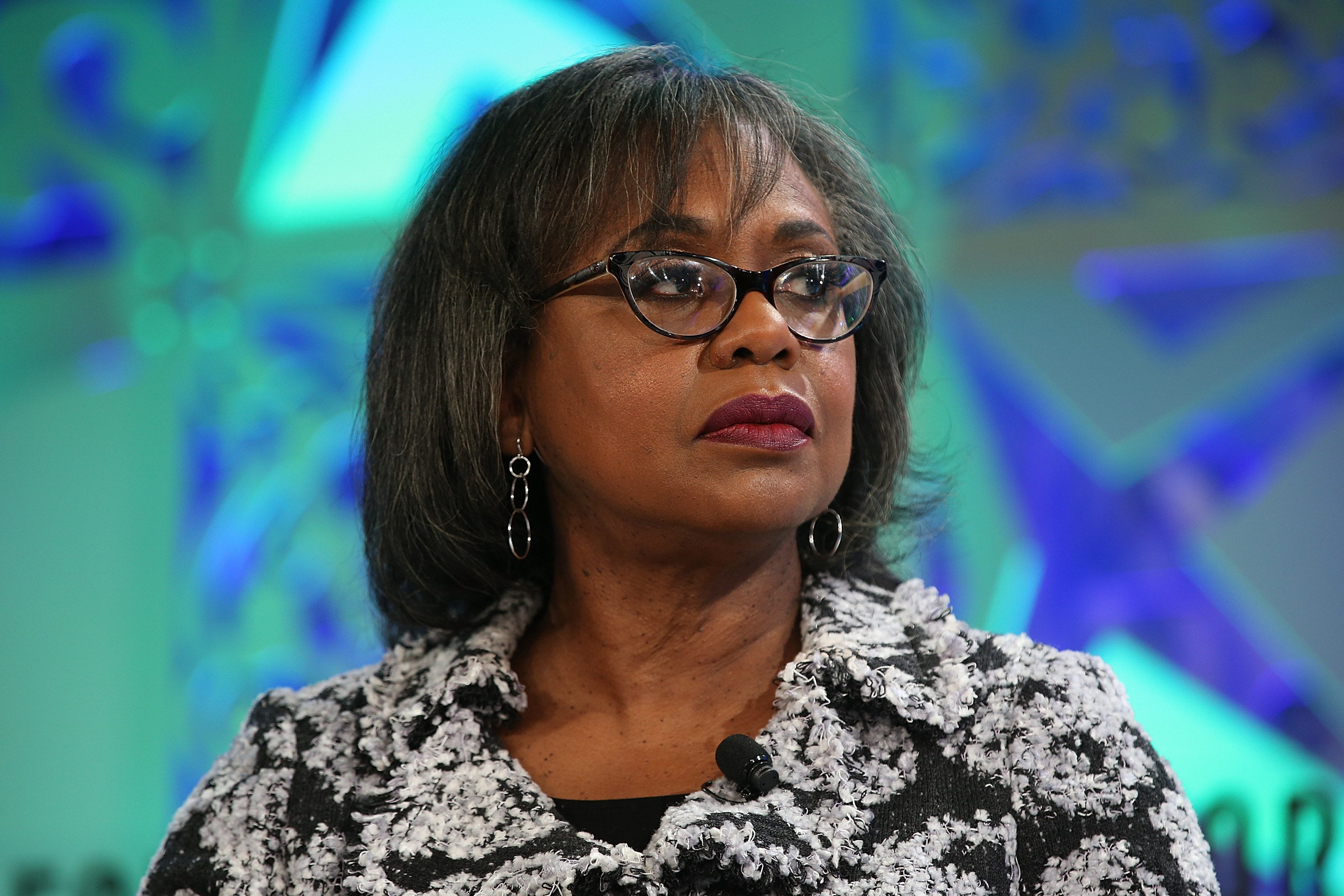 Anita Hill at the Fortune Most Powerful Women Summit 2018 at Ritz Carlton Hotel on Oct. 2 in Laguna Niguel, California.

IOWA CITY, Iowa — Anita Hill said Thursday that it’s too late for a proper apology from Joe Biden, reopening a decades-old conflict that has followed Biden into his third run for president.

“The statute of limitations for his apology is up,” Hill said in response to a question from the audience at the University of Iowa, where she gave a lecture on ending sexual harassment.

Hill, a law professor, accused then-Supreme Court nominee Clarence Thomas of sexual harassment during his 1991 confirmation hearings. Biden, then the chair of the Senate Judiciary Committee, presided over the hearings and has faced persistent criticism since for how he and the all-white, all-male panel treated Hill during her nationally televised testimony.

Her appearance was part of the school’s MLK Human Rights Week program, but also came 11 days before Iowa holds the nation’s first presidential caucuses. Biden is among the frontrunners.

“I know you all are getting ready to caucus,” Hill said knowingly as she opened her remarks.

A question submitted later for the Q&A came from someone who said they were considering caucusing for Biden but could not forget his role in the 1991 confirmation hearings. How hard, the questioner wondered, could it be for Biden to simply say he was wrong?

“The statute of limitations for his apology is up,” Hill said to applause. “Here is what I want now. … What are you going to do about it? What are you going to do today? Will you promise as leader of this country … would you promise to use all of your energy to address the problem as it happened and to prevent it from happening to another generation? That’s what I want to hear. And I not only want to hear from him, I want to hear from every one of them who want to be the leader of this country.”

Hill made a similar “statute of limitations” comment in late 2018, but in the months between then and Biden’s launch of a third presidential campaign, the former senator and vice president reached out to her directly to express his regrets. Hill said at the time the call became public that she found his words insufficient. Later, in an appearance on The View, Biden was grilled for his passive statements — “I’m sorry for the way she got treated.” — and the story lingered for days. It had faded in the subsequent months as Biden’s campaign accelerated. Last June, Hill told NBC News she was open to voting for Biden.

“I was criticized because I didn’t immediately open my arms and embrace him [and say], ‘OK, I forgive you,’” Hill told her Iowa audience Thursday night. “One of the reasons I didn’t was because I didn’t think it was enough.” The other, she said, was that she didn’t want “every young woman” to “feel like they had to follow” her lead.

Biden, who spent the earlier part of the week campaigning in Iowa, was not in the state Thursday. He and his allies often have pointed to his later championing of the Violence Against Women Act as an example of his leadership on issues of gender inequality and abuse.