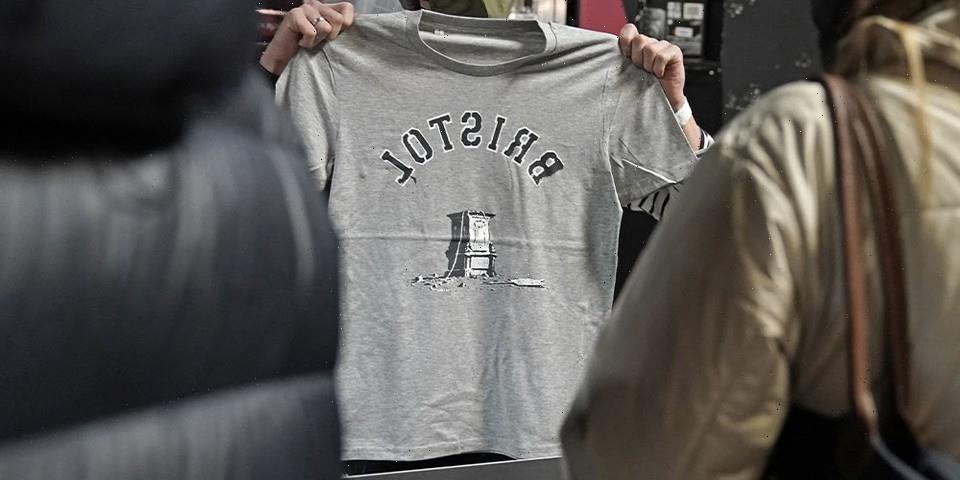 World-renowned artist Banksy has recently designed T-shirts to help raise funds for the four people who are facing trial for taking down the statue of slave trader Edward Colston. The T-shirts were sold out in less than 24 hours after their release. As of writing, approximately 122 of these shirts are being recirculated on eBay.

Last week, the elusive artist announced that it would sell his T-shirts in five independent stores across Bristol in aid of the Colston Four, who are to face trial this week for the events that occurred during the Black Lives Matter protests in June 2020. Large queues that rounded corners were seen at the time of release. The T-shirts, which were originally sold between £25 and £30 GBP (approximately $33 and $40 USD) have now made their way to eBay for resale. Prices for these shirts are now selling for anywhere between £400 GBP (approximately $530 USD) to over £2,995 GBP (approximately $3,958 USD).

Amongst the high resale values, there are some more sensibly priced shirts going for £55 GBP (approximately $73 USD). Of course, none of the proceeds from the marked-up resale items would go to charity. The shirts feature an image of Colston’s empty plinth with a rope hanging off the side. Debris from the toppled statue is seen at the foot of the pillar in the illustration. A discarded sign can be seen as a part of the image. BRISTOL in all caps is written above the image. The T-shirt comes in a gray colorway only.