President Joe Biden and First Lady Jill Biden’s love story is truly one for the books. From Biden’s transition to Senator to Vice President and to the President of the United States — Dr. Biden has experienced it all by her husband’s side. The two have been married for over 40 years and yet, their sweet moments of affection have not wilted. Yesterday, the President and First Lady shared a kiss on the south lawn of the White House prior to his trip to Walter Reed National Medical Center — and cameras captured the moment. Evidently, the duo’s casual form of PDA highlights a much more distinct relationship than the former President Donald Trump and Melania Trump ever displayed.

This is hardly the first time the President and the First Lady have publicly shown their love for each other, and yet, the heartwarming moment still beautifully showcased the partnership the two share. 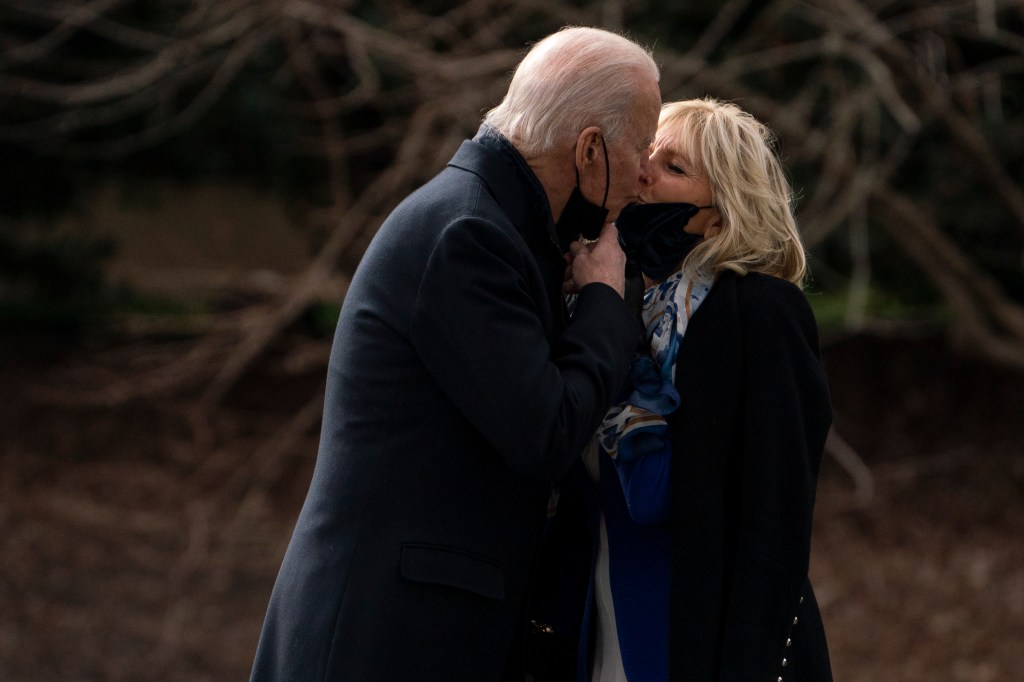 ⁣
The president met with wounded service members during his trip to Walter Reed. The medical center is one he is familiar with as his son Beau was treated there before his death in 2015 from brain cancer. Keeping the memory of Beau alive is one that both Jill and Joe Biden have continued to do in various forms. Their joint efforts to pay tribute to their late son is just one of the many incredible ways we’ve seen the two bond.

Just moments before he was sworn in as President, Joe Biden shared a small (but significant) personal clip of him and his wife, Dr. Jill Biden, where she reached for his hand in support of her husband.

It’s hard to look at this hand-holding moment and forget the many public snubs that the public witnessed between Melania and President Trump.

In the clip, Melania had recoiled her hand from her husband  after the presidential debate in October. Over the four years in the office, there were many moments where Melania would pull away (or simply walk away) from the former President — which sparked rumors that their relationship was not what many had originally thought it to be.

Perhaps Donald Trump and Joe Biden simply show personal connection in different ways. Whatever the case, it’s clear that we’ll be seeing a much more different relationship in The White House over the next four years.

Before you go, click here to see our favorite photos of President Joe Biden’s big family.