Back to Sagebrush High School? Camryn Manheim is down to revisit the good ‘ole days of Romy and Michele’s High School Reunion.

Manheim, who played Toby Walters in the hit film, spoke with Us Weekly exclusively while attending the same event as Lisa Kudrow, her former Romy and Michele castmate, on Thursday, November 7. “Could you ask her when we’re gonna do our reunion? We need to do like a 30-year reunion, or 40,” the 58-year-old actress told Us at SAG-AFTRA Foundation’s Patron of the Artists Awards. “It’s probably 40 now.”

Though an official full-cast reunion has yet to be arranged, the Stumptown actress revealed that “there’s a lot of people in that cast” that she’s seen since the film debuted in 1997. 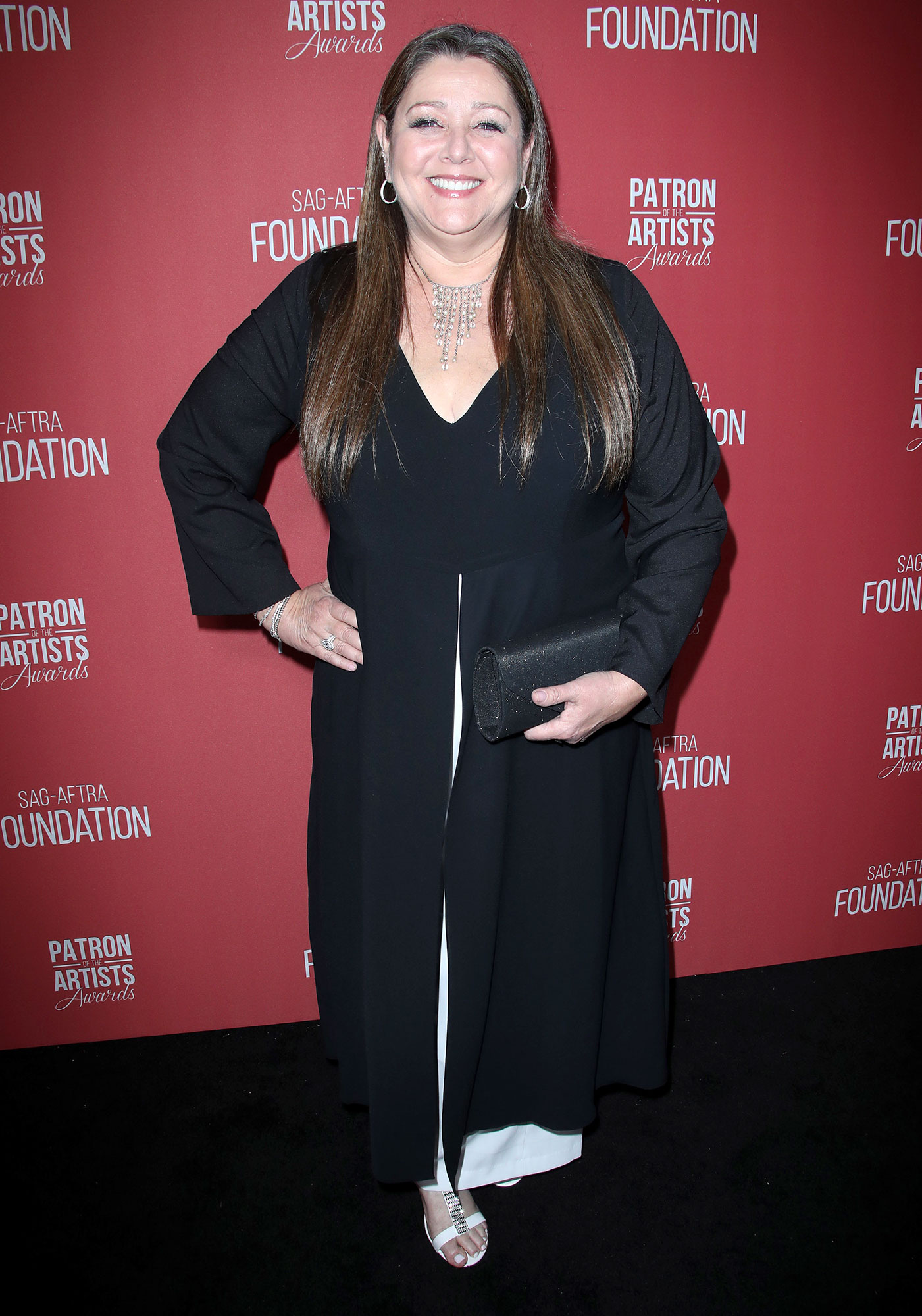 “Alan Cummings I see, I see Lisa about town, I don’t see Mira [Sorvino] very often. Vincent Ventresca I just saw, we play poker,” she explained. “We do see each other, but we all have kids and lives.”

The Ghost Whisperer alum continued, “I live on the west side and those people live in the valley, which, as far as I’m concerned, is easier for me to get to Vegas.”

Romy and Michele’s High School Reunion received largely positive reviews from critics upon its release, and it earned nearly four times more than its budget. The late ‘90s flick followed two rather ditzy best friends, Romy White (Sorvino) and Michele Weinberger (Kudrow), as they hit up their 10-year high school reunion. To impress their former classmates, the longtime buds planned to lie about how great their lives have been since graduating. 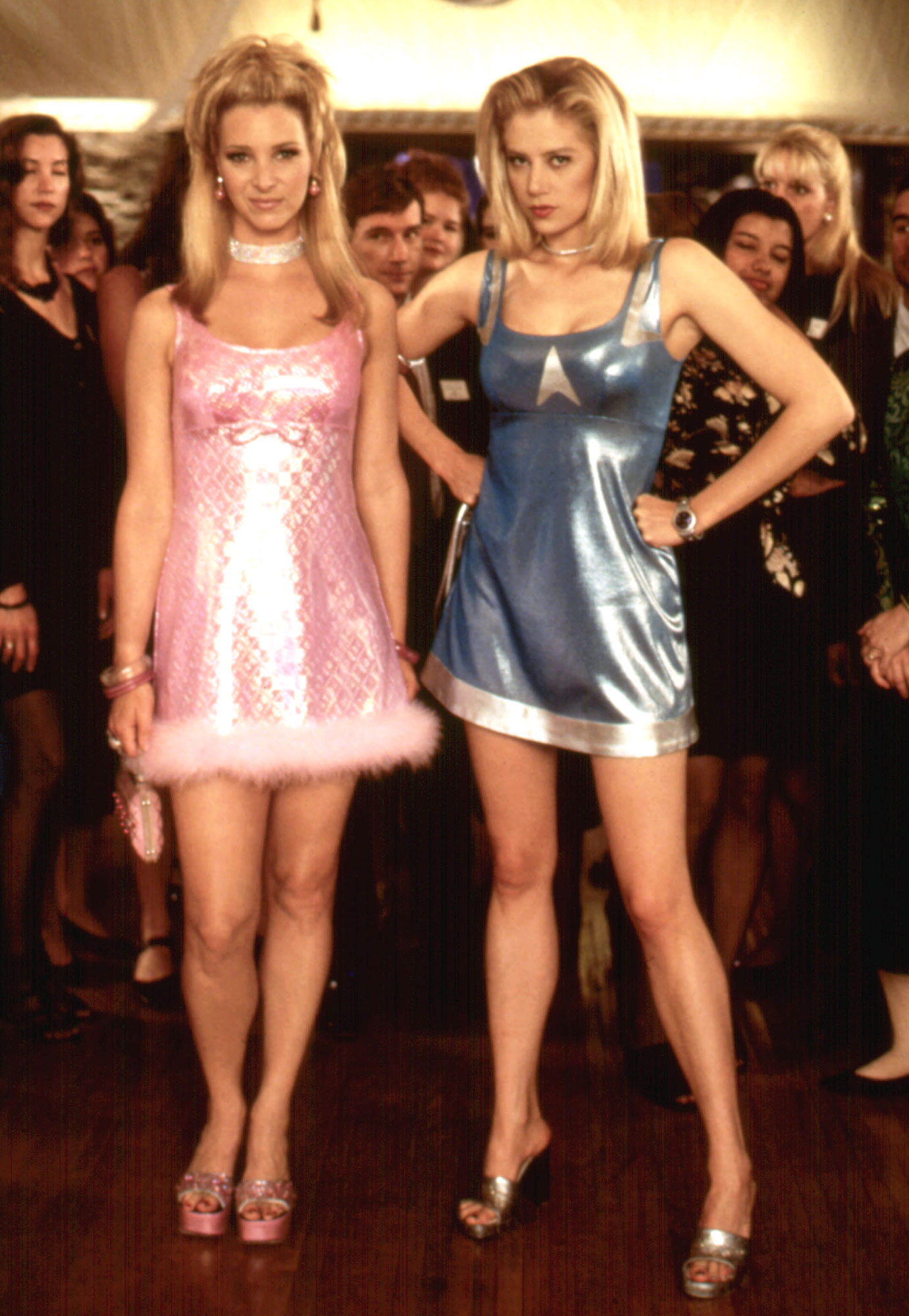 Speaking to Us on Thursday, Manheim admitted that her son, Disney Channel star and Dancing With the Stars alum Milo Manheim, has “probably not” seen the iconic film just yet.

“I’m gonna give him some Mama guilt right now in Us Weekly,” she joked. “Milo, go watch your Mom in The Practice and Romy and Michele’s High School Reunion.”

Kudrow, 56, and Sorvino, 52, staged a real-life Romy and Michele reunion in September. Documenting the moment on Instagram, the Friends alum captioned a snapshot of the duo: “Most thrilling moment for me at a party EVER! Genuinely GOOD person @mirasorvino see you soon.”

Months before the pair’s cute photo opp, the Mighty Aphrodite actress honored Kudrow with a sweet birthday tribute post. “Happy Belated Birthday to the Michele to MY Romy,” she wrote in July. “@lisakudrow you are one of the funniest, smartest, thoughtfully kind people I have ever known. Happy birthday to one of the best on the planet!! Oh, & you’re the Mary!”

Back in 2011, the dynamic duo reflected on the cult favorite when they joined Entertainment Weekly. “Hopefully, one day, there will be a movie about what they’re up to today,” Sorvino shared. “We’ve been working on that for the past decade and a half.”

With reporting by Kayley Stumpe

Related posts:
Tags: a, Camryn, Manheim:, Need, R, We
Recent Posts
We and our partners use cookies on this site to improve our service, perform analytics, personalize advertising, measure advertising performance, and remember website preferences.Ok