The move comes as museum workers across the country increasingly look to collective bargaining as a way to reform their institutions. 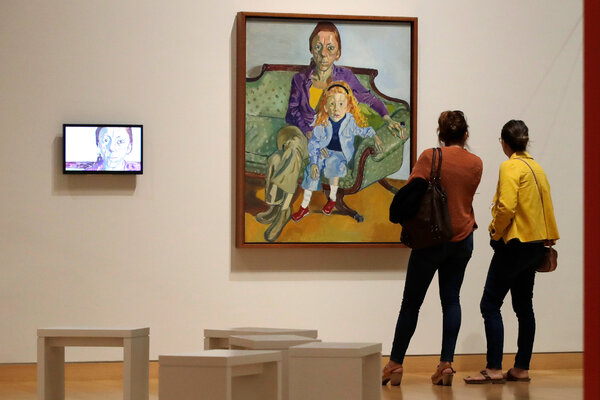 An overwhelming majority of the employees eligible to unionize at the Museum of Fine Arts, Boston, have voted to join the United Auto Workers, becoming one of the latest bargaining units within a leading American cultural institution.

Election results were tabulated on Friday, showing a 90 percent margin of victory for union hopefuls after a monthlong mail-in election and nearly a year of organizing.

“I find this redistribution of power meaningful,” Jon Feng, a members and visitors services representative at the museum, said. “I believe in our ability to work together to negotiate and then uphold a more just workplace for all.”

The 133-14 vote comes as officials navigate the economic challenges of the coronavirus pandemic. The Boston museum enacted a number of cost-saving measures over the summer after projecting a budget shortfall of about $14 million. Those moves included executive pay cuts and a staff reduction of about 100 employees — through layoffs or early retirement. The museum closed in March, then reopened in September with a work force that had decreased by 20 percent.

“We have said throughout this process that above all, we support our employees’ right to make this decision and we want to ensure all voices are heard,” the museum’s director, Matthew Teitelbaum, said in a statement. “We are pleased that the election played out smoothly and fairly, and we are committed to working with the union moving forward.”

The union includes members from more than 30 departments, including curatorial teams and front-of-house staff. But the negotiations are not over; the museum is challenging the inclusion of more than 40 employees, including those classified as full curators and conservators.

Like many of its peer institutions where workers have unionized in recent years, the Museum of Fine Arts made clear its opposition to organizing; however, it never conducted an anti-union campaign or hired lawyers to quash employee efforts.

On Monday, Film at Lincoln Center employees voted 88 percent in favor to also join the union.

Through the union, employees hope to advance diversity efforts and fair compensation at the museum. “We cannot call ourselves a world-class museum until all of our employees are treated with fairness, dignity and respect,” said Kat Bossi, a staff member in the exhibitions department. “With a union, we can achieve hard, metric-based goals for increasing diversity in our work force.”

Tags: Finan, Layoffs;Furloughs, Museum
Recent Posts
We and our partners use cookies on this site to improve our service, perform analytics, personalize advertising, measure advertising performance, and remember website preferences.Ok