Moving beyond challenges at home, these New Yorkers sought assistance to reach their goals. 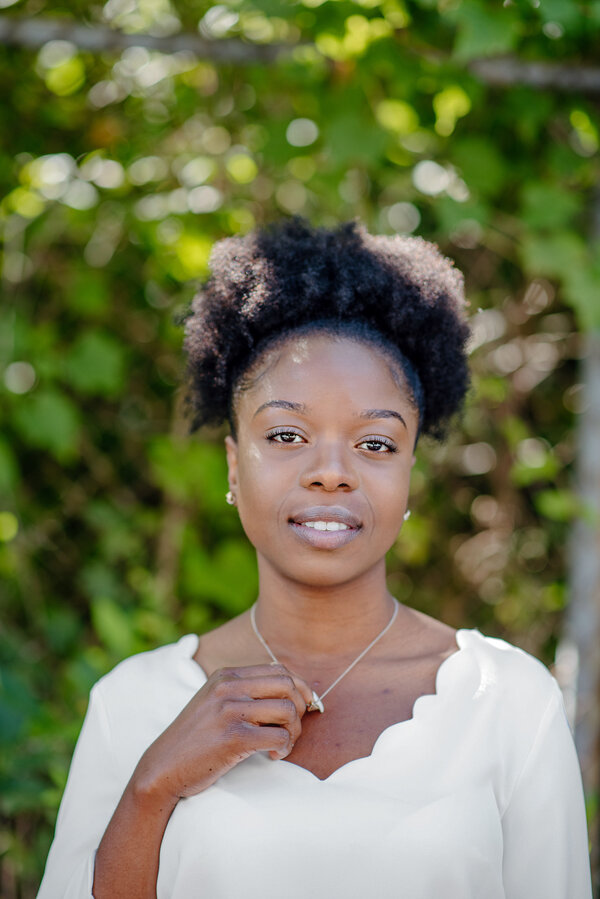 When Denisha Smith left her Brooklyn home at 14, she had nowhere to go.

After a couple of years of bouncing from place to place, Ms. Smith met a social worker who helped her get into foster care. While the system gave Ms. Smith a place to live, it also brought its own challenges.

Her love of school, though, was one constant. “I used to actually pray for homework,” she recalled. “And I have to admit that I was kind of a teacher’s pet.”

Donate now to the 109th annual campaign of The New York Times Neediest Cases Fund. All proceeds go to 10 organizations providing assistance to those facing economic hardship. Make a tax-deductible donation through GoFundMe.

Along the way, Ms. Smith’s social worker supported her as she graduated from high school, enrolled in Baruch College, where she majored in business, and worked part-time as a teacher’s assistant at Public School 59 in Beekman Hill in Manhattan.

The work as a teachers assistant shifted Ms. Smith’s ambitions from a career in business to one in education after she met a teacher who inspired her.

“She was such a hard worker. She always went above and beyond, and I am just like that,” Ms. Smith said. “I just wanted to be just like her.”

After graduating from Baruch, Ms. Smith enrolled in Hunter College to earn a master’s in education.

Ms. Smith’s plans, though had to be adjusted as the city went into lockdown amid the coronavirus pandemic in the spring, which took a toll on the city’s budget and brought a hiring freeze on teachers.

“This coronavirus thing wasn’t going to stop me from my plan,” she said.

Eager to begin her career, Ms. Smith took a job teaching first grade in Maryland. But getting settled was an obstacle, so Catholic Charities Archdiocese of New York, one of 10 organizations supported by The New York Times Neediest Cases Fund, used $400 to help her with moving expenses.

The school year began remotely, and Ms. Smith looks forward to the return of in-person learning. “I’m excited to get back to the school and really show what I can do,” she said.

Although she said she would prefer to be working in New York, she is enjoying her new apartment, where she has access to amenities. “I was just doing poolside yoga,” she said. And her dog, Snickers, likes the open space and grass.

Ms. Smith was one of about four million receiving degrees from American colleges and universities in the last academic year, according to the National Center for Education Statistics, many of whom faced tough job prospects.

Among the students enrolled in those schools this fall and preparing for the job market is Chativa Anderson.

She left her family home two winters ago, tension rising as she felt rejected by her family.

“I had no choice but to be in the shelter,” she said in a recent interview.

After bouncing from shelter to shelter, she found a place to stay at Turning Point Brooklyn’s Shelter for Young Women, run by Brooklyn Community Services, another beneficiary agency of The Neediest Cases Fund.

In February, Ms. Anderson was starting to get back on her feet. She moved into her own studio apartment, but when the pandemic lockdown hit, her job search was derailed, and she decided to go back to school. She is relying on about $26 in Supplemental Nutrition Assistance Program benefits and about $120 in cash assistance monthly while focusing on her studies.

Her goal is to write a book, and $749 from The Fund was used to buy her a laptop for the project and to pay for an eight-week online writing course at the Sackett Street Writers Workshop. As an L.G.B.T.Q. person, Ms. Anderson wants her writing to help others who may be struggling to find support.

She also dreams of someday opening a youth center. She’s amazed at the creativity of children, but “they don’t get that much light shined on them,” she said. “I just want to create a space where people listen to one another and actually understand.”

Ms. Anderson, 25, acknowledged that in the past, she had a hard time accepting help and tried to do everything on her own. The team at the Turning Point shelter were there to help her and others, she said.

“I just want everyone to know,” she added, “you can ask for help.”

Donations to The Neediest Cases Fund may be made online or with a check.