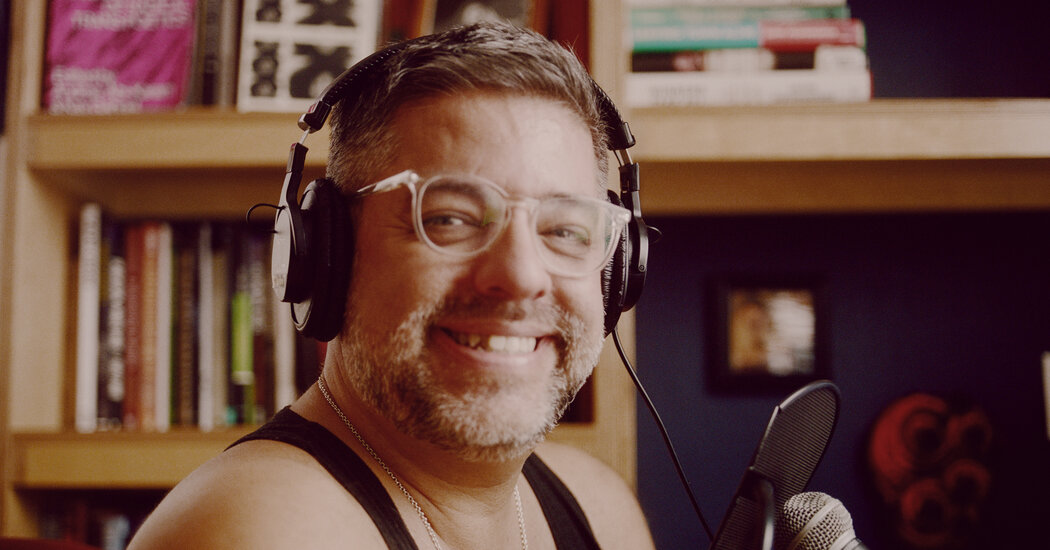 On the first episode of his new podcast “Are You for Sale?,” the choreographer Miguel Gutierrez divulges the salary he paid himself during what he calls “one of the high points” of his career. The big reveal? Forty-eight thousand dollars a year.

“I thought, ‘OK, I’ve really gotten somewhere!’” he says, recalling his optimism at the time. “This is kind of major.”

In New York City — where Gutierrez, 50, has been performing and choreographing since the mid-1990s — $48,000 is far from a cushy annual income. That it felt like lot, a financial breakthrough, speaks to just how precarious a career in dance can be, even one supported by the many awards and grants Gutierrez has received.

That precariousness — why it exists, particularly in the United States, and how artists might move beyond it — is one concern of “Are You for Sale?,” a nine-episode series that examines, in Gutierrez’s words, “the ethical entanglements between art and money.” The first three episodes were released in August; then another batch arrives this month, beginning Sept. 13.

With a frankness often missing from conversations about money in the arts, Gutierrez and his guests venture into topics like the origins of philanthropy; the pros and cons of government funding for dance; and his own economic quagmires as an artist.

He doesn’t hesitate to cite numbers: In Episode 1, “How Much Is That Dance Piece in the Window?,” he estimates that over the course of his career he has raised $425,000 in grants — used to pay about 40 people — and received $375,000 in awards, including a $275,000 Doris Duke Artist Award that helped him buy an apartment. He also enumerates the side gigs (“the hustle”) that kept him afloat as a younger artist: waiter, stripper, barista, file clerk, aerobics instructor (“hated that”), among others.

In 2018, having achieved some financial stability, Gutierrez hit a roadblock. He was embarking on a new evening-length work, “This Bridge Called My Ass,” dealing with questions about his identity as a queer, experimental artist of Latin American descent. (He was born in Queens to Colombian parents.) Though he considered it one of his most exciting projects yet, he received only one of the many grants he applied for.

“That sent me down this rabbit hole,” Gutierrez said in a video call from his home in Midwood, Brooklyn. “First just of disappointment, but then beyond that to a sense of curiosity about what it was to be inside a system I didn’t actually know that much about.” Around the same time, he became engrossed in the book “Decolonizing Wealth,” a catalyst for the podcast; its author, the social justice philanthropy expert Edgar Villanueva, is a guest on Episode 2. (The podcast’s title comes from a poem by Morgan Parker, “Welcome to the Jungle.”)

In developing “Are You for Sale?,” which he records at home, Gutierrez worked closely with his manager, the dancer and choreographer Michelle Fletcher, who describes them as “a staff of two.” A self-identified “arts advocate and laborer,” Fletcher, who is also a manager for the choreographers Beth Gill and Camille A. Brown, said that the tenuousness of her livelihood “never hit so hard as it did last year,” as the pandemic dealt a blow to the performing arts.

“This podcast provided work,” she said (she makes $33 an hour working for Gutierrez), “while at the same time a place to examine more critically than ever issues within our field, specifically money.”

Gutierrez now supports himself primarily through teaching (he was a 2020-21 choreographer in residence at Princeton University), and is back in school himself, earning an M.F.A. at the School of the Art Institute of Chicago. With the same passion he brings to the podcast, he spoke about his thinking behind “Are You For Sale?” and what a dance artists’ utopia might look like. These are edited excerpts from the conversation.

The pandemic set off a wave of conversations about equity in dance. I’m thinking of Creating New Futures and other artist-led groups organizing for systemic change. Do you see “Are You For Sale” as part of this broader movement?

I had planned to make the podcast before the pandemic struck, but the way the zeitgeist works, it’s all fitting in. So absolutely, I see this as part of that, [a moment] for us, especially those of us in the dance field, to learn how to be less fearful of conversations around money.

I want for us as a field to become mature and not get trapped in these horrible, infantilizing roles that the economic conditions of making our work almost impose onto us. I hate how that level of fear has ruled my life, and sometimes still does, and it pains me to know that sometimes I’ve imposed that on dancers who have worked for me, perhaps inadvertently or unknowingly.

How did you get to a place of being able to speak more frankly about money?

I think it’s a consequence of the privileges and access I’ve been given, and maybe the pandemic tipped the scales finally. In general, I think my project as an artist has been to bring transparency and candor into the room, to puncture at professionalism when it’s used as a controlling mechanism to maintain the status quo.

That feels like part of my role. It’s my responsibility, if I’ve made my way to the ivory tower, to bust down the doors.

But it can still be scary.

I was terrified to put this podcast out. I was outing myself as a person who has gotten support, which is not necessarily a mystery. But, you know, I gave out the actual numbers. And there’s a little bit of this bite-the-hand-that-feeds-you fear.

I was scared that I was never going to get a grant again and that I was going to be seen as a whiny person — which I’m always scared of. But cranky is part of the brand. Cranky with humor and gratitude and love.

That’s always been my thing: Part of love is criticism, you know? You can offer criticism with care and the hopes of inviting a paradigm shift. I’m not out here to just set everything on fire and walk away. I’m interested in the conversation. And I also understand the way in which we are all implicated and enmeshed in this thing, and there’s not a simple solution.

If you could create a utopia for dance artists, what are some things we might find there?

Well, first there would have to be a change in society about all low-income workers, a sense of solidarity across the board. There would be universal health care, rent stabilization, eviction moratoriums forever, universal basic income of some kind, free public education, loan forgiveness. We’d be living in a country that was excited about supporting its citizens.

Then there would be multiyear support, so you’re not trapped in a project-based funding cycle; you’re just allowed to do your work for X amount of time, however it manifests. And there would be a common application for grants, like for college. You could just plug in your one paragraph and maybe your budget, and the funders would have to compete with each other to support the project.

That’s a good one.

So, stuff like that. I wish there was a review committee so that every time something like the Shed is conceived of, we could be like, “Actually, let’s give this ridiculous amount of money to the gazillion organizations that already exist and are strapped for funds.” We don’t need new venues in New York; we need to give more money to the ones that exist.

There are probably much more holistic ways of thinking than I’m coming up with, but at heart, I’m profoundly a Taurus, and I’m like, “Where’s the check? Where’s the direct deposit?” I am thinking about how this exists on the ground for the world we’re living in. Yes, the better world may come, and I want that world to come. But we’re now in this one. 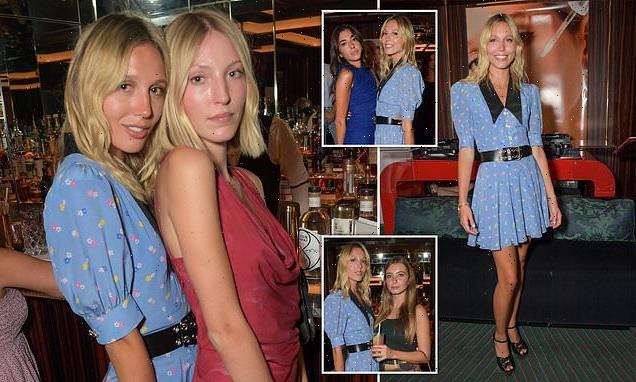 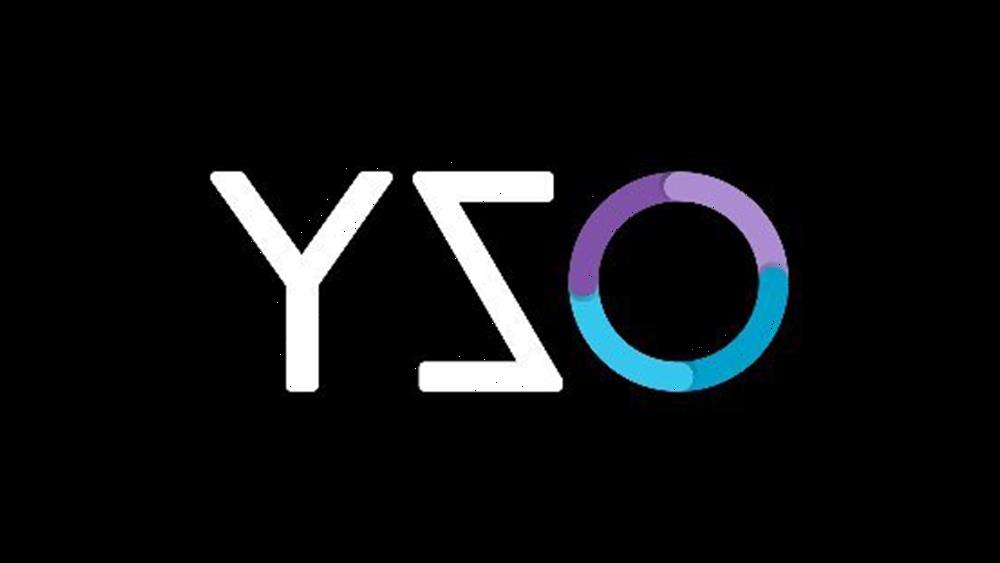