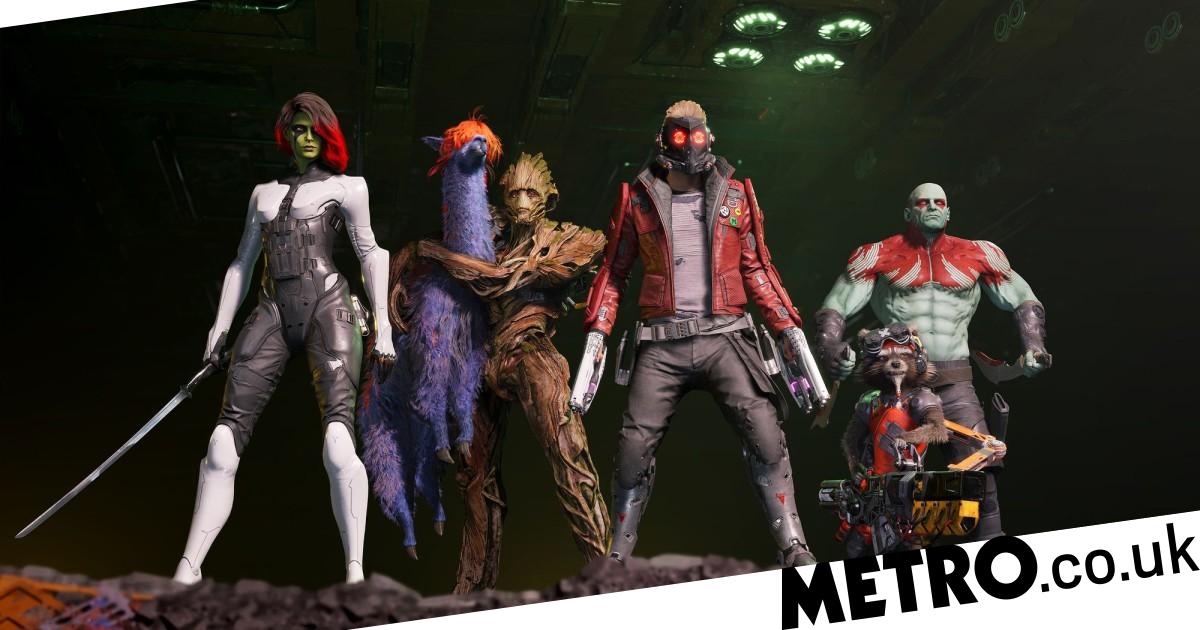 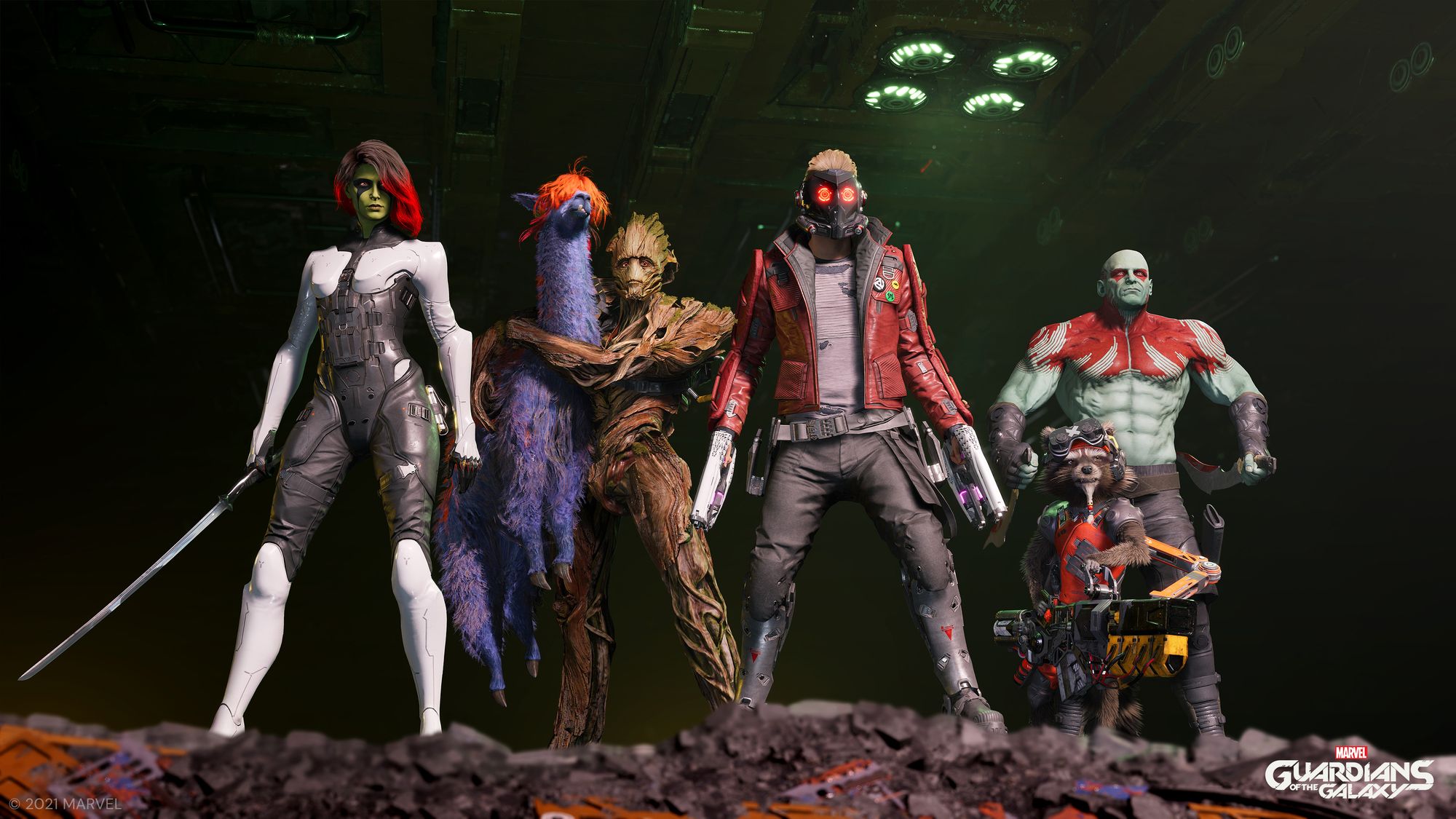 The Thursday letters page debates the ideal length for a modern video game, as one reader takes a year to buy an Xbox Series X game.

To join in with the discussions yourself email [email protected]

Superhero ranks
Great review of Marvel’s Midnight Suns, GC. It wasn’t on my radar at all and now I’m really considering giving it a shot. I’ve been meaning to get into XCOM but never did, so if this is a little simpler and easy I think I might go with this first and hope I’ll like it. It’s just a pity it didn’t come out the other side of Black Friday, if you know what I mean.

Considering how much you liked it though, I’m curious whether you think it’s the best Marvel game? I know most people think that’s Spider-Man but if I remember you weren’t as impressed by it, so I’m curious to see how you’d rank the games. There’s a lot and yet also not as many as you’d think.

I am glad that Marvel is giving the licence to a lot of developers, who are making a lot of very different games. That’s a great way to do it, I’d say, and it sounds like Disney is maybe doing the same thing with Star Wars. Although it seems ages since we heard anything on any of those games.
Karl Jr.

GC: For us it’s probably a tie between Guardians Of The Galaxy and Midnight Suns, followed by Miles Morales. Marvel Snap is definitely up there too, and we have a soft spot for both Lego Marvel Super Heroes 2 and Marvel Vs. Capcom 2.

Gone in 216,000 seconds
60 hours for Marvel’s Midnight Suns? I know you said that it justifies the time but that is long even for a Japanese role-player, and I’ve never played any of them that ever seemed like they needed to be that length. Open world games I can understand being long, as it’s up to you how long you spend on them, but for a story-based game? Seems crazy to me.

Even playing flat out that’s two and a half days to beat the game, which I would guess means it’s going to take the average person months to beat, if you assume they even just play a few hours a day.

On the one hand it’s great value for money, especially if they keep the quality up, but on the other it just seems such a time sink. I don’t know if it’s just me suddenly realising this but modern video games take up a hell of a lot of your time. No wonder mobile games are so popular!
Esmer

Average length
Is 16 hours a bit short for The Callisto Protocol? I’ve seen people saying it is but I’m not sure. It’s well above the average from even just a few years ago and I’m not sure I need any story, let alone one about space monsters biting my face off, go one for 24 hours or more.

Then I read that Marvel’s Midnight Suns is 60 hours long! You can complain you’re not getting value for money but that is such an off-putting number I don’t think I’d even start a game that was that long.

And yet I hear people spending hundreds of hours on Zelda: Breath Of The Wild and Elden Ring. Am I the only one that likes to keep their games short and sweet? Most indie games are like that so it’s what I play most of the time nowadays. I hate having to take months just to beat one game.
Gordo

E-mail your comments to: [email protected]

A sale at last
Nearly a year after getting the Xbox Series X I’ve finally bought my first games for it! Game Pass has completely changed my gaming habits (especially on Xbox) in that I’ve become far reluctant to spend money on games when there’s so many titles I can download and play ‘for free’.

Thanks to the Black Friday sales I’ve finally relented and bought the Resident Evil 2 and 3 bundle for only HK$117 (about £12) from the Xbox store. I’m also eyeing up some other games on offer too.

I can still remember the times when I thought digital gaming would never take off… to now, where my Xbox Series X games collection is near 100% digital games!
ttfp saylow (gamertag)
Now playing: Legend Of Tianding

Slow win
I’m as down as anyone on the idea of Microsoft buying everyone up but one thing I will be looking out for is if Starfield has less bugs than usual for a Bethesda game. Bethesda were clearly never going to get better at that on their own but if Microsoft’s money and extra bodies can sort things out then that will be a positive for me.

I know that doesn’t help anyone who’s only got a PlayStation but I feel at this point Xbox needs something of its own that’s worth a damn, other than just Forza. On the other hand, if Starfield comes out and it is a bug-ridden mess, I think there’s going to be some big questions about how the company’s spending its money.

Whatever else is wrong with this whole acquisition concept I think it’s pretty obvious it’s not an instant win button for rich companies. The real question is whether it ends up being a win at all.
Devan

God of flaw
The fatally flawed God Of War Ragnarök has been a frustrating experience, because rather than just improve on everything that 2018 already did so well, it also takes new giant steps backwards. Ragnarök improves its combat and graphics but has a story that starts well but quite evidently collapses in the second half, due to far too many characters entering the fray, soap opera theatrics, and melodrama amped up to 11.

God Of War 2018 was all about restraint and made for a better gameplay experience and tighter narrative. The world in Ragnarök also feels random and loses the atmosphere well established in 2018. Far too many masked loading screens in Ragnarök fragment the world, resulting in a lack of cohesion and scale. It’s still very fun when the game allows itself to be. Boss encounters are excellent (aside from finale) and the new gory finishers are splendid, even though they do jar with Kratos’s softer characterisation and his questioning of morals during significant moments of the story.

This further establishes that Ragnarök feels like it was pulled in different directions during development. Feedback on the lack of gore is addressed but then again, the morals behind Kratos are questioned to an overall bludgeoning effect. One minute he’s making sad eyes about violence and war, the next he’s shoving a spear into an enemy’s face and twisting another’s torso away like a popsicle.

I can’t express how disappointed I was with the final act and it’s with the former point that is to blame. How about in the next God Of War, we abandon the poorly written and acted melodrama and bring back the excess and maybe even the hanky panky?
Mark Varley

Game of Fantasy
Is it just me or does Final Fantasy 16 seem to be getting no hype? I keep forgetting it’s even been announced, and then I shrug my shoulders and realise it’s that one that’s trying to be like Game Of Thrones.

Because if there’s one thing I want from my Final Fantasy games it’s gritty realism, violence, and sexual abuse. I’m joking, by the way, I don’t want any of those things. Why can’t they just make a sequel to Final Fantasy 9 or something?
JellyBelly

Why not both?
I’m of the opposite opinion in regards to The Super Mario Bros. Movie trailer. Whilst visually it looks excellent (I’d certainly love to see a Mario game look that impressive) everything else just smelt off. Basically, it looks identical to a Lego movie. Almost cut and paste. I’m certainly not a fan of that rather bland, glossy but vacuous America humour that these movies adopt.

Visual nods and fan service are some of the laziest tricks that current movie companies use. From the awful Ghostbusters Afterlife to Star Wars and Star Trek, this, ‘Hey, do you remember proton packs?’ trick reeks of pandering, not to mention padding. So we need to see a homage to 2D levels to be reminded about their existence? Yep, got it. They’re 2D. I still play Super Mario. It’s why I love Nintendo.

Do you remember Super Mario 64, audience? We’ve put some references in. Quite possibly at the expense of decent writing and a decent character arc. It’s a good trick to hide the cracks. Yep, OK, but can we have a new game announced instead?

Each to their own and if it satisfies people’s taste buds, who am I to judge? But I forever wish that these two art forms would leave each other alone. I don’t love Nintendo because they make 90 minute non-interactive cut scenes. I don’t love David Lynch because he introduced me to an analogue stick in Eraserhead. I can only hope that they don’t go in and make a Zelda movie. Just give me a cut scene-light Tears Of The Kingdom. I’ll be happy with that and a new full fat Mario game.
Wonk

GC: Are you sure you’ve actually watched a Lego movie? Because bland and vacuous are the last words we’d used to describe them. We agree with you on the memberberry trend in modern entertainment but while we’re generally uninterested in movie adaptations at least the Mario one fully embraces the source material. And it’s not as if making it is taking time away from the developers of the games.

Inbox also-rans
Have you got any plans to review The Knight Witch? I’ve only just seen it, and from what I can tell it looks like a bullet hell shooter, crossed with a Metroidvania (bulletvania?). I’d like to hear your thoughts on it, if you’ve the time to fit it in.
Dan

GC: We’ll look into it at least. As the new releases start to dry up, we intend to go back and review anything we’ve missed from the rest of the year, if anyone has any requests.

I’m struggling to imagine what would happen in an Uncharted roller coaster that would make you realise it’s based on Uncharted. Does each ride come with a guy with a moustache who’s always sitting in the car behind you?
Focus

This week’s Hot Topic
It’s The Game Awards next week which, especially in the absence of E3, has become the biggest single venue for new game announcements and footage of upcoming games, so we want to know… what are you hoping to see?

It doesn’t matter whether the game has already been announced, as long as there’s a reasonable chance of it being revealed next week (we’d say GTA 6 is very unlikely, before everyone writes in about that – but who knows).

If it’s a game that’s been announced but for which little or no footage has been shown, what are you hoping for in terms of the first trailer and what the game itself will be like? Overall, what is your most anticipated game of 2023 and beyond?

E-mail your comments to: [email protected]

The small print
New Inbox updates appear every weekday morning, with special Hot Topic Inboxes at the weekend. Readers’ letters are used on merit and may be edited for length and content.

You can also submit your own 500 to 600-word Reader’s Feature at any time via email or our Submit Stuff page, which if used will be shown in the next available weekend slot. 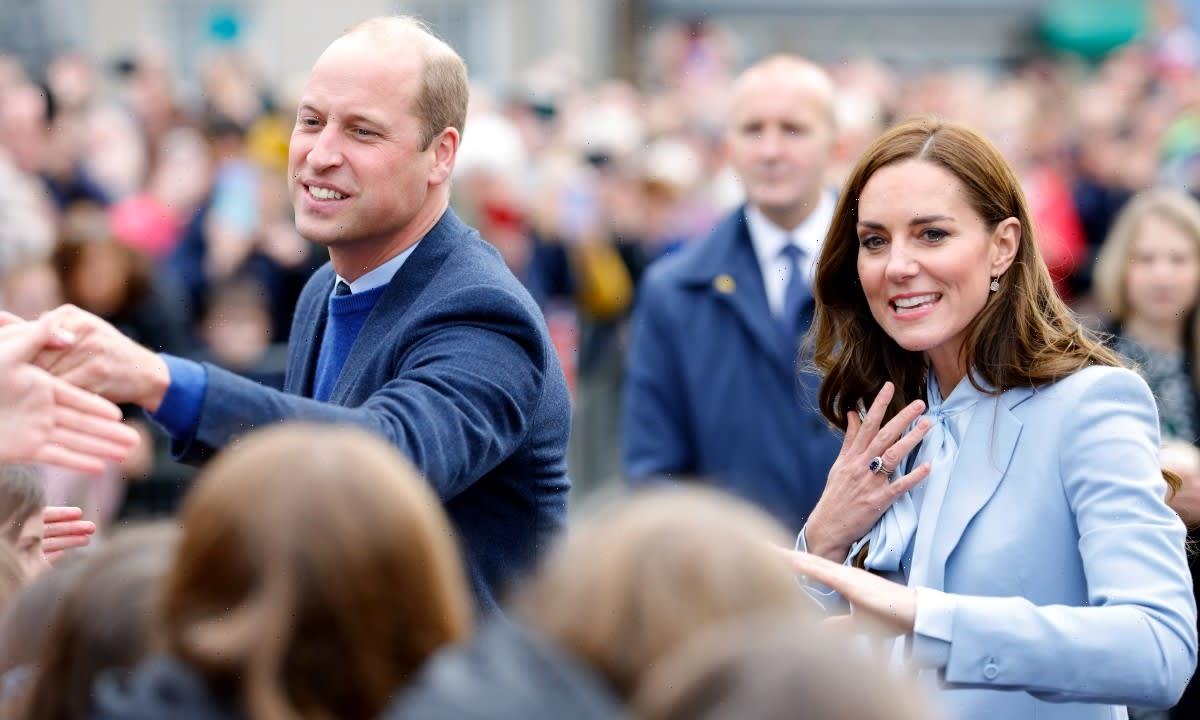 Next post ‘Emancipation Review: Peeling Back The Levels To The Story Of Will Smiths Whipped Peter
Related News
Lifestyle
Recent Posts