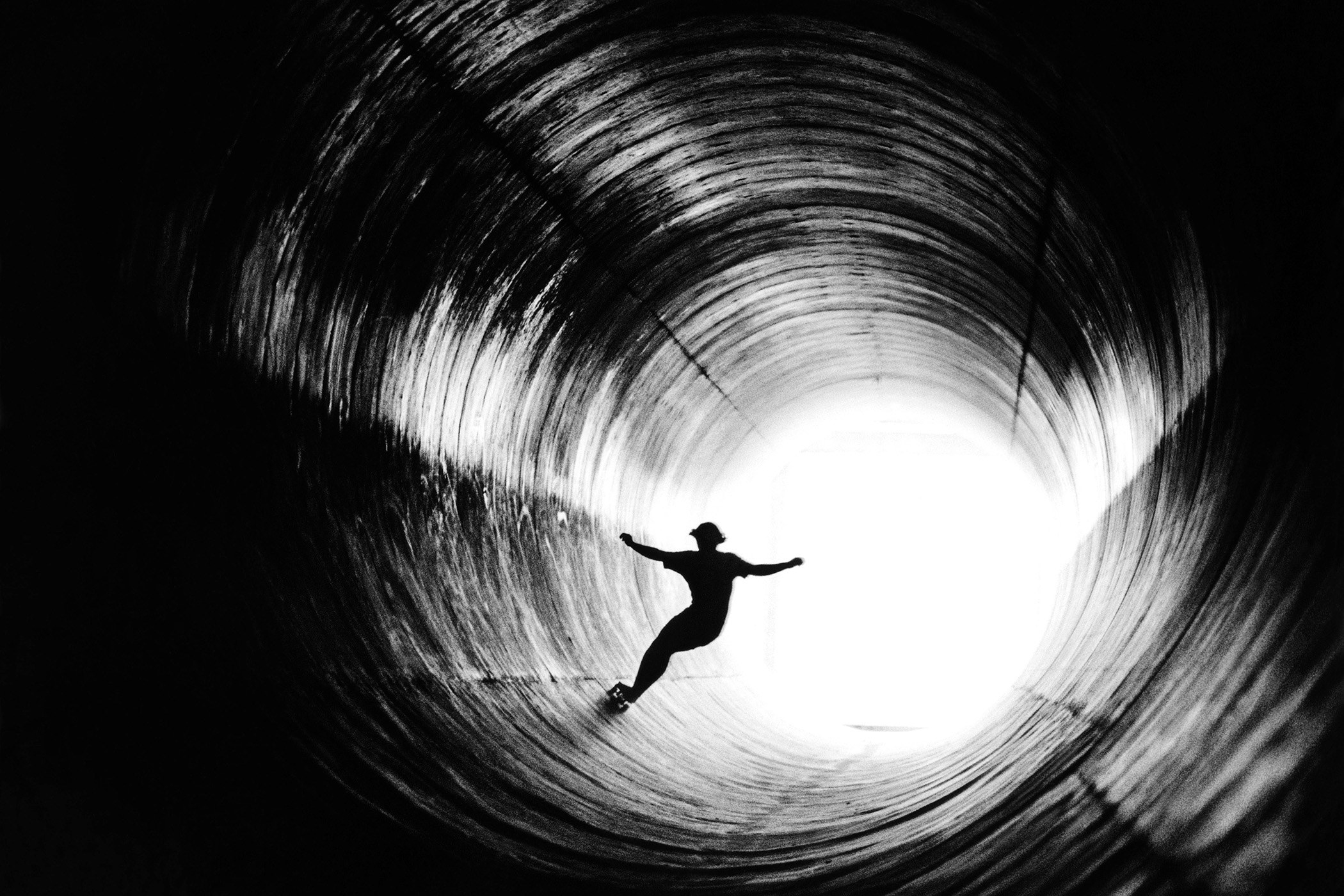 A skateboarder rides through a concrete storm drain in Claremont, California, 1975.

In 1975, a group of young surfers from Southern California entered the annual Del Mar National skateboard competition and changed the sport forever. Under the guidance of surf shop owners Jeff Ho and Skip Engblom, the Zephyr Competition Team, nicknamed the Z-Boys, shocked the industry by blending into their routines surfing techniques that would come to define skateboarding as we know it today.

Almost 45 years later, skateboarding has established itself as a billion-dollar industry and in 2020 will make its introduction as an Olympic sport at the Tokyo Summer Olympics.

A new interactive exhibit by Vans shoes in Venice Beach, California, called Black Rainbows — after a reference to the wheel marks left on walls after performing wall rides — explores the rich history of this sport by presenting artifacts and photographs from the history of skateboarding. Here, Zephyr Competition Team cofounder and skateboarding pioneer Jeff Ho shares with BuzzFeed News a selection of artifacts from Black Rainbows and his own testimony on the birth of modern skateboarding. 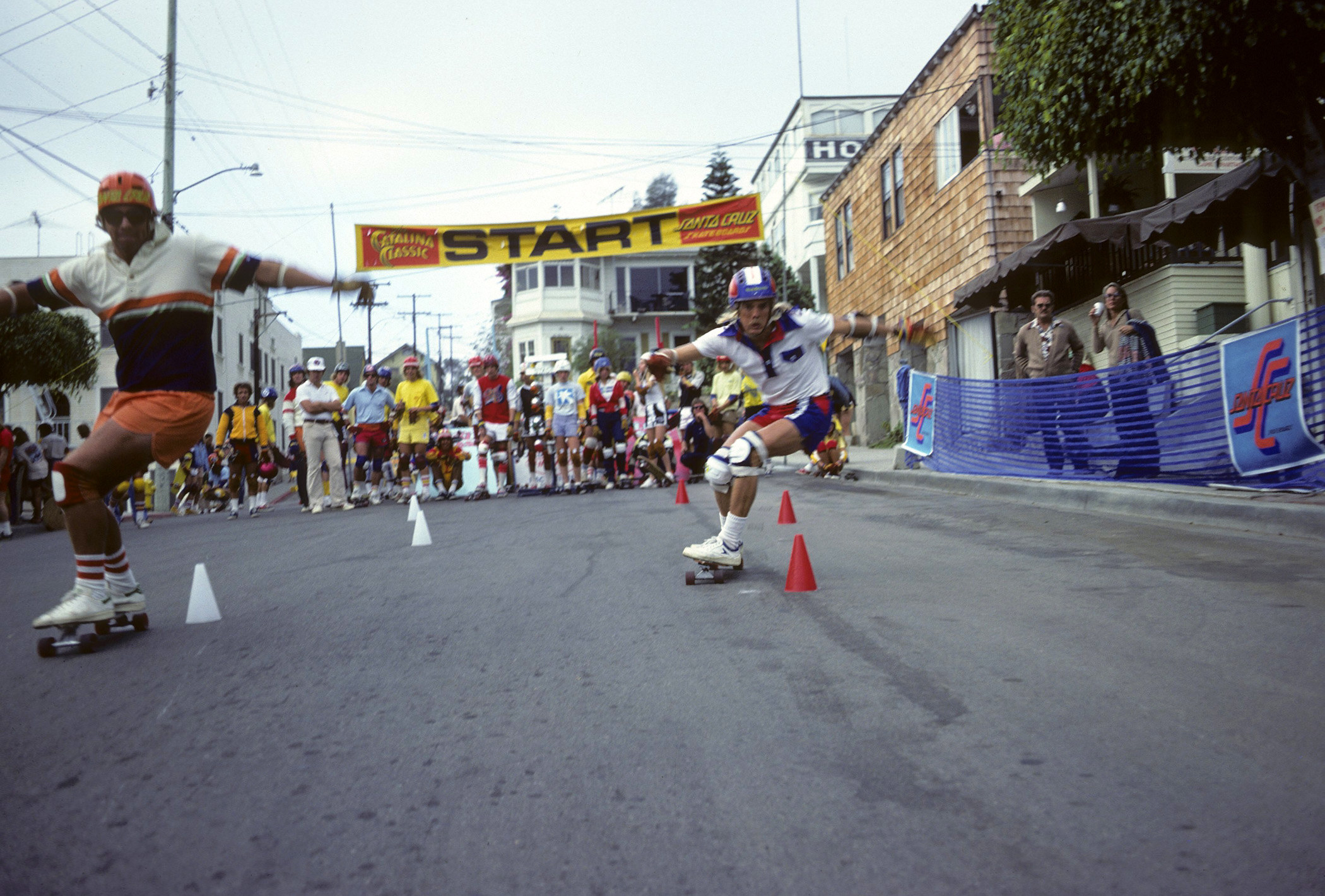 What happened in the ’70s that kick-started modern skateboarding?

At the time, skateboarding had taken a backseat to surfing. There was a lull with the sport in the ’60s, and it just wasn’t quite as popular. That all changed when urethane wheels came about and opened the door to a new world. The urethane wheel made the skateboard ride like it had grip, like it had four-wheel drive.

I knew something was going to happen in skateboarding, and that’s what inspired me to make the team. I had a surf team at the time, which quickly evolved into a skate team. These kids began integrating their surfing styles into the way they rode and then debuted these techniques in 1975 at an event called the Del Mar Nationals.

This changed the whole approach to skateboarding. It just blew the lid off everything! What we know as modern-day skateboarding — pool skating, vert, street — all evolved from this. 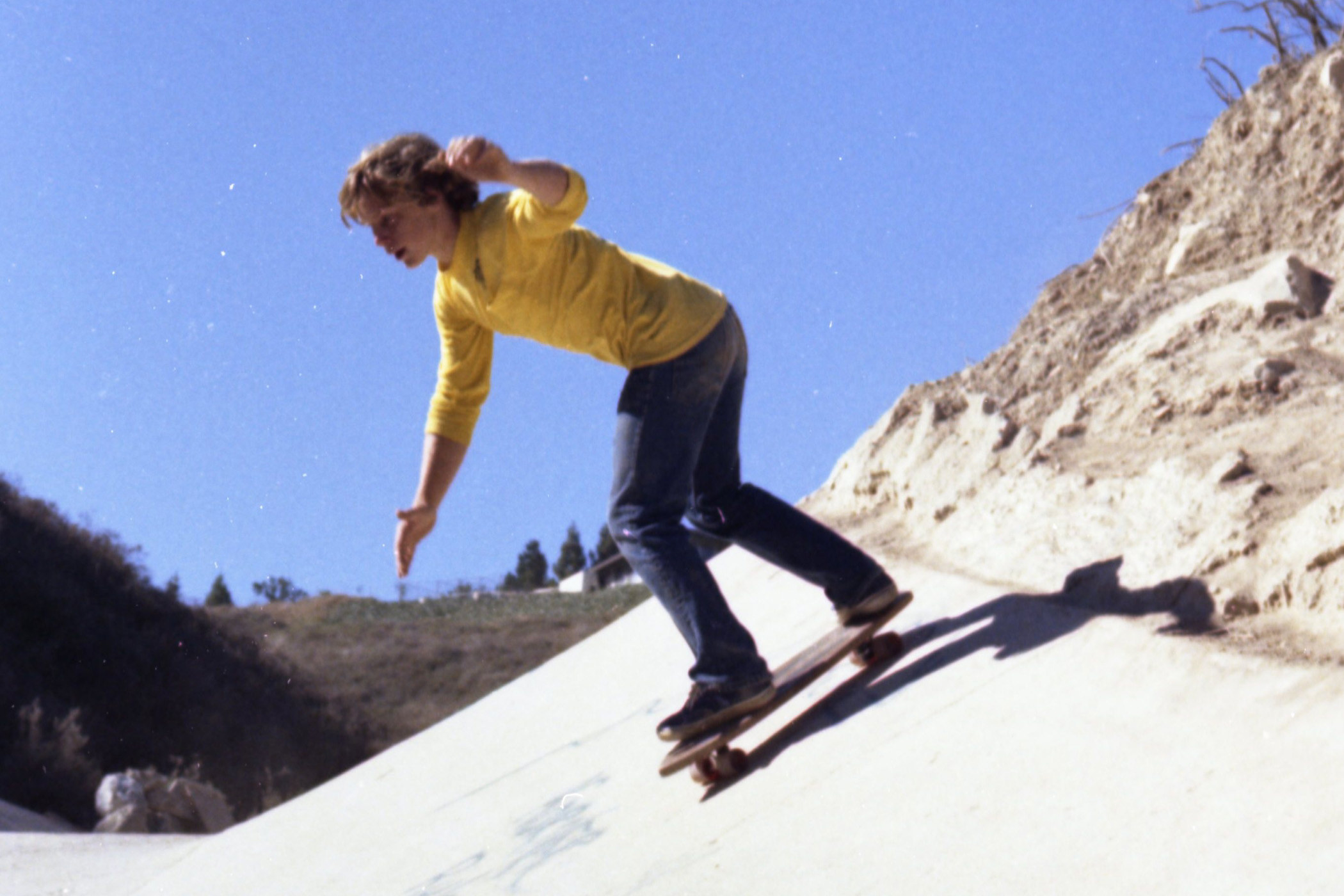 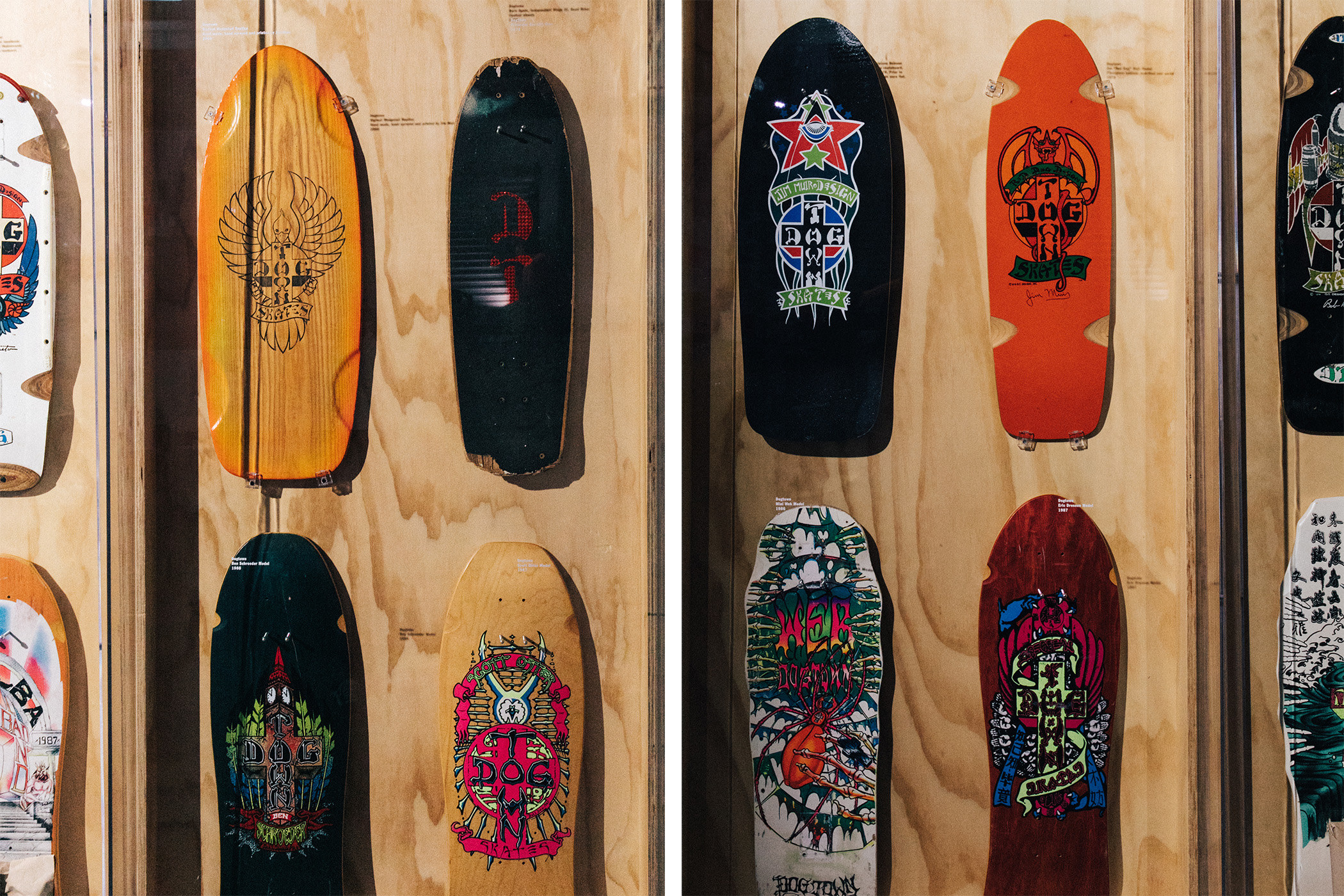 Skateboards from throughout history are displayed as part of the Vans Black Rainbows exhibit in Venice Beach, California.

Growing up in the 1960s, I always felt like an outcast. I was trying to build surfboards and was heavily involved in what became known as the shortboard revolution, which was an anti-establishment movement against mainstream manufacturing of boards. I was a renegade board builder in surfing and evolved into a renegade board builder in skateboards.

I really wanted to make an impact at Del Mar, and I think that’s exactly what we did. I wanted the world to see something new, something different, and what it could possibly become.

Who were these kids on your team and how did the sport change their lives?

Our area, the south part of Santa Monica, was a gritty area in the 1970s. Some of these kids were latchkey kids — they weren’t making it in school, but one thing they loved was surfing. And when they found skating, they found true passion.

I put them into a uniform, which today we’d call “streetwear” — Vans shoes, Levis, and these blue shirts with my logo on the back that read “Zephyr Competition Team.” In these uniforms, these kids had a sense of belonging. 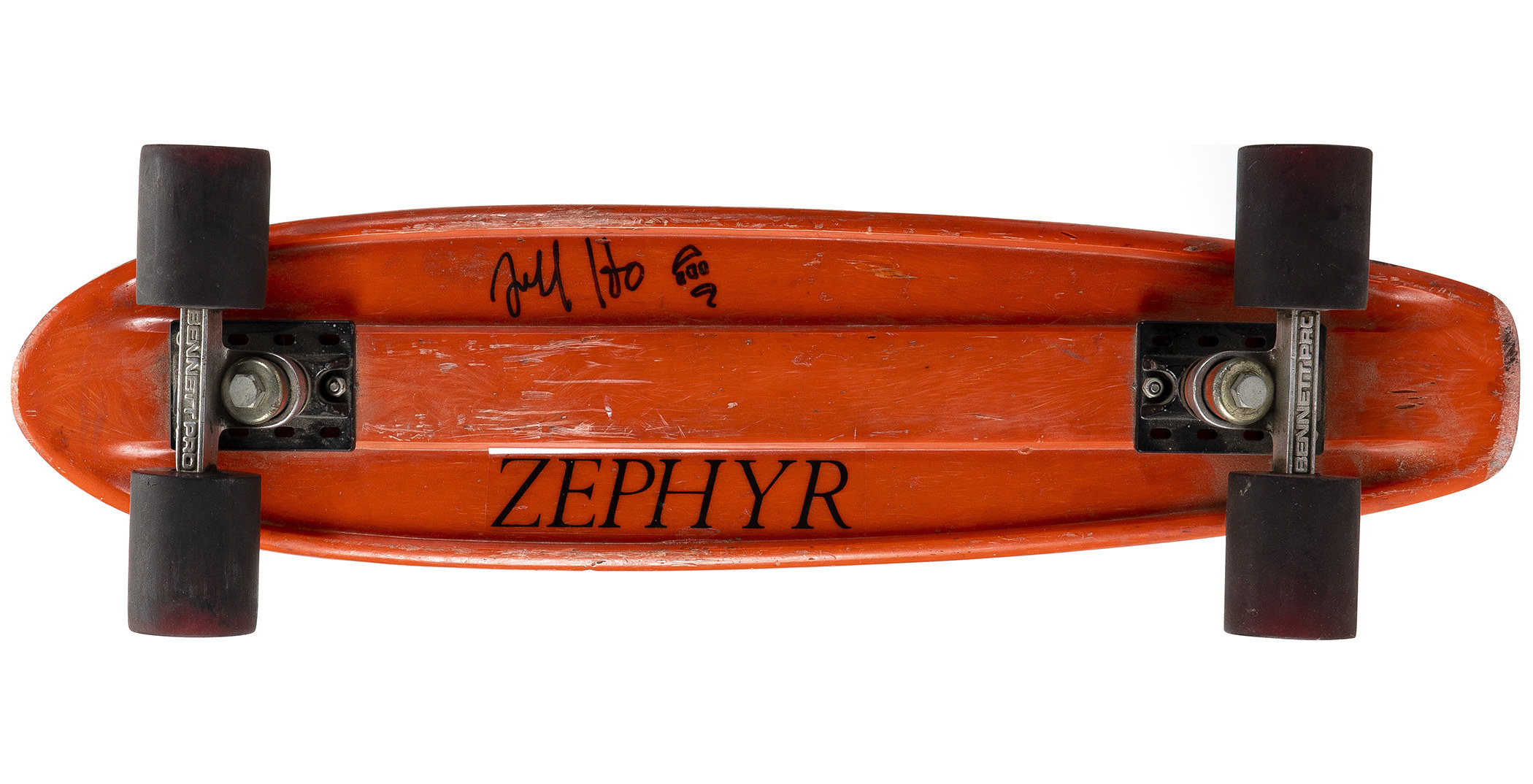 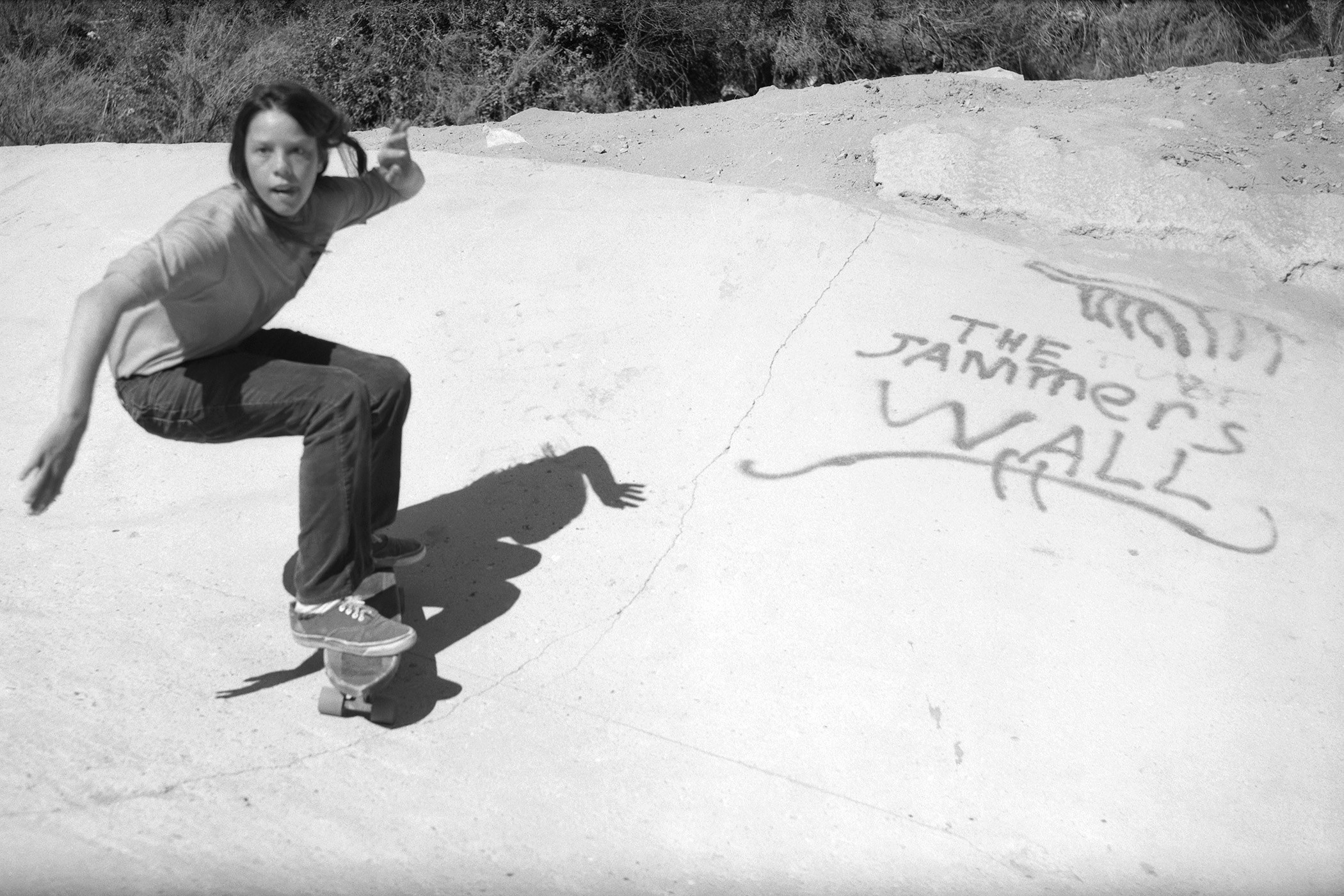 A young skateboarder rides in the Hollywood Hills area of Los Angeles, 1976.

You see, back then you needed to have long pants to skate because there really wasn’t any safety equipment. When thinking about footwear, I went with Vans shoes because I was familiar with the brand from their Duke Kahanamoku days in the 1960s and I wanted our shoes to have that surfing appeal.

I had those kids at the shop every Wednesday after school, showing me their new tricks and their routines. It wasn’t like they just got new uniforms and that was that — I had them training like professional athletes. They were no longer kids running around on the street, they were part of a group who were able to express themselves better. It gave them a group bond.

Skaters like Jay Adams, Stacy Peralta, and Jim Muir went on to become skateboarding legends. Tony Alva is one of those kids, and he’s since become a world icon who has developed an international brand and has been with Vans this entire time. Then there’s Peggy Oki, the only female skater we had at the time and who took first place at Del Mar and kicked everybody’s ass. She kicked ass so hard. 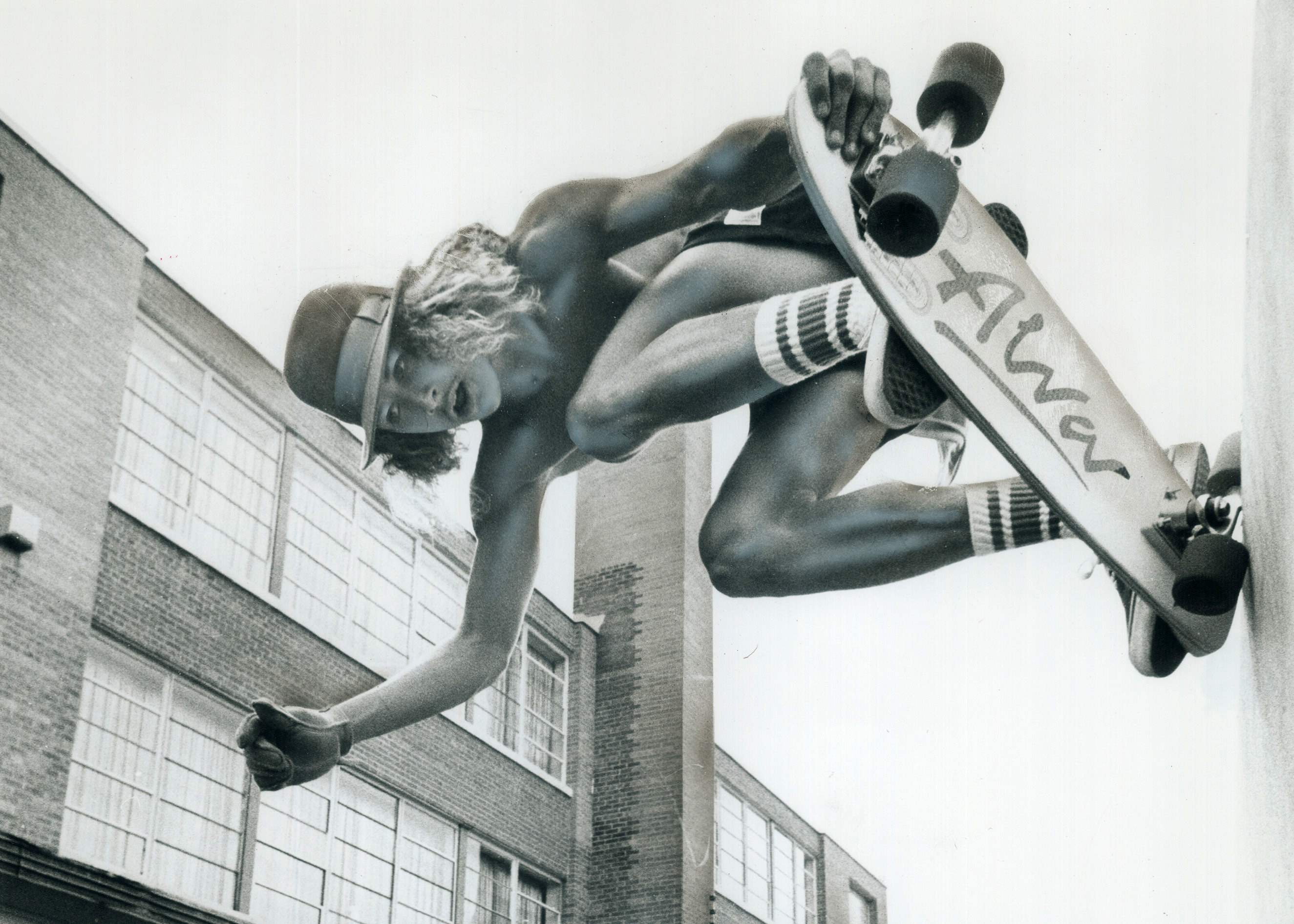 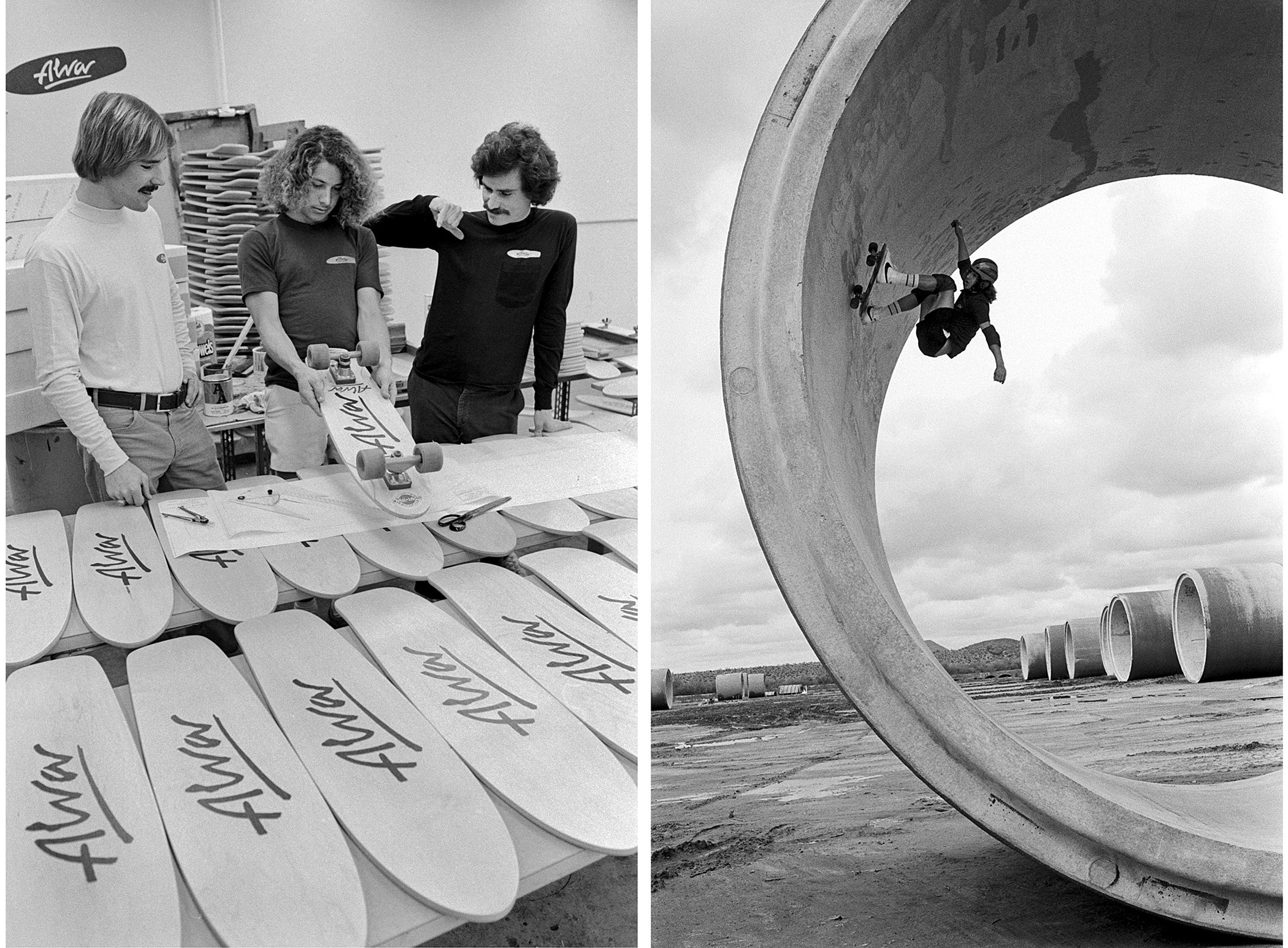 What can skateboarding offer kids today?

I believe that skateboarding can give anybody a sense of self-expression or freedom and it can help build self-esteem. You are not attached to that skateboard with bindings — you shove off, you push, you roll down the street, and that is true freedom. It’s beauty. It’s art. It doesn’t matter your gender or age — when you pick up a skateboard, you’re granted complete freedom and it’s unbelievable.

If people can feel that freedom and that joy, then it makes the world a more beautiful place. Anybody can do this, and I love what it can do for every individual. 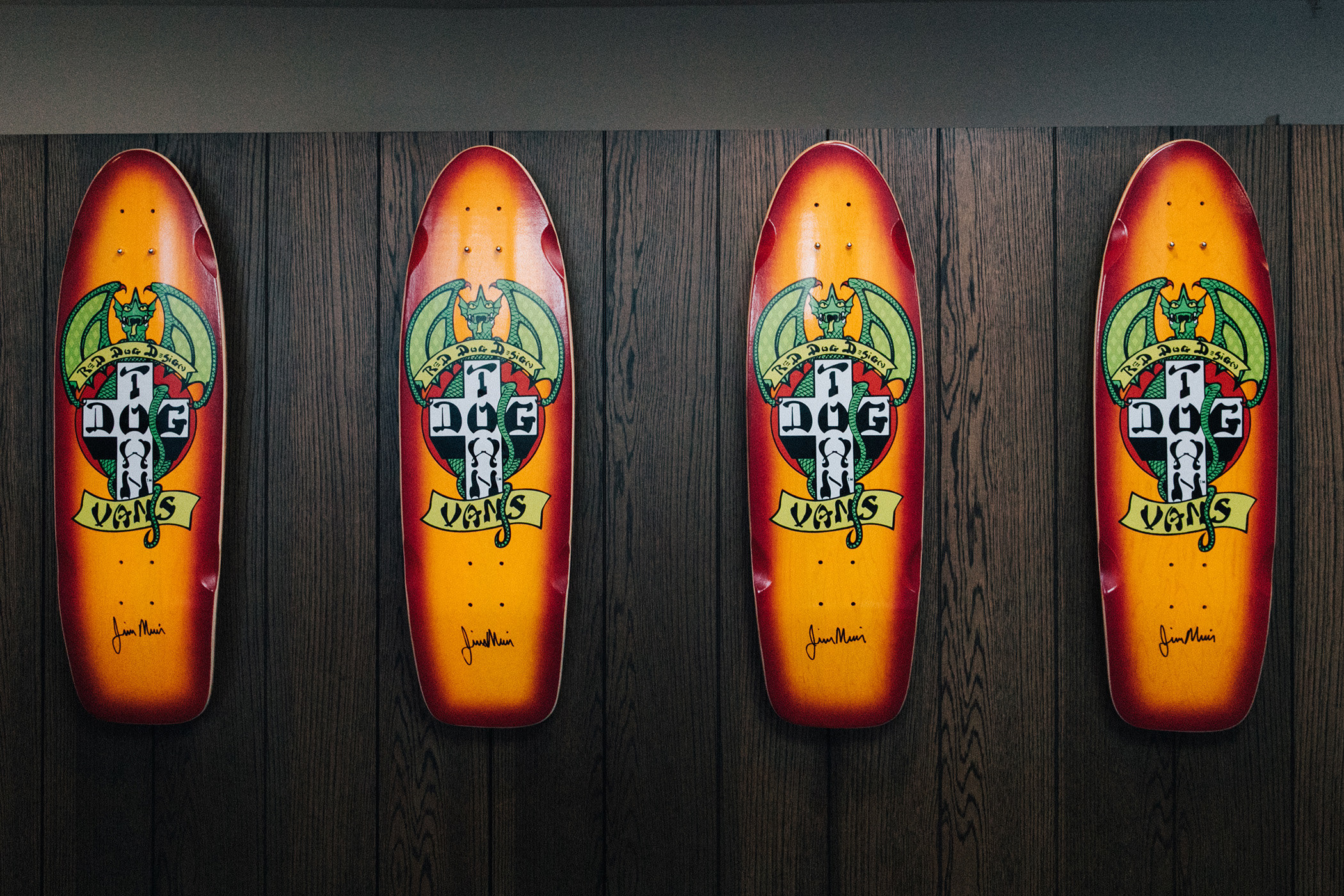 The Vans Black Rainbows experience is free and open to the public in Venice Beach, California, from Aug. 9–18.