Of all contemporary photographers, none has so rigorously explored the nature of his medium as Hiroshi Sugimoto. Since the mid-1970s, and working exclusively in black and white, he has devoted series of images to natural history dioramas, the interiors of movie palaces lighted only by their uncanny glowing screens and the historic personages of Madame Tussauds wax museum.

His photographs have stretched and reshaped the concepts of time, space and light endemic to the medium, and in the process they have altered our grasp of history, visual perception and existence itself. He has anointed fossils “the pre-photography time-recording device” and called photography “a process of making fossils out of the present.”

About two decades ago, Mr. Sugimoto turned to photographing iconic, mostly modernist buildings (the exception: the Temple of Dendur at the Metropolitan Museum of Art) and two years ago inaugurated a building of his own design, his idiosyncratic Odawara Art Foundation Enoura Observatory perched above Sagami Bay in eastern Japan. This month brings the publication of “Hiroshi Sugimoto: Architecture,” many of whose 100 images have never been published before, including two of the Enoura Observatory.

Roberta Smith, co-chief art critic of The New York Times, sat down with the artist to discuss the new publication, museum architecture and another Sugimoto book that has yet to appear in English. The interview has been condensed and edited. 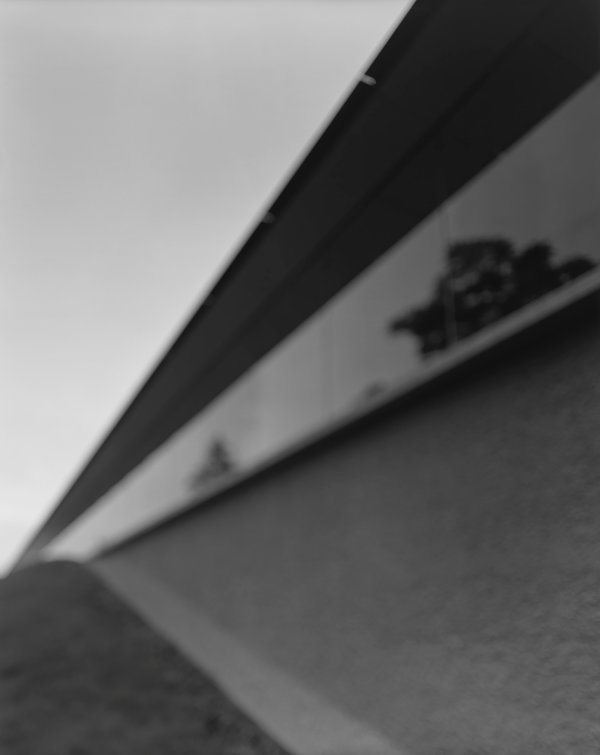 How did you start photographing buildings?

Your photographs of buildings are deliberately blurred, which reduces the architecture to a kind of essence, a geometric form without finishing or details.

Losing all the details brings back the fundamental concept. I’m trying to bring it back to the original vision of the architect.

When it is in a purer state. You’ve written that “a building is the result of an ideal making a compromise with reality.”

I’m interested that the captions in the new book don’t give the reader a lot of information about the buildings.

The name of the building, but not who designed it, when or where.

So it’s for the most professional people.

Well, not everybody knows everything. I know quite a few of them, but had to Google others. The Italian buildings from the ’30s I didn’t know.

I see. Just the name of the building. No location.

That says something about how you want them perceived. We’re supposed to experience the image on its own.

This looking at so much architecture seems to have led you to ask yourself, “What would I do if I were an architect?”

Yeah, sometimes I thought if I were this architect, I wouldn’t have done this.

You would have changed that.

Right. This is a mistake or failure. So several years ago I made this book in Japanese as a report criticizing the design of museums.

I know. I read about this book online and my first thought was: When is it going to be translated into English?

I never thought of translating it into English. It’s mostly for the Japanese market. I was kind of free to say whatever I said. I have this rating page; each museum has a short explanation and up to five stars.

So a lot of people think that, in the United States, the best museum, or one of the very best museums, is the Menil in Houston. Have you seen that one?

Houston. Yes, yes. That’s beautiful. The light from the ceiling is very nicely diffused but I never had a show there. The book only covers all the museums that have given me a one-man show.

I was really into each building. And I suffered a lot. This is a consumer report. A user’s manual.

Well, I’m begging you to translate it into English.

It was published like six, seven years ago, so now I have more museums to criticize.

Better still, an expanded English edition. I read that you ranked Peter Zumthor’s Kunsthaus Bregenz as the best.

He designed a space to make art look its best, which is quite unusual for an architect.

It looks like Pierre Chareau’s Maison de Verre, your photographs of which appear in the new book for the first time. Piano has done some pretty good museums. Have you photographed the new Whitney?

No. This was before the Whitney.

Right. Have you seen it?

What do you think?

It’s a storage area. It’s not a gallery. It brings people into the storage.

You should really publish this in English. You’re very opinionated. You once wrote that art today is “stilling into a breezeless lull.”

The worst museum in my consumer report is one César Pelli designed, the National Museum of Art in Osaka. Such a bad building.

What did you think of the César Pelli Museum of Modern Art?

The 1984 expansion. That’s when they had escalators across the big windows in the lobby overlooking the garden, diagonally. I mean, hello?

I attended the opening and was amazed. It was like a shopping mall.

And the beautiful original MoMA, with — I still remember when I went there, like in the early ’70s. The beautiful staircase —

It went up two levels.

And then “Guernica” was there at the top.

And the galleries had linoleum floors. Remember that? It was very humble and unpretentious.

Right. I photographed that Bauhaus staircase.

It’s in the new book opposite your photograph of the Taniguchi staircase in the lobby of MoMA’s 2004 redesign.

Taniguchi, no, no, no. I liked the original one better. The Taniguchi staircase is O.K. But compared to this, it’s —

They’ve restored the second flight of the Bauhaus staircase. So you can go all the way up to the third floor again. No “Guernica” of course, but it’s a big improvement.