This weekend I have … a half-hour, and I like late-night shows 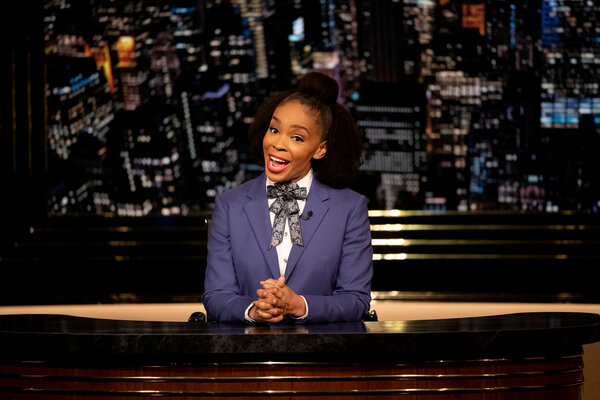 Amber Ruffin has been anchoring her late-night show on Peacock since September, and this week and next, NBC will also air the show in a bleak slot usually reserved for reruns of “A Little Late With Lilly Singh.” Here’s hoping it’s the first of many steps to raise the show’s profile because it seems to be doing just about everything right. Ruffin is funny and original, and in a genre where plenty of segments seem blah and interchangeable, the show is finding its own distinctive footing.

… a few hours, and I’m anxious

‘Survivorman’
When to watch: Now, on Discovery+, Hulu or Pluto TV.

Nothing is quite as good as the poetic deprivation of “Alone,” but “Survivorman,” which came out in 2005, paved the way not only for the survival genre on reality TV but also for its flourishing YouTube counterparts. Les Stroud films himself on various wilderness adventures, offering instruction on how to brave the elements and modeling safety-oriented ruggedness. On the one hand, sure, I miss being part of the world at large. But watching “Survivorman” is a good reminder that being on the couch is better than eating scavenged Norwegian moose fat while wearing boots made out of car upholstery.

… six hours, and I prefer the British ‘Office’

‘Stath Lets Flats’
When to watch: Now, on HBO Max.

This British workplace comedy has plenty of the cringe of “The Office” but not its intense misery; instead, there’s some of the wildness of “Peep Show” and even a little bit of warmth. Jamie Demetriou created the series and stars as Stath, a dopey real estate agent whose earring is so tacky and specific it could have its own Bravo show. (Stath’s sister is played by Demetriou’s real-life sister Natasia Demetriou, of “What We Do in the Shadows.”)

Stath is super cocky but wildly insecure, and Jamie Demetriou achieves a tricky comedy feat: Although the character’s behavior is often loathsome, there’s still a well for pity and compassion, even tenderness, toward him. There are only 12 episodes; assume you will watch them all twice.