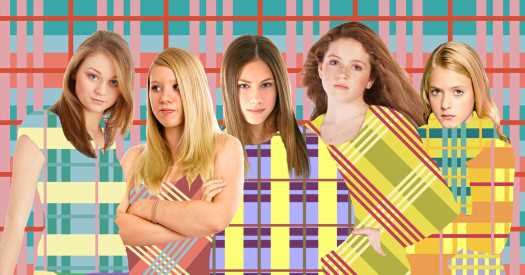 In 2005, I stopped rubbing my face with washcloths, for fear that I might stimulate early wrinkles. I asked my mother to buy me lower-calorie foods for breakfast. I became brand-obsessed, convinced that if I could own just a Coach purse or pair of Tory Burch flats, all my problems would be solved.

I’d internalized these beliefs from the Clique books, a popular series of novels by Lisi Harrison that follow a group of fabulously wealthy middle-school girls in Westchester, N.Y. As I clung to their every word, the stories taught me that other girls could not be trusted and that unpopularity, dowdiness and fatness were essentially worse than death.

In “The Clique,” the first of Harrison’s series, the mega-popular megalomaniac Massie Block and her three best friends Kristen, Dylan and Alicia — collectively known as the “Pretty Committee” — relentlessly bully a newcomer named Claire. They mock her middle-class wardrobe, love of sugary candy and general childlikeness. Where Claire wears Gap jeans and Keds to her first day of seventh grade, Massie wears a Moschino miniskirt and Jimmy Choo sandals. Claire captures moments with a pocket-size digital camera; Massie sums up her days with short “in” and “out” lists because, the book’s omniscient narrator says, “diaries could fall into enemy hands.”

I was not the only girl under the Clique’s thrall. From 2004 to 2011, Harrison published 23 Clique books (including a prequel, five novellas, a “Cliquetionary” and a manga) through Little, Brown and Company and repeatedly hit best seller lists. Tyra Banks’s Bankable Productions made a faithful, straight-to-DVD adaptation of “The Clique” in 2008.

By the late 2000s, our collective obsession with affluent teenagers was still in full swing. A “Beverly Hills 90210” revival and “Gossip Girl” had essentially saved The CW. More shows about the twisted superrich, like “Privileged” and “Pretty Little Liars,” would soon join the party. And I was spending every trip to my local Borders pawing through the Y.A. section for more novels about mean, rich girls. As a scholarship student in private schools, I spent much of my adolescence fascinated by how the other half lived. And my fixation had started back in grade school, when I picked up “The Clique.”

Rereading the Clique books as an adult, I was shocked to discover that they are intended as satire. Massie’s precocity is often just for show, and she is constantly learning that true friendship is more valuable than Fendi or facials.

“I wanted to show you how despicable bullying, snobbery, and elitism are by creating a character — Massie Block — who worked tirelessly, and often heartlessly, to maintain her alpha status,” Harrison wrote in her foreword to the final Clique book, “A Tale of Two Pretties.”

But as a preteen and young teenager — i.e. the series’ target audience — I wasn’t equipped to pick up on parody. I thought Massie was awesome: She had a quick mind and a sharp tongue, knew all the “right” things to wear and owned everything a mid-2000s girl could want, including a desktop Mac, a PalmPilot and a horse. Even rereading the books now, I find Massie compelling. She’s witty and dramatic, the main driver of most of the books’ plots. I get the sense that Harrison fell in love with her monster and didn’t have the heart to sideline her.

Were the series truly interested in promoting healthy girlhood, Claire should have been its standout protagonist, forever denouncing the Pretty Committee’s superficial ways. Instead, she falls into the Clique’s ensemble cast, led by Massie, and fights to join the group. Her exhortations that young girls should prize comfort over comeliness become a cutesy trademark. Kristen is the sporty one; Dylan, a size six, is the “fat” one; Alicia is the one with the C-cup breasts; and Claire is the one who thinks it’s OK for middle-school girls to be themselves.

Dylan constantly tries new diets at the behest of her celebrity mother, and Alicia’s breasts get called out by size nearly every time she enters a scene. The books hardly sympathize with Dylan, painting her negative self-image as a laughable side effect of her wealth instead of treating it with horror or gravity. Boys are obsessed with the buxom Alicia, and she capitalizes on this to try and out-popular Massie. As a young reader, I gathered that eating disorders were frivolous — but also that healthy appetites (and above-average bustlines) were shameful.

For the Clique books to be successful works of satire, they would have to spend more time critiquing superficial materialism and less time glorifying it. A quick, unscientific keyword search across the series’ 15 books and five novellas found 421 references to lip gloss, while the word “smart” only made 39 appearances. Inspired by the adult-seeming protagonists, I wore eyeliner and high heels to my middle school dances and got my uniform skirt hemmed as high as my parents would allow. My mother, who prefers cargo shorts to cashmere sweater sets, was baffled by my behavior.

The series does little to subvert preconceptions of “mean girls,” a wildly popular subject during my childhood thanks to the movie of the same name. Massie is undeniably cruel, but she never suffers any real consequences for her actions. Though she alienates her friends, they always come back together, and even apologize to her for leaving. Their attempts to escape Massie’s clutches are mere speed bumps on her road to world domination. The books’ names say it all: “Best Friends for Never,” “It’s Not Easy Being Mean,” “P.S. I Loathe You.”

I was not a popular kid in middle or high school. I loved my dorky, funny friends, but I wondered what it would be like to be one of the girls that all the boys in my school had crushes on. They seemed shinier than me, somehow. And partly because of books like the Clique series, I hated them indiscriminately. I gossiped about them to my friends and called them names behind their backs, because I figured they were doing the same to me. In seeking to escape the mean-girl behavior I so desperately feared, I became, in my own way, a very mean girl.

Girls undoubtedly bully other girls, and are increasingly doing so online. But our society has always loved to raise a magnifying glass to female misbehavior, and in the mid-2000s we were inundated with mean girl literature, from pop psychology books to “The Clique.” “Mean Girls” — which came out when I was in the third grade — overtly criticizes the phenomenon through satire, but it still links cattiness to femaleness. I have to wonder: As a girl, was I destined for meanness, or had essentialist ideas about “girl behavior” vs. “boy behavior” taught me that in order to correctly perform girlhood, I also had to be mean?

It’s been about 15 years since I first picked up “The Clique.” In that time, I’ve gotten more comfortable with my intelligence, calorie intake and penchant for loosefitting clothes. I’ll take ChapStick over lip gloss any day. And I think teenage girls are probably one of the least understood groups in our society.

Still, even after a women’s college education and a lot of therapy, I rarely rub my face with washcloths. I can’t shake that anxiety about the wrinkles. 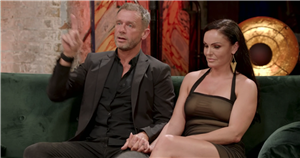 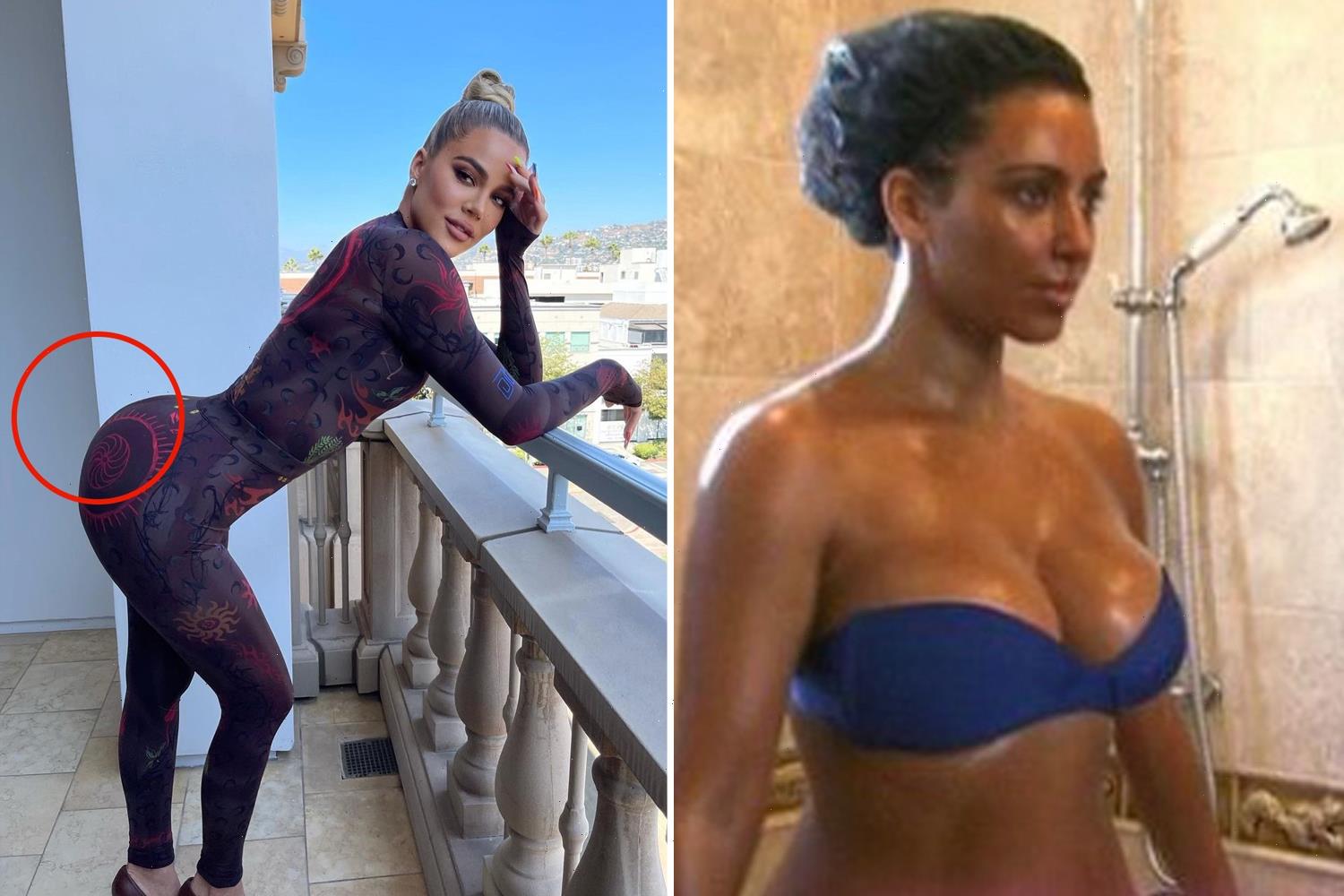