Warning: This post contains mild spoilers for “The Boys.”

Amazon’s new superhero series, “The Boys,” tackles many culturally and politically relevant topics. Showrunner Eric Kripke, who cocreated the series with Seth Rogen and Evan Goldberg,told Business Insider that while developing the show, the three “looked at each other and said, ‘Jesus Christ, I think we could be making one of the most current shows on TV.'”

So when it came time to tackle a moment of sexual assault from the Dynamite Entertainment comic of the same name that the show is based on, it was shaped by real-life forces.

READ MORE:How Amazon’s new superhero TV show, ‘The Boys,’ was shaped by Trump, Me Too, and ‘sweet, sweet Bezos money’

“We were in the middle of writing it all and then the Me Too movement happened,” Kripkesaid in an interview with Business Insider earlier this month. “We revised the whole storyline.”

In the series, Annie January/Starlight (played by Erin Moriarty) is sexually assaulted by a fellow superhero known as The Deep (who is basically an Aquaman satire). A similar scenario plays out in the comic book by writer Garth Ennis and artist Darick Robertson, and Kripke said there were discussions about whether to even bring the moment from the page to the screen. 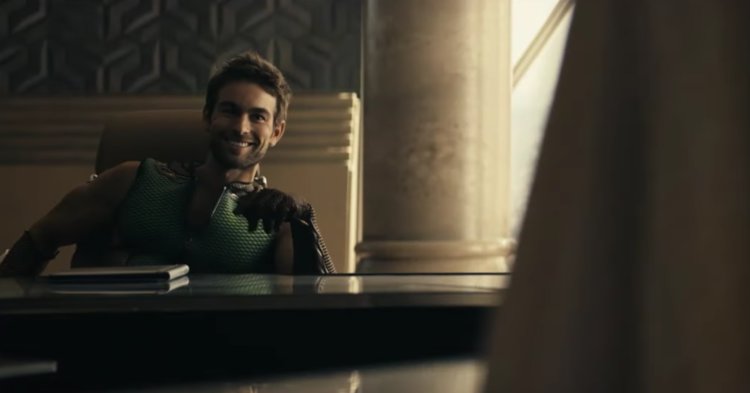 “One of the first questions we discussed when taking the project is: Are we going to do the moment when Starlight is sexually assaulted?,” he said. “And even this was a year or so before the Me Too movement. I was nervous. I thought it might be too far. But every female producer on the show said, ‘You have to do it, because we’ve all experienced a version of it to varying degrees in our careers.’ And I said, ‘All of you?’ And they said, ‘All of us.'”

Once they decided to move forward with the storyline, Kripke said he was “nervous as s—.” But he wanted to get it right.

“The books play it out as shocking and I said, if we’re going to adapt it, let’s present it with the greatest responsibility and present it as the horror movie that it is,” he said. “There was a lot of debate, balancing, and angst right up until shooting. When Erin Moriarty came on board the show, we had a long conversation with her about it. We polled everybody because we wanted to make sure we were getting it right … It’s the most serious thing I’ve ever done.”

Kripke said that Starlight was originally going to get payback on The Deep “through behind-the-scenes ways.”

“The women in the room said she can’t go public,” he said. “We don’t live in a world where she’s allowed to go public.”

But then Me Too happened. After dozens of women accused Hollywood producer Harvey Weinstein of sexual misconduct in 2017, it prompted a wave of men and women to come forward with their own accusations against prominent figures like Kevin Spacey and Louis C.K.

“Now she has recourse and the ability to go public,” Kripke said.

READ THE FULL INTERVIEW WITH KRIPKE ON THE MAKING OF “THE BOYS”HERE.