Last May, under layers of dense clouds, two tankers idled side by side in waters near Taiwan, one passing oil to the other. Weeks later, one of them docked in Nampo, the main port of North Korea. That ship, the Diamond 8, has repeatedly supplied oil to that country, violating United Nations sanctions aimed at limiting North Korea’s imports of refined petroleum, according to U.N. reports. North Korea needs oil for civilian purposes, but also for its ballistic and nuclear weapons program.

A new video by The New York Times’s Visual Investigations team tracked the Diamond 8 and traced the networks of ships and companies around it, the result of months of work by more than a dozen journalists in the unit and from other desks, including me, a reporter and producer with experience covering China.

By reviewing satellite imagery, examining vessel reports, sifting through corporate records and interviewing key players, we were able to untangle a web of companies and individuals across Asia connected to the oil.

Tracking networks like these is a key part of our team’s work. My colleague Christoph Koettl, who previously reported how Kim Jong-un gets his Mercedes, talked with the Royal United Services Institute (RUSI), a British think tank, about its planned report that would include a systematic analysis on illicit oil deliveries to North Korea and would identify specific ships. The report was published jointly with the Center for Advanced Defense Studies (C4ADS), a nonprofit organization that researches global conflict. After talking to RUSI, Christoph started to dive into the reporting. He wanted to focus on one ship to represent the larger story about how North Korea gets oil on the sly.

To start, he spent weeks mapping out ship-tracking data and reviewing low-resolution satellite imagery of ships at the Nampo port, where the Diamond 8 had sailed. He identified a possible match to the Diamond 8 using the ship’s measurements and other visible features in higher resolution images. That match was confirmed by experts at RUSI and was the first discovery of our investigation: a previously unreported trip that the Diamond 8 made to North Korea. 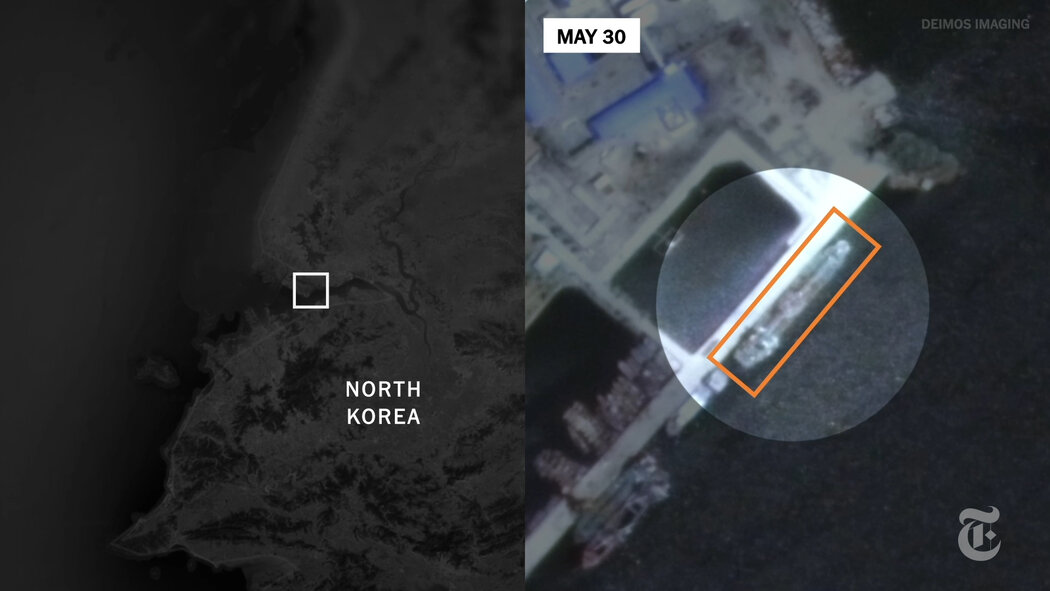 We then set out to solve a more challenging problem: Who controlled the Diamond 8? To answer that question, we brought together several colleagues across the newsroom to use their expertise and report on the ground: Stella Cooper, a Times fellow experienced in organized crime investigations; Amy Chang Chien and Paul Mozur in Taiwan; and Hannah Beech and Muktita Suhartono in the South East Asia bureau. C4ADS has looked into the same ship and its surrounding networks for years and shared some crucial evidence with us.

Christoph, Stella and I used several websites that aggregate information of vessels to get an understanding of all companies that had managed or owned the Diamond 8, and we did the same for the ships that provided oil to it. Then we pulled their corporate records from public company registries.

I read through company files, news reports and court documents that were in Chinese. We collected all of the information of the companies, individuals and vessels in spreadsheets, and used a software tool to visually represent this maze of connections, which brought these intricate relationships into focus. Once we mapped out different types of connections, and color-coded them based on location, we started spotting patterns.

We noticed that a handful of entities had connections to the Winson Group, a multinational oil trader with headquarters in Singapore, primarily through its Taiwan operation Winson Shipping. The Winson Group’s founder, Tony Tung, faced multiple smuggling and bribery investigations. His only conviction was later overturned.

I also discovered that some of the people in the maze, including Mr. Tung, were linked to the same small village in Fujian, a coastal province in China. One of them, Tsoi Ming Chi, had connections with the Diamond 8’s management company, as well as Winson Shipping and the Winson Group.

The bill of sale for the Diamond 8 was more telling. The owner on paper told us he knew nothing about the ship. Something didn’t add up, so we tried to find out who sold it to him. Then, I noticed the person signing on behalf of the seller appeared to be the name of Mr. Tsoi’s daughter, after I found a record, in Chinese, of temple donations.

After we had examined the paper trails of all the companies and vessels of interest, we turned to traditional reporting techniques to gain a better understanding of how everything was intertwined. 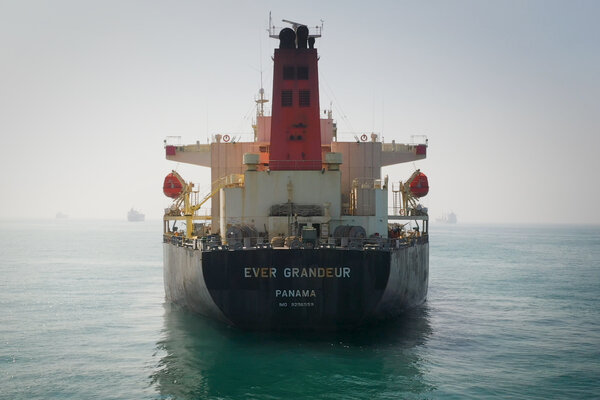 As we approached the end of reporting, we started to plan for the story’s video production. Telling such a complex story visually in a way that would be easily understood would be challenging. So we hired videographers to film on the ground in Taiwan. Aaron Byrd, a motion graphics editor, worked closely with Natalie Reneau, a video editor, to experiment with dozens of different executions.

Thanks to them and so many others, we were able to distill the endless details and tell the story of one ship and its global implications.