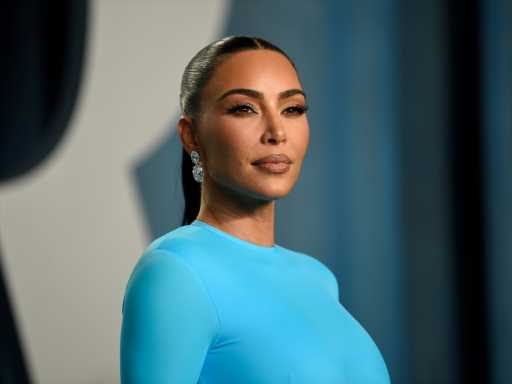 The Kardashians can’t seem to get away from the Photoshop accusations lately. We know that Khloé Kardashian fessed up to adding her daughter, True, into Disneyland snapshots. Now, fans are accusing Kim Kardashian of altering boyfriend Pete Davidson’s nose and jawline.

It was the Instagram account, ProblematicFame, that first pointed out the possible alterations to the Saturday Night Live star’s face. The account seeks to spread “awareness on how instagram can impact beauty standards,” and Davidson is fair Photoshop game when he’s dating a Kardashian. They posted an Instagram Story showing off his profile on the NBC show, labeling it “reality” and what it looked like on Kim’s account. “instagram,” they wrote over the reality star’s post. (See comparison photos HERE.)

According to Page Six, who saw the original photo via a source, the accusations are false. “Pete’s nose and neck appearance were not altered in any way,” a Kardashian insider shared with the outlet. “The image shown in the side-by-side shows his face at a different angle, and he is smiling larger so it cannot be an apples-to-apples comparison.” While Davidson’s jawline is safe from Photoshop edits, for now, the entire family is guilty of constantly putting out the image they want fans to see — whether it is real or not.

Kim defensively responded to Andy Cohen’s questioning on the Keeping Up With the Kardashians finale special last year about “promoting unattainable standards of beauty.” She had a firm answer for the talk show host, explaining, “No, I don’t, because I think we get up, we do the work, we work out.” There’s no doubt Kim works hard, but she also has access to the best trainers, chefs and dermatologists because of her wealth — and it doesn’t help that all of them are quick to Photoshop an image to their liking. Whether they want to acknowledge it or not, they are public figures who constantly influence beauty standards. They don’t need any edits — and neither does Davidson.

Before you go, click here to see some of the most dramatic celebrity transformations of the past decade.