Two months before Woodstock, Joan Baez released her 11th LP, “David’s Album.” The title referred to her husband at the time, David Harris, who, by the early Saturday morning Baez sang, was in prison for resisting the draft. Baez was also six months pregnant and the most politically active artist on the bill, with a passion that moved her to try to mobilize the partying, tripping masses.

Baez, 78, has an ornery, defiant streak that was evident when she called for this interview from her home in the Bay Area. Woodstock was a lot of fun, she said, but fun doesn’t change the world, and change is what motivates her. So she remembered the festival with a mixture of glee and disappointment, and a little bit of don’t-look-back.

She discussed the allure of Bob Dylan, the dangerous pull of nostalgia and her relatively stuffy behavior in the 1960s. These are edited excerpts from the conversation.

When fans ask you about Woodstock, what do they want to know?

They remember their lives and what was going on for them: “My mother wouldn’t let me go,” or “I was stuck in traffic on the highway.” This three-day hoo-ha is an important thing. But it was not a revolution. It was revolutionary, in that the cops put their guns away and smoked pot. 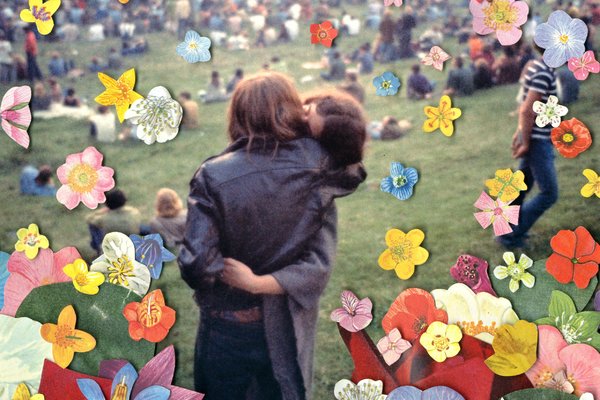 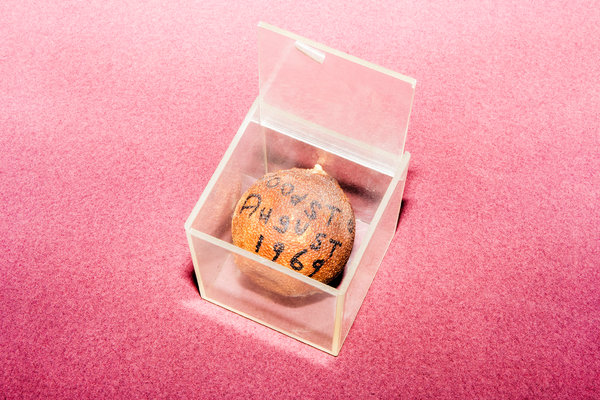 What do you mean it wasn’t a revolution?

Though a few people were singing about the war, like Country Joe, it was a joy festival. Nobody was really thinking about the serious issues. I was graceless enough not to just accept it. A revolution, I would think, involves taking risks and going to jail and all that stuff that happened in the civil rights movement and the draft resistance.

You were an exception to the apolitical tone of the festival, weren’t you?

I was still in my own mode, which was talking about what was going on outside. David was in jail, I was pregnant, and it was all about changing the world and taking risks. I know people got bored with me talking about it, but my mission continued, even into this big festival.

You were generally older — 28 — and more serious than the other Woodstock acts. Did you feel like an outsider?

I was always an outsider. One, I was a girl. And two, I didn’t do drugs or drink alcohol. I remember running into Janis Joplin a couple of times. I said, “Oh, Janis, you’ve got to come over for tea some time.” She held up her bottle [of booze] in the paper bag. I was a political activist, and there were not many of those at Woodstock.

[Laughs.] No, she was just wonderful.

I’ve run into this before, like at Live Aid. What do I sing? Not everybody knows me, and my music isn’t rock ’n’ roll. So at Woodstock, I did “Swing Low, Sweet Chariot,” which was a showstopper. I knew that would “work.” Richie Havens, who opened the show, was somewhere in between. He was a folk singer but he rocked out. If I could’ve rocked, I would have!

During your first song, you said brusquely, “Sit down, please” to the crowd. Do you remember why?

You mean I said please? [Laughs.] I was kind of a shrew. They were sliding around in the mud and having a good time. In rock ’n’ roll, nobody cares if people are listening. I cared. I was always like that, even playing the coffee shops. In the early days, say at Club 47 [in Cambridge, Mass.], they came there to play chess and talk. And I wouldn’t tolerate anybody turning the page of a book! Seriously.

The way you describe yourself, it’s almost as if you thought you were priggish.

That’s a good word. I was also deathly shy, and I’m sure I had stage fright.

You were the first of three acts who sang Bob Dylan’s “I Shall Be Released” at the festival. What was it about that song that resonated so strongly at the time?

Dylan’s stuff is still the best we have. There are a lot of great songwriters, but pretty much everybody pales next to what he cranked out. So it was partly because people could sing that song. You couldn’t sing all of what he wrote, nor what other people wrote. I guess it’s anthemic. And that’s the trick. A lot of people write good songs, but when you need an anthem, we’re still going back to music from way back then.

You went on at about 3 a.m., finished at 4 a.m., and then stayed for the rest of the festival. Do you have any specific memories of being backstage for all three days?

There was some unique stuff. I was in Joe Cocker’s little van, and somebody poked their head in and said: “Is everything O.K.? Joan? Are you sure? Are you O.K.?” They thought I was giving birth, because everyone was so anxious to have another birth happen. [There were rumors of a baby born at Woodstock.]

What did you do to avoid being dosed?

I just didn’t take anything that looked weird. “Breakfast for 400,000 people,” well, I don’t think I want to get near it. [Laughs.] In those days, when I’d sing, people would put capsules on the stool next to me. I’d stuff them in my purse, and, of course, they’d all turn to powder. And that was probably some really great stuff, you know?

How did you keep busy for those three days?

I played one of the little sideshows [on the free stage at the Hog Farm], which was like an open mike. I sang, “I Shall Be Released,” and a guy who was stark naked and had flowers in his hair started winding his way down to the stage. I cut out a chorus in the song, because I didn’t want to deal with him. It was wonderfully crazy.

In your memoir “And a Voice to Sing With,” you wrote that Woodstock and the ’60s were “over and will never return. I do not miss it.” I found that a little surprising.

People always ask me, “Are you nostalgic?” And I say an emphatic “No.” When I get into nostalgia, it’s so deep that I can’t afford to do it very often. Thinking about the old days is too emotional, which is probably why I was that emphatic. As I get older, I can afford it. When I’m not being defensive or protecting myself, then I’m as nostalgic as the next guy. It just doesn’t last very long. On the last tour, some guy called out, “Sing ‘The Night They Drove Old Dixie Down.’” And I said: “Ugh. It’s a really good song, and I’m really tired of singing it.” So I didn’t do it.

During Woodstock weekend, were you aware that there were only a few women on the bill?

No. Partly because I was so egocentric that I didn’t think about it. I had dinner with Gloria Steinem the other night, at Judy Collins’s birthday party. We talked about the one time we’d met, which I barely remember. She [Steinem] said, “We were trying to recruit you.” I said: “Oh. Was I horrible?” She said: “No. We just couldn’t recruit you.”

Once you get to be a “star,” it doesn’t matter what sex you are. So I didn’t have the experiences many women had, battling for a job. I became star material when I was 19, and I didn’t have to battle. I was an exception.

So I wasn’t part of the feminist movement. People always assume things about me. They say “She’s involved in this and this and this,” and then they name something I wasn’t involved in. “Joan Baez is here, she’s a vegetarian.” Which I’m not.

“In fact, I’ll have a roast beef sandwich!”

You betcha. Gimme. You know what Chris Rock said: “If you’re lucky enough to get your hands on a steak, bite the [expletive] out of it.”

[Moments after the phone call ended, Baez called back.]

It’s Joan again. I just wanted to add one thing. A revolution or even social change doesn’t happen without the willingness to take risks. And the only risk at Woodstock was not being invited.