The 1998 John Waters movie “Pecker,” about a young photographer on the rise, lovingly skewers the art world, with one of the filmmaker’s longtime muses, Patricia Hearst, playing a pretentious photography collector.

This week, it is Mr. Waters who is taking on the patron role in real life, announcing the bequest of 372 works by 125 artists, the bulk of his personal collection. The trove will go to the Baltimore Museum of Art, his hometown institution, after his death, although the works may be exhibited in 2022. 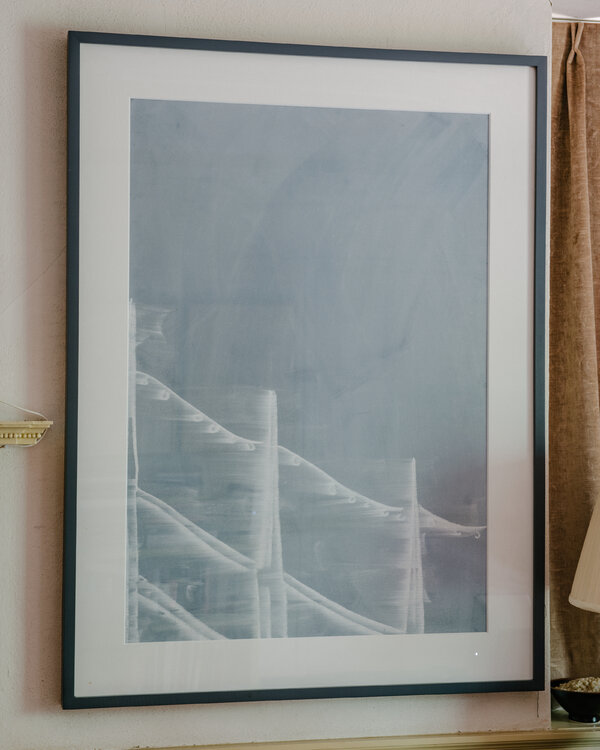 It’s a classy lineup, not always what you expect from Mr. Waters, 74, given his carefully developed reputation as the Pope of Trash, a nickname earned most vividly for the scene in his 1972 cult classic “Pink Flamingos,” in which the performer known as Divine eats dog feces.

On a Zoom call the other day, Mr. Waters savored the ironies in his ebullient, amused, fast-talking way: “I’ve always said you have to know good taste to have good bad taste.”

The Baltimore Museum’s director, Christopher Bedford, put it this way: “Though outrageously vulgar in his work, John is himself a man of extraordinary refinement.”

Mr. Bedford noted that the collection fills gaps, given that, for instance, the institution has no works by Mr. Demand or Ms. Opie. “It’s a complementary set of works,” he said.

The bequest announcement comes as good news for the institution, which recently called off its attempt to deaccession three valuable works, by Andy Warhol, Brice Marden and Clyfford Still, to create funds for acquiring works by people of color and to boost staff salaries.

Outcry from some in the museum world, in particular a group including Arnold Lehman, a former director of the museum, persuaded Mr. Bedford to withdraw the works from Sotheby’s at the last minute.

During our video chat, which took place just before the October sale was abandoned, Mr. Waters made clear that while he supported the goals behind the plan, he wasn’t a fan of the deaccessioning.

He wasn’t worried about the museum eventually offloading the works he is donating. “They can’t sell,” he said. “My collection is restricted.” The gift stipulates that the museum cannot deaccession the works.

The controversy was ultimately a side issue in the conversation with Mr. Waters, who has been fiercely loyal to Baltimore, setting his movies there for decades, and to the museum, which he said was central to his development as a creator.

“I want the works to go to the museum that first gave me the test of rebellion of art when I was 10 years old,” he said.

At 12, he bought a Miró poster from the museum’s shop, depicting a painting in the collection; he still has the poster. “The kids saw it and they said, ‘Ugh, that’s disgusting,’” Mr. Waters recalled.

His second major purchase was a print of Andy Warhol’s “Jackie,” bought when he was in high school for $100, that still hangs in his dining room.

Mr. Waters’s role as patron does include a signature tongue-in-cheek move. A rotunda will be named after him, in classic donor-rewarding style, complete with a plaque, but so will two bathrooms.

“That was my first demand,” Mr. Waters said. “They thought I was kidding.”

A day after our video call — and the day the museum reversed its plan to sell the three works — Mr. Waters gave me a FaceTime tour of his four-story Baltimore home, where many of the works intended for the museum his are packed tightly into a fairly traditional setting with dark wood trim.

On the fourth floor, Mr. Waters showed his “bomb room” — a full-room installation by Gregory Green called “Work Table #7” (1998). It’s meant to be the lair of a mad bomber, strewn with paraphernalia resembling in-progress explosive devices.

“When I had my Christmas party every year, the mayor and governor used to come, and their security people had to go through the house,” Mr. Waters said. “You should’ve seen their faces when I opened the door and showed them the bomb room. They were kind of nervous.”

Over the decades, he has tended to favor works that are visually witty, including many abstract pieces, as well as works that refer to the business of art or have a meta-level take on creativity itself.

Mr. Waters has deep roots in the art world. He mentioned that he had visited the art dealer Mary Boone when she was in federal prison in Danbury, Conn.; she recently served 13 months for tax fraud.

“Whenever I have a friend who goes to jail, I’m always there for them,” he said. As for how she fared, Mr. Waters added, “She was handling her time very soberly and seriously.”

The abstract artist Richard Tuttle is represented by seven works in the gift, including “Peace and Time” (1993), a green and white piece whose curving shape Mr. Waters said reminded him of Marlo Thomas’s hairdo in the TV show “That Girl.”

Mr. Tuttle said he saw commonalities in their sensibilities.

Among the more valuable pieces in the collection may be two photographs by Cindy Sherman, including “Untitled (Unwed Mother)” (2002/2004).

“I’m just in awe of him, still to this day,” said Ms. Sherman, who met Mr. Waters in the late 1980s and had a role in “Pecker” playing herself. (In one scene she offers a Valium to a little girl at an art gallery event.)

“I feel like such a slouch compared to him,” Ms. Sherman said in an interview. “He not only knows film, he also sees every art show.”

In addition to the prevalence of what she called “in-jokes” about the art world, Mr. Waters’s taste in art tends, unsurprisingly, toward the perverse, the ironic and the cheerfully nihilistic.

His gift features 13 works by Karin Sander, including “Gebrauschbild” (2010), a blank white canvas that the artist instructed her dealer to leave outside “until it got mold all over it,” Mr. Waters said.

“I had to get it inspected,” he added. “I brought it into my house and it could technically infect you, kill you, and vanish and be worth nothing. That’s the perfect piece of contemporary art.”

Mr. Waters noted, “It would be really hard to be a Satanist if you had a lisp. It’s right across from my bed, so I make every person I sleep with say, ‘Thay you love Thatan.’”

Mr. Kelley (1954-2012) is one of Mr. Waters’s favorite artists, and there are 10 works by him in the bequest. “I thought he was funny, and I loved the art because it’s about Catholic guilt, and it’s about pitifulness,” Mr. Waters said. “I think he did pitiful really well.”

His gift also includes 86 pieces by his own hand, making the Baltimore museum the largest repository of his work; he had a show there in 2018.

Many works by Mr. Waters are artist’s proofs from editions of photographs, including “Study Art ” (2007), depicting an art school sign.

Another piece, “Faux Video Room” (2006), is an installation comprising an audio track and a curtain with nothing behind it, a joke on the cordoned-off spaces that galleries and museums use for showing video works.

Looking back at his collecting of other artists, Mr. Waters seemed proud of his prescience. “I collected a lot of them really early,” he said. “I never bought them late in their career, they were never blue-chip artists. They became that later.”

He said he has only sold one work, a piece from Roy Lichtenstein’s “Imperfect Series.” When asked about the most he ever spent on a work of art, he revealed the figure: $30,000. But he wouldn’t say whose work it was.

“That’s a little vulgar for The New York Times,” Mr. Waters said of the money question.

Perhaps. But from this filmmaker, that might be a compliment.

Tags: Art, Baltimore Museum of, Museum
Recent Posts
We and our partners use cookies on this site to improve our service, perform analytics, personalize advertising, measure advertising performance, and remember website preferences.Ok