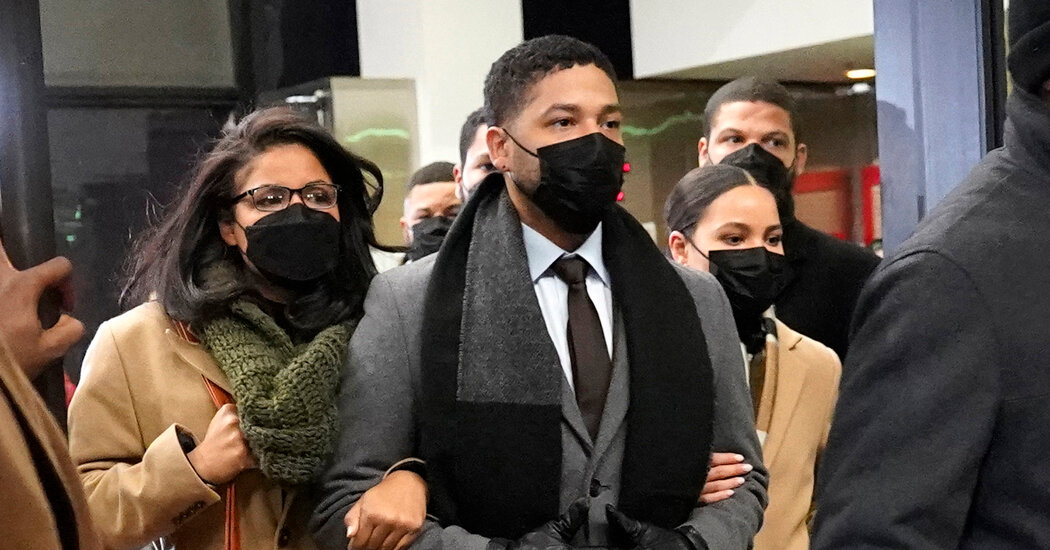 The actor, convicted in the filing of a false police report that said he had been the victim of a racist and homophobic attack, faces a maximum sentence of three years in prison. 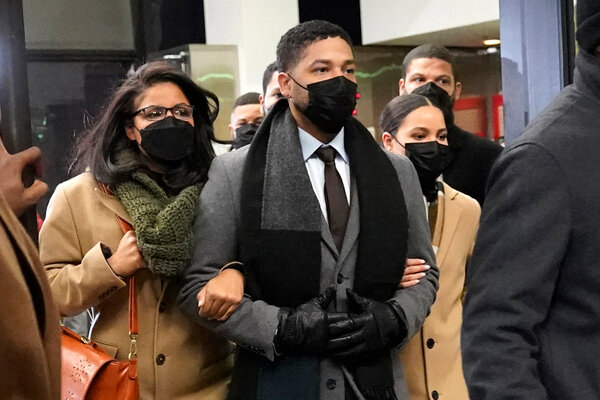 A judge in Chicago on Thursday set March 10 as the date on which the actor Jussie Smollett will be sentenced following his conviction in the filing of a false police report in which he claimed to have been the victim of a racist and homophobic attack.

A jury found Mr. Smollett guilty last year of five counts of felony disorderly conduct related to the false report; he was acquitted on another similar count. On Thursday, Mr. Smollett, formerly an actor on the Fox music-industry drama “Empire,” and his lawyers remotely attended his first court hearing following the conviction.

Mr. Smollett, who was released on bond after his conviction and attended the brief hearing from New York, told the judge he would show up in person for his sentencing.

In January 2019, Mr. Smollett reported to the police that two assailants had beaten him, yelled racist and homophobic slurs at him, placed a rope around his neck and poured bleach on his clothing in an early morning assault.

Two brothers, Abimbola Osundairo and Olabinjo Osundairo, who the police determined to have been the assailants, later told the jury at trial last year that Mr. Smollett had directed them to carry out the attack.

Prosecutors argued that Mr. Smollett’s account was a hoax orchestrated for publicity.

Mr. Smollett’s lead lawyer, Nenye Uche, has said his client plans to appeal the verdict. Mr. Smollett, who testified during the trial, maintained he was the victim of a real attack. His lawyers argued that the Osundairo brothers were liars who had attacked Mr. Smollett to scare him into hiring them as bodyguards, and who concocted a story to avoid prosecution themselves.

Daniel K. Webb, the special prosecutor who handled the case, has not yet indicated whether he would make a recommendation of prison time to the judge but has emphasized how serious he thought the case was, saying after the conviction that Mr. Smollett was “not repentant at all.”

Some experts said they would find it surprising if Mr. Smollett were to be imprisoned because he was convicted of the lowest level felony offense and has no prior felony convictions. Mr. Uche said last month that he had “never seen a case like this where the person got jail time,” adding that he believed Mr. Smollett would be vindicated on appeal.

Previous post Katie Price feared she would die after being left in ‘horrific pain’ after lipo, eye, chin and lip surgery in Turkey 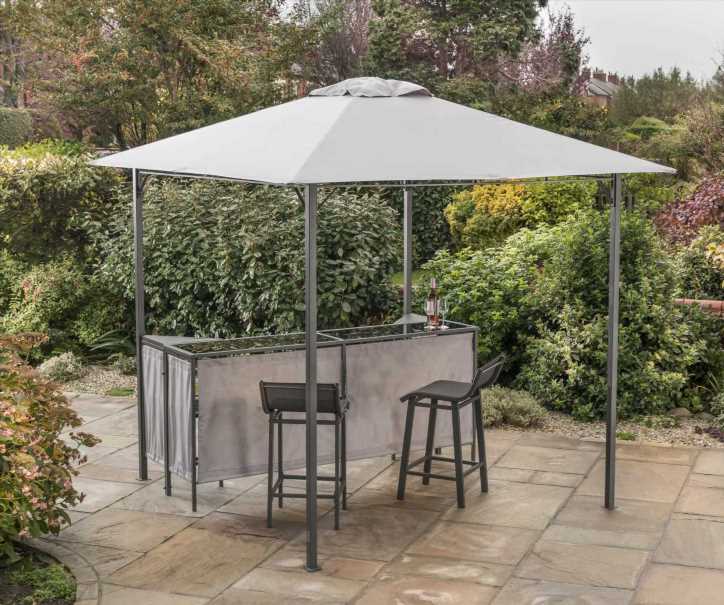