In so many ways, this year’s Christmas is exceptionally different from other years. But some things are consistent. Take, for instance, the Duke and Duchess of Cambridge’s annual Christmas card.

The royal couple officially released their holiday card on Wednesday. The photo was taken by photographer Matt Porteous this fall at the family’s Anmer Hall house in Norfolk.

In the photo, Prince William, Kate Middleton and their three kids pose on a hay bale in front of a very seasonal stack of firewood.

Princess Charlotte, 5, is perched on her mom’s lap. Seven-year-old Prince George, seated by his dad, looks so grown-up, while little Prince Louis, 2, appears to be mid-cackle. 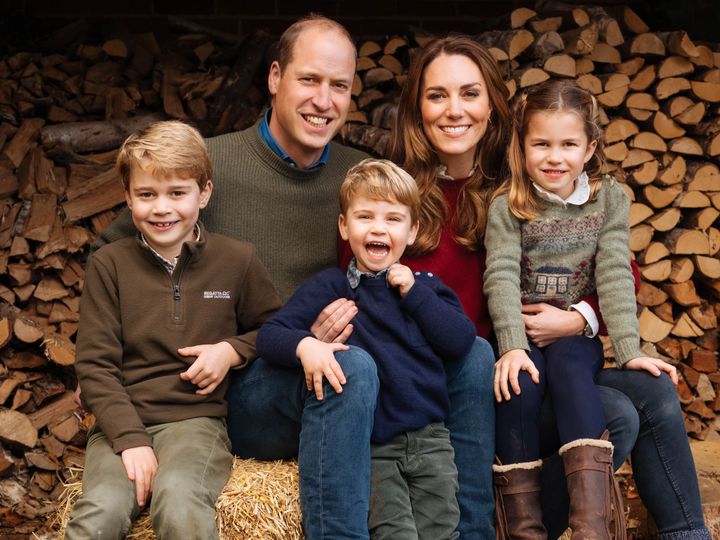 The couple didn’t officially release their Christmas card last year, but it circulated on social media all the same.

We got another peek at Kate, Wills and their fast-growing kiddos at a traditional pantomime performance in London on Friday. The show was put on to thank essential workers in the fight against COVID-19.

“You have given your absolute all this year, and made remarkable sacrifices,” Prince William told the audience before the show began. 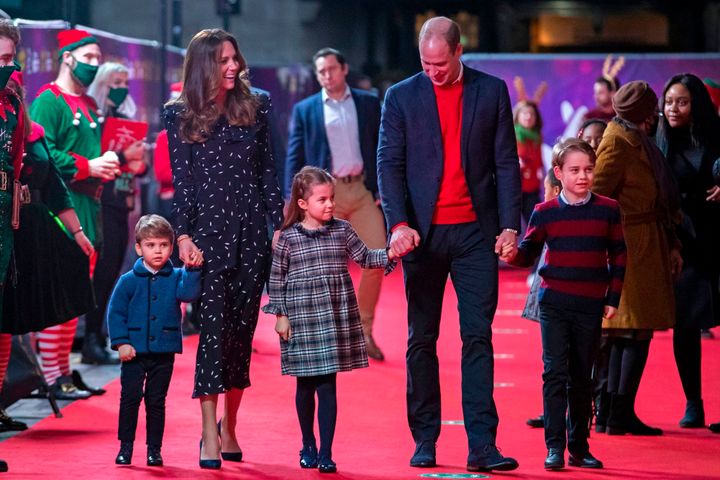 The royals usually celebrate Christmas at Sandringham Castle. But the Queen announced at the beginning of the month that due to the pandemic, she and her husband Prince Philip would stay in Windsor over the holidays.

During their train tour last week, William and Kate told students in Cardiff, Wales that they still weren’t sure how their family would spend the holidays.

“It is so difficult,” Prince William said, according to the Daily Express. “We are still trying to make plans. It’s difficult to know what to do for the best.”