Legally Blonde fans will likely remember the empowering scene at the end of the movie where Elle Woods (Reese Witherspoon) saunters out of the law school graduation with a dream job offer and the perfect man (Emmett, played by Luke Wilson), dumping Warner (Matthew Davis) when he tries to get her back — but did you know it almost didn’t happen that way?

Casts and Stars Reuniting Over Video-Chat During Coronavirus Quarantine

Speaking with The New York Times in honor of the film’s upcoming 20th anniversary, screenwriters Kirsten Smith and Karen McCullah chatted with one of the film’s stars, Jessica Cauffiel (who played Elle’s best friend Margot), about their experiences making the movie and how that now-iconic ending could have been very different.

While fans saw Elle and Vivian (Selma Blair) eventually become friends by the end of the flick, Cauffiel, 45, dished that the two characters were supposed to end up together. 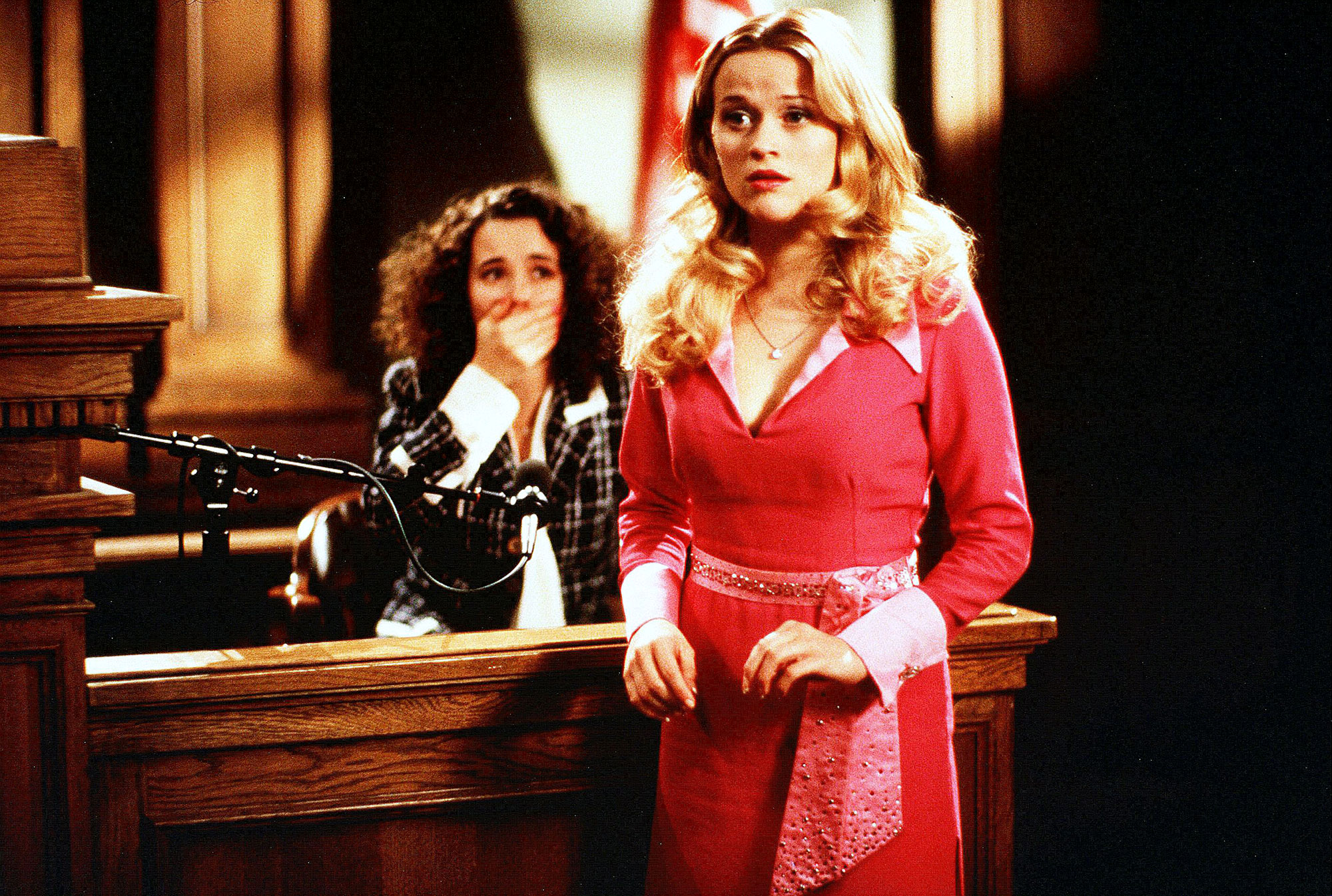 “The first ending was Elle and Vivian in Hawaii in beach chairs, drinking margaritas and holding hands,” the actress told the newspaper. “The insinuation was either they were best friends or they had gotten together romantically.”

However, test audiences weren’t big fans of the budding romance, so the creative team went back to the drawing board before landing the current ending at the graduation ceremony.

“The second or third ending was a musical number on the courtroom steps, and as Elle came out, the judge, jury and everybody in the courtroom broke into song and dance,” the White Chicks star told the outlet. “I’ve been waiting for somebody to leak that for 20 years.”

Another possible ending showed Elle and Vivian were still good friends in a flash-forward.

“We originally cut to a year later, Elle and Vivian were good friends, and Vivian’s now blonde,” McCullah, 54, revealed. “They had started the Blond Legal Defense Club and were handing out fliers in the quad because that was the ending in Amanda’s [Brown, the author of the novel the movie’s based on] manuscript.”

30 Most Romantic Movies Ever

Smith, 50, also revealed another possible ending that kept Elle and Emmett as endgame.

“One of the versions ended with Emmett and Elle kissing,” the Ella Enchanted screenwriter remembered. “We screened the movie two or three times, and every time people didn’t want to end it with a kiss. They thought it wasn’t a story about [Elle] getting a boyfriend, which was really cool to have people say that.” 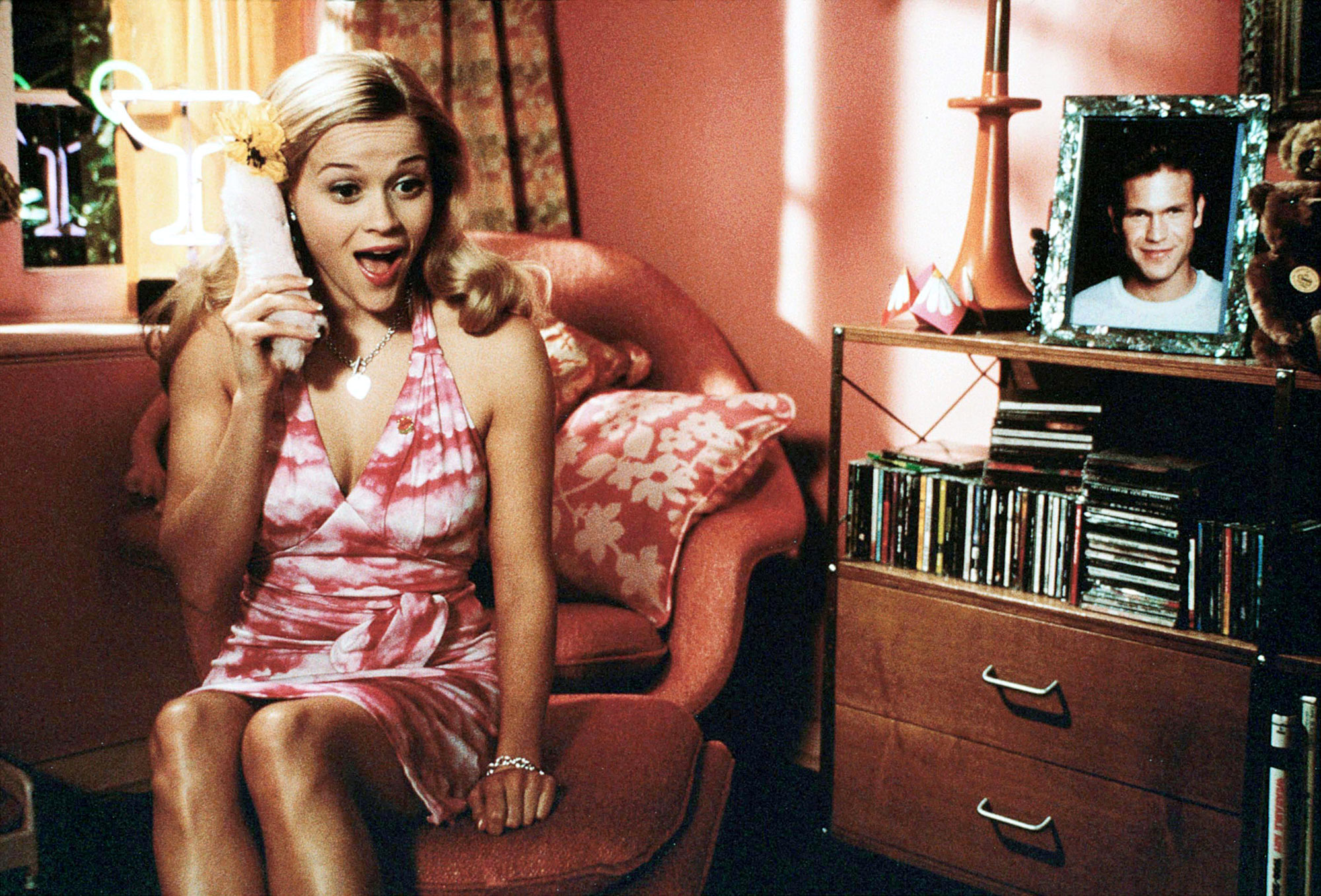 That’s when the writers decided to jump to graduation and do “where are they now-” inspired captions.

The iconic characters that debuted in the 2001 flick returned for a sequel in 2003. A third film is currently in the works, written by Mindy Kaling. While further details have yet to be revealed, some of the cast members are always down to return.

“I did hear at one point after The Morning Show [that] it’s going [to happen],” Jennifer Coolidge exclusively told Us Weekly in January 2020. “But of course, there’s rumors that you read every day in the newspaper that say, ‘Legally Blonde is opening May 20 this year,’ and you’re, like, ‘Well, ugh.’ But I don’t know. I would love to play Paulette again.”