NASHVILLE — Mac Davis, the pop-country crossover star who wrote hits for Elvis Presley and had a No. 1 pop single of his own with “Baby Don’t Get Hooked on Me,” died on Tuesday at a hospital here. He was 78.

His death, following recent heart surgery, was announced by the Country Music Association.

Mr. Davis enjoyed early success as a songwriter in the late 1960s, supplying Presley with Top 10 pop hits like “In the Ghetto” and “Don’t Cry Daddy” after spending much of the decade working in sales and publishing for independent record companies.

He also wrote “Something’s Burning,” a Top 20 pop single in 1970 for Kenny Rogers and the First Edition, and “I Believe in Music,” which was recorded by the Detroit pop group Gallery, reaching the Top 40 in 1972.

“I Believe in Music” was recorded by scores of artists and became Ms. Davis’s signature song; he closed his concerts with it for decades. “Watching Scotty Grow,” another of his best-known compositions, stalled just outside the pop Top 10 for Bobby Goldsboro in 1971.

Singing in a warm, resonant baritone, Mr. Davis recorded many of these originals himself, working in a Southern pop vein akin to that of Presley, whom he often cited, and his fellow Lubbock, Texas, native Buddy Holly, whom he called his greatest musical influence.

“He was like nothing I’d ever seen before,” Mr. Davis said in an interview with the website Elvis Australia about the first time he saw Presley perform onstage, in a parking lot at the county fairgrounds in Lubbock.

Genial, photogenic and fit, Mr. Davis had his own television variety hour, “The Mac Davis Show,” from 1974 to 1976 on NBC and was a regular guest on “The Tonight Show” and other talk hows in those years. He made his acting debut in the 1979 movie “North Dallas Forty,” a comedy about professional football that starred Nick Nolte. 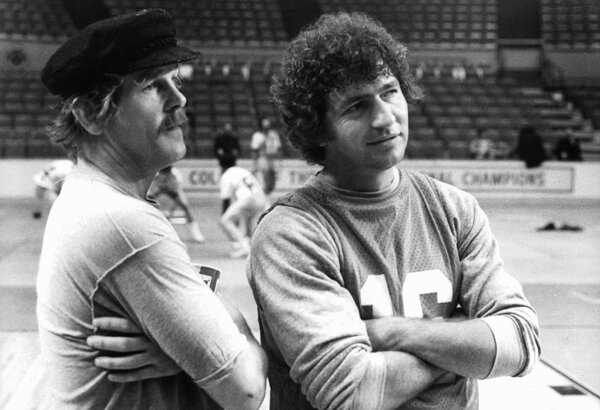 More recently, after years of inactivity on the charts, Mr. Davis enjoyed a revival as a songwriter, collaborating with latter-day pop artists like Avicii, the Swedish D.J. with whom he wrote the 2014 global pop hit “Addicted to You.” (Avicii died at 28 in 2018.)

He also wrote “Young Girls” with the pop star Bruno Mars; a version released by Mr. Mars in 2012 was certified platinum by the Recording Industry Association of America. Mr. Davis’s other projects over the last few years included collaborations with the country star Keith Urban and the singer Rivers Cuomo of the band Weezer.

Mr. Davis’s songwriting in the late 1960s and early ’70s was a product of that era, revealing a debt to both the sunny humanism of 1967’s Summer of Love and the candid sensuality of the sexual revolution that accompanied it.

Buoyed by singalong choruses and a handclap beat, “Stop and Smell the Roses,” a Top 10 pop hit for Mr. Davis in 1974, expressed a naïve optimism verging on schmaltz. “Baby Don’t Get Hooked on Me,” with lines like “I’ll just use you, then I’ll set you free” (about desiring only casual sex from a woman), smacked of male chauvinism.

By contrast, “In the Ghetto” — inspired by Mr. Davis’s experience with a childhood playmate, the 5-year-old son of one of his father’s Black co-workers — conveyed empathy and depth in speaking to racial inequities.

“I really thought I was going to change the world with that song,” Mr. Davis said of “In the Ghetto” in a 2017 interview with the website songwriteruniverse.com. “I was very proud of it. But unfortunately, with the way things are today, the song is probably more poignant now than when I wrote it.”

The second of three children, Mac r was born on Jan. 21, 1942, in Lubbock. He and his sister, Linda, spent their childhood living in an efficiency apartment complex with their father, T.J., a building contractor, after their parents divorced.

Mr. Davis’s first guitar was a gift from his father when he was 9 years old. But he was less interested in music than in sports and fistfighting until he finished high school and moved in with his mother, Edith, in Atlanta, where he started a rock ’n’ roll group called the Zots.

The band released a pair of singles on a local label before Mr. Davis accepted a job as regional manager for Vee-Jay Records, the influential independent label that was home to popular R&B singers like Jerry Butler and Gene Chandler.

He moved to Liberty Records in the mid-1960s and was soon transferred to Hollywood, where he worked for the label’s publishing division before leaving to join Boots Enterprises, the production and publication company owned by Nancy Sinatra.

While working for Ms. Sinatra, he played on her studio recordings and in her stage shows. He also began publishing his own songs and persuading Presley and other artists to record them.

He left Boots Enterprises in 1970, shortly after meeting the Columbia Records executive Clive Davis and signing a recording contract with the label. He had his first major hit with “Baby Don’t Get Hooked on Me” two years later.

His work as an actor also gained momentum as the ’80s progressed, including roles in the Hollywood movies “Cheaper to Keep Her” (1981) and “The Sting II” (1983), as well as appearances on TV shows like “The Muppet Show” and “King of the Hill.”

In 1993 Mr. Davis played the title role in the Broadway musical “The Will Rogers Follies."

Most accounts of Mr. Davis’s childhood cite his passion for sports and fisticuffs as the reason he ignored the guitar his father gave him as a Christmas present when he was a boy. A 1980 profile in People magazine, though, suggested that it wasn’t the guitar, but his father’s choice of models, that gave Mr. Davis pause.

He “saved up, bless his heart, and bought me a Hawaiian steel guitar, the exact opposite of what I wanted,” Mr. Davis explained.