If there’s anything we learned in Oprah Winfrey’s interview with Meghan Markle is that the palace was of little support to the Duchess of Sussex. Honestly, they couldn’t be bothered with helping the former actress navigate much of anything as she transitioned to royal life. 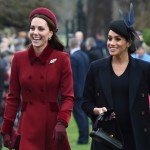 
Meghan Markle & Kate Middleton's Relationship May Be Permanently Over

The story of Kate Middleton making Meghan cry might have never seen the light of day if the Winfrey interview had never happened. The erroneous tale about the Duchess of Sussex upsetting the future queen over flower girl dresses first surfaced six months after the May 2018 wedding. Even though many royal insiders knew the truth, no one rushed to Meghan’s defense to correct the story.

Royal author Omid Scobie pointed out in Harper’s Bazaar that the palace rushed to Kate’s defense when there was a silly story about her possible use of Botox. So there were different rules for different sets of senior royals. (We certainly know they aren’t condemning Prince Andrew’s association with Jeffrey Epstein.)

It’s no wonder Prince Harry and Meghan made a hasty exit after Harry was asked to sign a public statement in January 2020 denying that Prince William bullied them about their decision. According to Harper’s Bazaar, Meghan emailed a palace staffer asking for the same treatment when it came to correcting the crying story because the issue still bothered her almost two years later. “Well, if we’re just throwing any statement out there now, then perhaps KP can finally set the record straight about me [not making Kate cry],” she reportedly said in the email.

Of course, we know that Meghan’s request fell on deaf ears. Scobie reported that the royal response was that Kate “should never be dragged into idle gossip.” It might look petty to some that Meghan mentioned the incident in the Winfrey interview, but the palace is finding it more difficult to hide the truth about how they operate. The story would have found the light of day somehow.

Their friendship may never recover from this, even though Meghan revealed she forgave Kate immediately after she apologized, but it’s hard when the family politics are stronger than any emotional bond. For Meghan and Prince Harry, they no longer have to live under an unfair structure that pits one person against the other.

Before you go, click here to see things you never knew about Kate Middleton before she met Prince William.