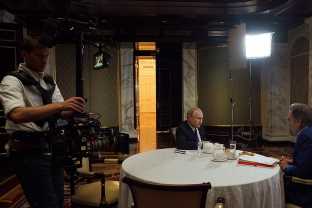 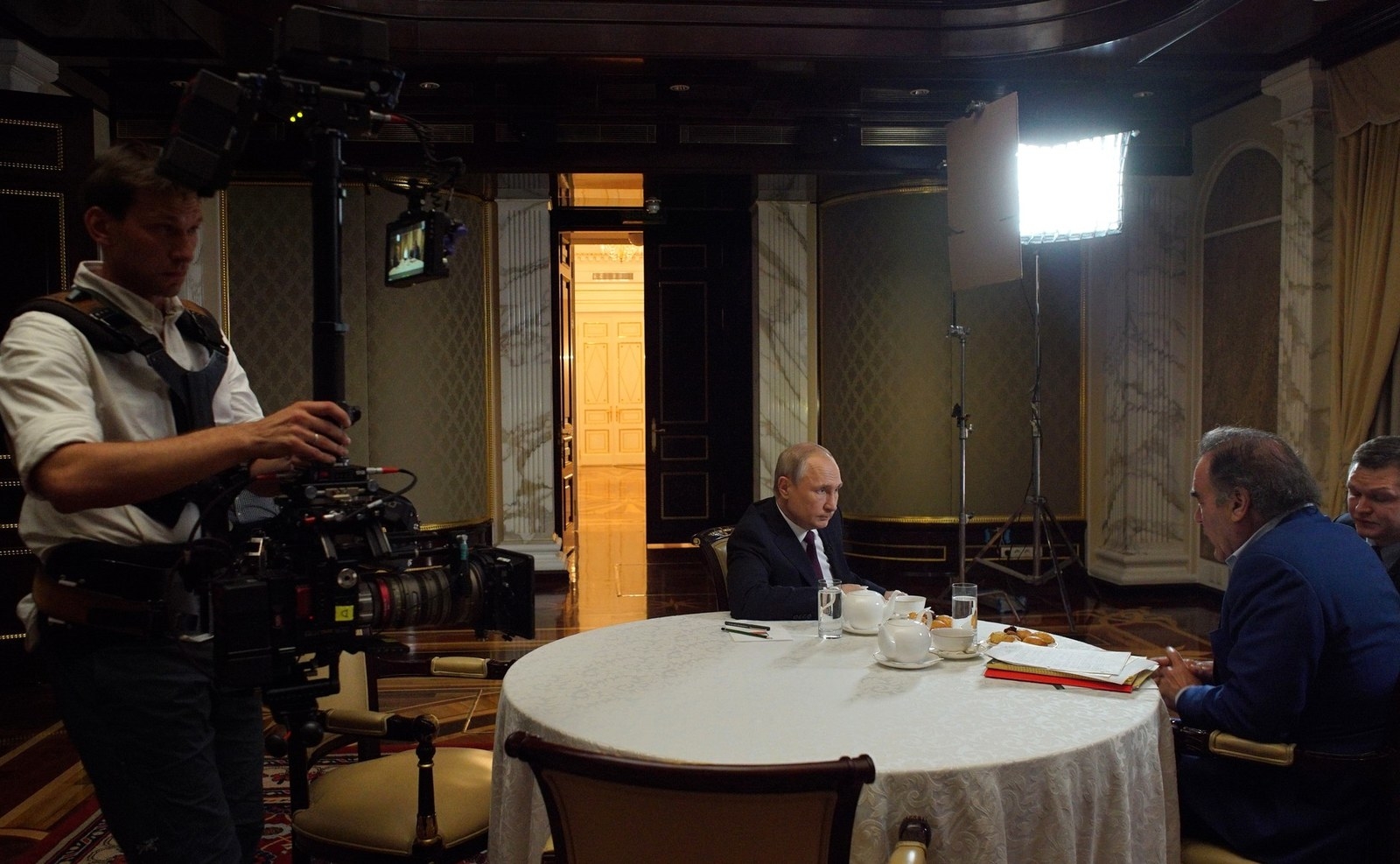 The law, put into place in 2013, in theory only bans “propaganda of non-traditional sexual relationships to minors.” In practice, however, it has been used to justify a broader crackdown on LGBTQ support, including blocking protests, arresting activists, and fining users for posting LGBTQ-friendly material on Facebook.

“I don’t know what is going on with the American culture. It’s very strange right now,” Stone said during the interview, conducted in June but only released in the form of a transcript on the Kremlin’s website on Friday.

After citing his past as a “rebel,” the Hollywood mainstay lamented that “[s]o much of the argument, so much of the thinking, so much of the newspaper, television commentaries about gender, people identify themselves, and social media, this and that, I’m male, I’m female, I’m transgender, I’m cisgender.”

“It goes on forever, and there is a big fight about who is who,” Stone continued. “It seems like we miss the bigger point.”

Stone reminded Putin that when they’d spoken previously, the longtime leader said that Russia doesn’t propagate homosexuality. “Not exactly,” Putin replied. “We have a law banning propaganda among minors.”

“Yes, that’s the one,” Stone agreed. “It seems like maybe that’s a sensible law.”

“It is aimed at allowing people to reach maturity and then decide who they are and how they want to live,” Putin said. “There are no restrictions at all after this.”

“Above all, by adopting such laws the Court found that the authorities had reinforced stigma and prejudice and encouraged homophobia, which was incompatible with the values – of equality, pluralism and tolerance – of a democratic society,” the European Court of Human Rights wrote in its decision.

It is not clear as of yet why Stone was in Moscow to chat with Putin. Showtime, which aired Stone’s four-part series “The Putin Interviews” in 2017, did not immediately respond to a BuzzFeed News email asking whether the footage is for a follow-up series.

During the wide-ranging interview, Putin said that he believes that Russia and Ukraine is actually one nation — a throwback to his support for an expanded Novorossiya after annexing Crimea in 2014 — and all but agreed to serve as a godfather to Stone’s daughter.

Stone also attempted to get Putin to talk about the 2016 election and whether the real collusion was between the Democrats and Ukraine. But the president mostly demurred, saying once again that despite the Mueller report’s documentation of the Moscow-backed interference campaign, there was no way Russia could have influenced the US election.

“No matter what our bloggers – or whoever’s job it is to comment on the internet – might say about the situation in the US, this could not have played a decisive role. It is sheer nonsense,” Putin said. “But our sympathies were with him because he said he wanted to restore normal relations with Russia. What is bad about that? Of course, we can only welcome this position.”

This isn’t first time Stone has interviewed the Russian president. Two years ago, when talking about Russia’s battle against ISIS in Syria, Putin showed Stone what he claimed was footage of the Russian military bombarding militants’ positions. That video, it turns out, was footage of a US bombing run in Afghanistan, dubbed over with Russian voices. 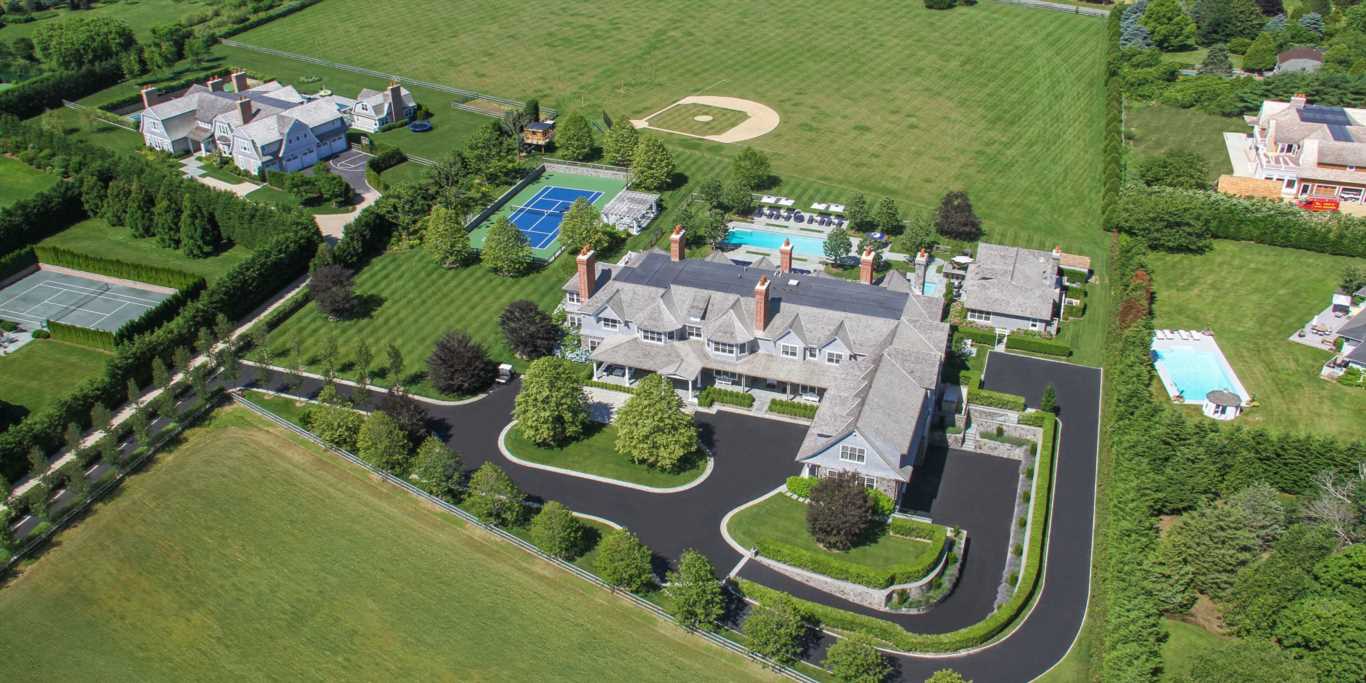 Previous post The most expensive rental in the Hamptons costs $1 million per month — and it includes a private spa and a baseball field. Take a look inside. 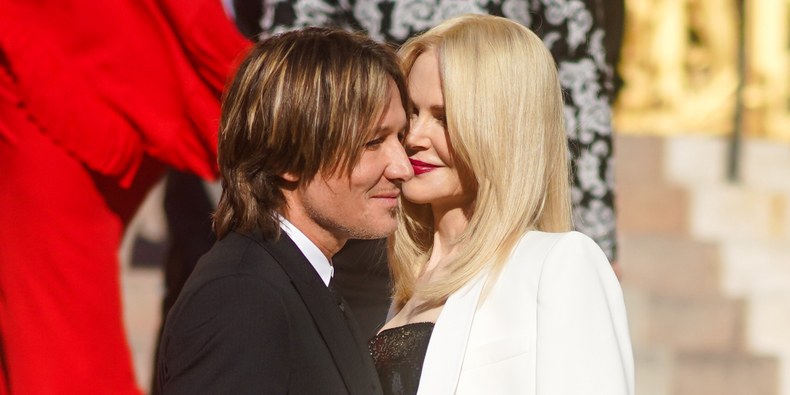