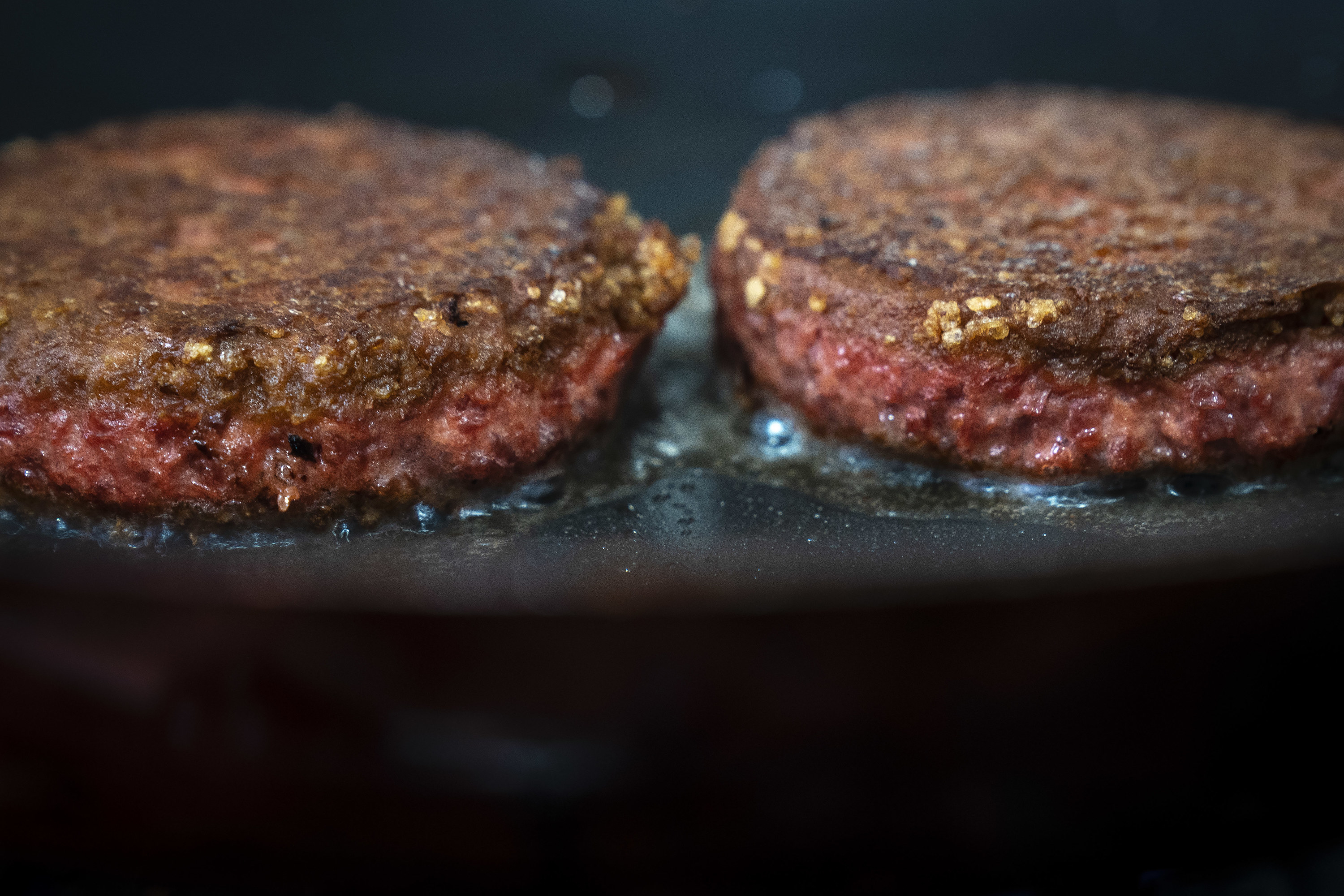 Plant-based burger patties by Beyond Meat cook in a skillet in Brooklyn. Since going public in early May, Beyond Meat’s stock has soared more than 450% and its market value is over $8 billion.

There’s a speech war brewing in your supermarket’s meat section.

Ranchers are offended by the rise of meat made from plants, as well as the promise of clean meat grown directly from cells. That’s why they are pushing bills designed to outlaw the use of the word “meat” and related terms on the labels of plant-based and cell-based meat.

One such law was passed in Missouri last year. This statute makes it a crime to market veggie burgers using the words “veggie burgers.” Now Arkansas and several other states have passed similar label censorship laws where people can literally go to jail for selling a veggie burger under that name.

Is it really rational to look at Tofurky’s Plant-Based Chick’n and think: “Lock them up?”

Our organizations are challenging these laws, because they violate the First Amendment. Consumers rely on the free flow of information to make informed decisions in the marketplace and in the public square. That’s why the Constitution requires the government to clear a high bar when it seeks to engage in censorship.

Defenders of these laws claim they are trying to protect consumers from “confusion.” Andy Gipson, the Mississippi Commissioner of Agriculture and Commerce, tried to justify their label-censorship bill by saying, “Someone looking to purchase tofu should not be tricked into buying lab-grown animal protein.” But federal laws already make it illegal to deceive consumers.

And ignoring the fact that cell-based “lab-grown” meat is not currently for sale anywhere, it is absurd and insulting to think that any consumer might be “tricked” into buying it when they meant to buy tofu. Just how oblivious does Mr. Gipson think people are?

These bills are not about protecting consumers. So what’s really going on? As Missouri State Representative Greg Razer explained: “We have to protect our cattle industry, our hog farmers, our chicken industry.” Ditto in Arkansas where the primary House sponsor said that their law was designed “to protect the agricultural producers in our state.”

From the makers of veggie burgers? Apparently so.

We understand that agriculture has seen dramatic changes in a very short period of time. It wasn’t that long ago that the industry employed nearly half the country. Now, fewer than 2% of our population are farmers. So it is understandable that the cattle industry wants government protection from change. But censoring honest and descriptive labels would stifle competition and harm consumers.

In the United States, businesses have the right to create and honestly market better products, and people have the right to make free and informed decisions. Legislators should resist the temptation to censor supermarket labels to help one set of producers avoid competition, and courts must overturn these unconstitutional laws.

Jessica Almy is a lawyer and Director of Policy for The Good Food Institute, a nonprofit harnessing the power of food innovation and markets to accelerate progress toward a better food system.

Brian Hauss is an attorney with the American Civil Liberties Union, which works to defend and preserve the individual rights and liberties guaranteed by the Constitution and laws of the United States.