LONDON (AP) — Prince William and Prince Harry won’t walk side-by-side Saturday as they follow their grandfather’s coffin into the church ahead of Prince Philip’s funeral, minimizing the chances of any awkward moments between the brothers who are grappling with strained relations since Harry’s decision to step away from royal duties last year.

Buckingham Palace on Thursday released the broad outlines of the funeral program for Queen Elizabeth II’s husband, who died April 9 at 99. The palace revealed that William and Harry’s cousin, Peter Phillips, will walk between the princes as they escort the coffin to St. George’s Chapel at Windsor Castle, west of London. 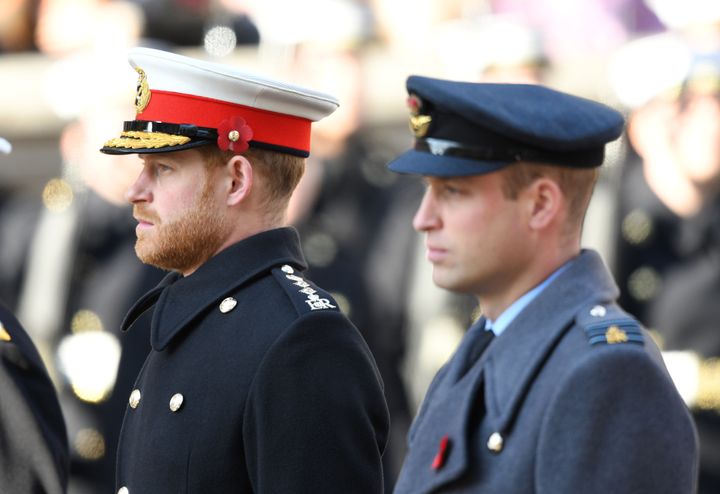 Prince Charles, the heir to the throne and the father of the princes, together with his sister, Princess Anne, will lead the 15-member procession.

The brothers had been closely watched as Saturday’s funeral will almost certainly remind the pair of their shared grief at another royal funeral more than two decades ago. As young boys, both walked behind their mother Princess Diana’s coffin in 1997 in London in a ceremony watched around the world.

Palace officials refused to comment when asked whether the positioning of William and Harry was an effort to minimize family tensions, which have grown after Harry and his wife Meghan, the Duchess of Sussex, gave an explosive interview to Oprah Winfrey that suggested an unnamed member of the royal family had made a racist comment to Harry before the birth of their child Archie.

Meghan, who is pregnant and living in California with Harry, is not coming to the funeral on the advice of her doctor.