The Duke of Hastings has left Netflix’s Bridgerton, but actor Regé-Jean Page is just starting his career. The actor has signed on for multiple action films.

Everything to Know About ‘Bridgerton’ Season 2

“The thing that has appealed to me most about this career is getting to encounter and interact with the unexpected,” Page, 31, told Variety in a Tuesday, June 1, story. “There’s so many different directions that you can take this job. It’s not so much about picking one and knowing where I want to go, it’s about knowing that there are other ways that I can do this, and continuing to explore that.”

Page will first explore the thrilling, action-packed world of The Gray Man alongside Ryan Gosling and Chris Evans, directed by Joe and Anthony Russo (Avengers: Endgame). They reached out after seeing him on the steamy historical romance, but don’t expect his new Netflix role to feel very noble. 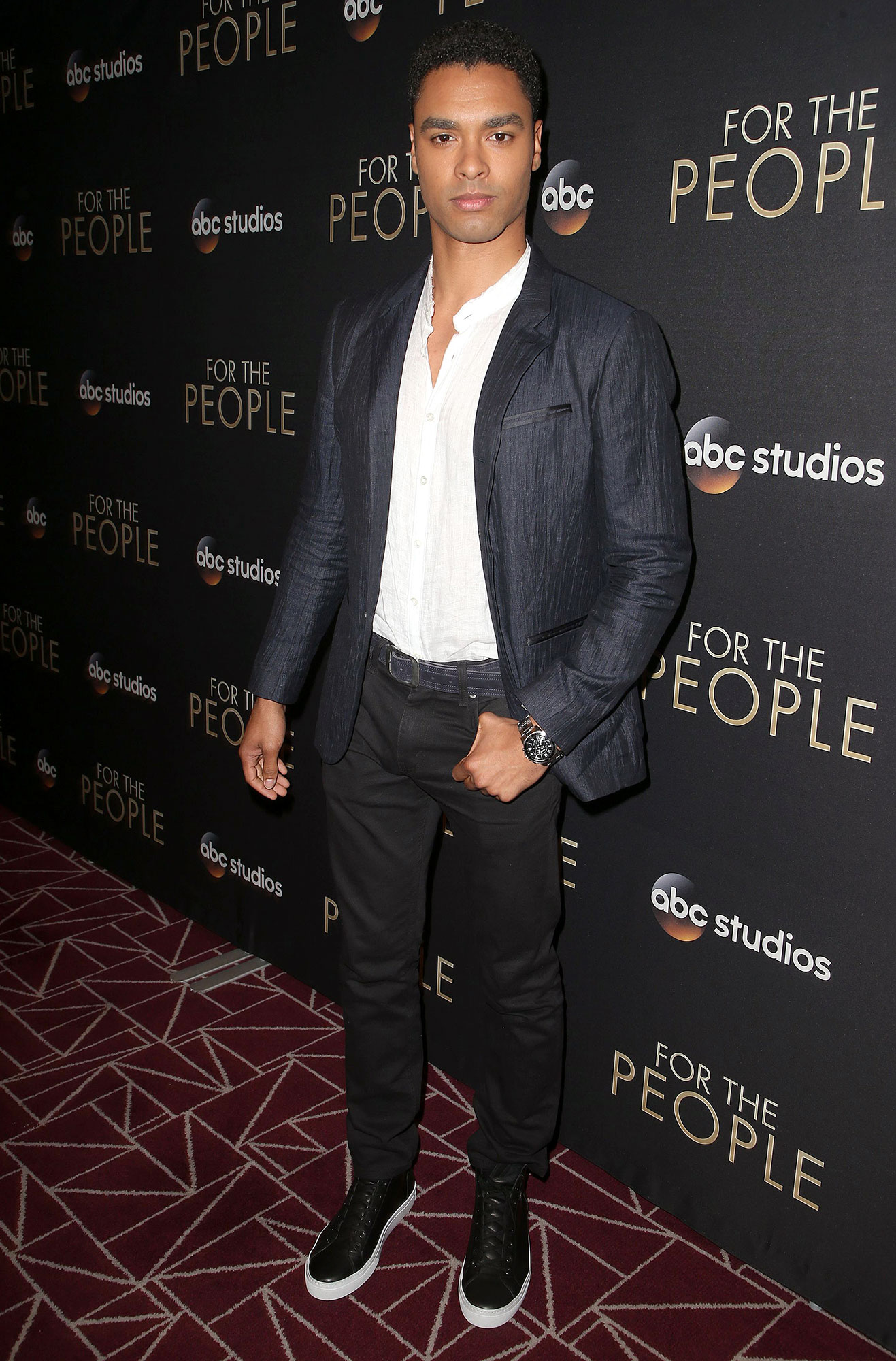 “[Joe and I] like actors who are willing to continually reinvent themselves, and push themselves into new places,” Anthony explained. “With Regé, we knew him as one specific thing over a short period of time, but he’s an incredibly talented actor, and he can move in a lot of different directions as a performer.”

After playing a CIA operative in the Netflix thriller, he’ll jump into fantasy with a role in the upcoming Dungeons and Dragons movie.

“He naturally exudes a sense of dignity and heroism that is fitting for the fantasy genre, and is perfect for the role we cast him in,” Daley explained.

Goldstein and Daley are more known for their work in comedies like Horrible Bosses, but they wouldn’t confirm if Page will get to flex his comedic chops. “[The role] allows him to show a full spectrum of his talent,” Goldstein hinted.

Netflix announced Page’s exit in April. The statement read: “Dear Readers, while all eyes turn to Lord Anthony Bridgerton [Jonathan Bailey]’s quest to find a Viscountess, we bid adieu to Regé-Jean Page, who so triumphantly played the Duke of Hastings. We’ll miss Simon’s presence onscreen, but he will always be a part of the Bridgerton family. Daphne will remain a devoted wife and sister, helping her brother navigate the upcoming social season and what it has to offer – more intrigue and romance than my readers may be able to bear. Yours truly, Lady Whistledown.”

Author Julia Quinn‘s books have set up a clear structure with each season/novel following one Bridgerton sibling finding love. With the Duke of Hastings married to Daphne (Phoebe Dynevor) by the end of season 1, it makes sense that he wouldn’t be around much. 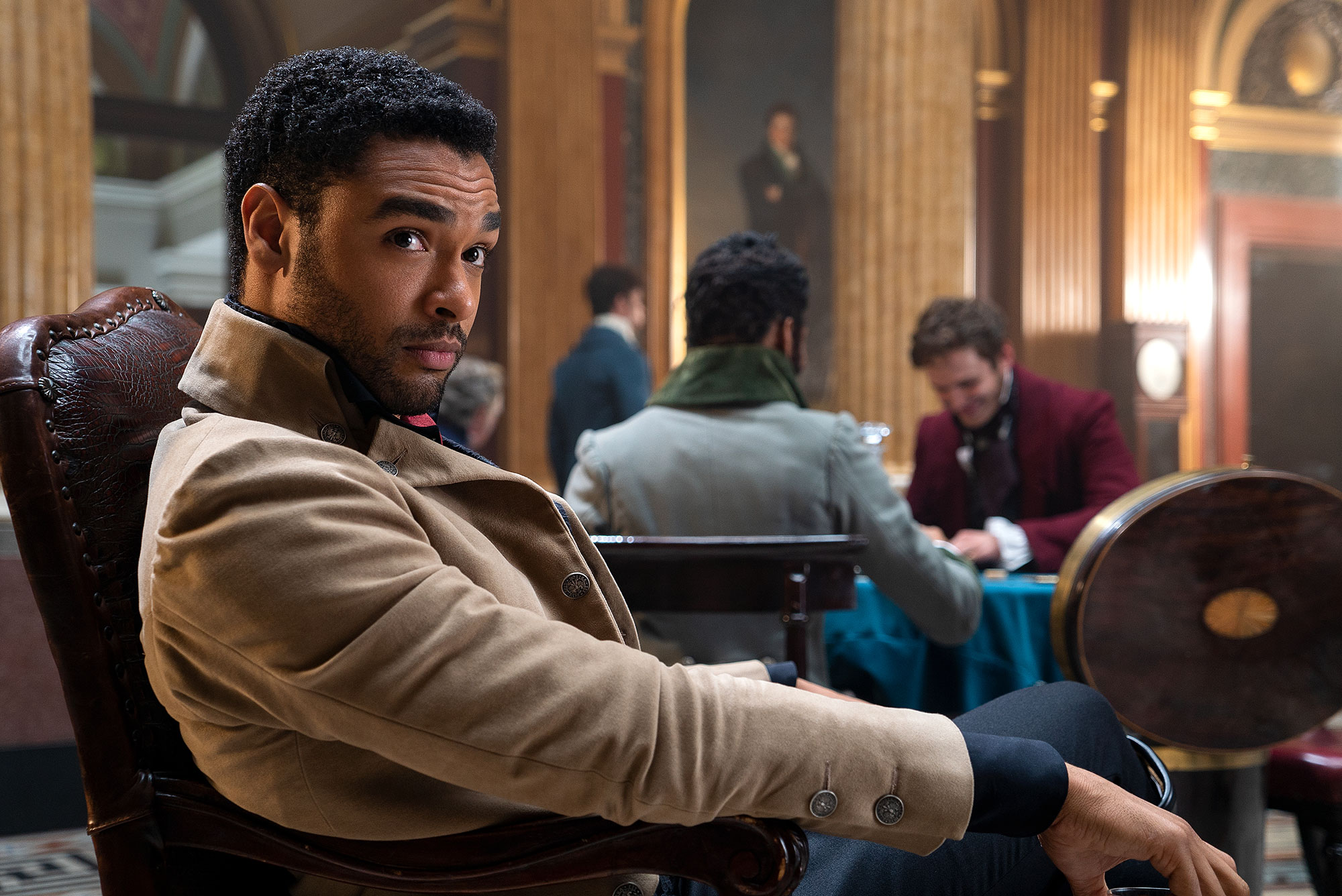 The British actor previously explained that he wanted the Duke and Daphne to keep their happily ever after ending.

“Simon was this bomb of a one-season antagonist, to be reformed and to find his true self through Daphne,” Page said. “I think one of the bravest things about the romance genre is allowing people a happy ending.”

Dynevor, 25, his onscreen wife, reacted to the news during an interview on the May 20 episode of Variety’s “Awards Circuit” podcast.

“I had a bit of a heads up, so I knew,” the actress said. “But yeah, I guess it is a spanner. But again, the show centers around the Bridgertons, and there are eight books. And I think maybe the fans of the books were more aware of that happening than the fans of the show. Because I think the fans of the books know that every episode is about a different sibling. And we’re very much passing on the baton to the lovely, who plays Anthony, and that will be the main storyline of season 2 and the story arc of season 2.”