Sienna Miller has managed to keep her daughter Marlowe out of the spotlight in the little girl’s seven years. In fact, the actress has never publicly shared a photo of Marlowe’s face — until now. For British Vogue’s new “Way Back Home” shoot, Miller offered the first official full look at her daughter. Spoiler alert? She’s her famous mama’s mini-me.

The feature, as you may have deduced from the photoshoot’s name, showcases how celebrities are spending their time during lockdown. In addition to Miller and Marlowe, it chronicles the likes of Priyanka Chopra and Nick Jonas, Ricky Martin and more. As for Miller and her daughter (whom she shares with ex Tom Sturridge), they’ve been making the most of quarantine by spending tons of quality time together. In the first official photo showing Marlowe’s face, the pair can be seen giggling as they hang on a swing in a backyard New York garden.

“I’m in a rented place with some of my family and a few friends,” Miller shared, adding, “My days are consumed with homeschooling, cleaning, reading books I never got around to, walking, puzzles, and binging on content to produce, direct or act in. ‘We’ve been doing mini film festivals of great directors.”

How is #SiennaMiller spending lockdown? “My days are consumed with home-schooling, cleaning, reading books I never got around to, walking, puzzles, and beginning on content to produce, direct or act in.” For the August 2020 issue of #BritishVogue, a host of famous faces – including @SiennaThing, pictured here with her daughter, Marlowe, in New York State – share their snapshot of family life under lockdown. See the full portfolio in the August issue of #BritishVogue, on newsstands and available for digital download Friday 3 July. Compiled by @SarahHarris and @JillDemling.

It sounds like they’ve been staying busy! And judging by a funny story Miller shared with Seth Meyers last November, we can’t help but wonder how much of the content Miller is thinking of producing is kid-approved.

Last November, before the lockdown began, Miller visited Late Night With Seth Meyers and regaled him with a story about Marlowe’s opinion of her acting career. When asked if she’d been in many movies her daughter could watch, Miller admitted, “None! And I really need to. She’s really on my case now.” Hilariously, that pressure led Miller to audition for a voice role in the animated film Trolls. “I was like, ‘I’ve crushed it,’” she said of her audition before lamenting, “Sent it off and didn’t get it. But I’m sure that there will be a tape circulating around that studio of the ridiculous troll voice that I thought was appropriate.”

Who knows, though? Maybe Marlow has been helping Miller practice her voice-work during lockdown. You can see their full profile in the August issue of British Vogue, which is available on newsstands and for digital download on Friday, July 3. 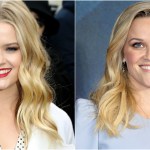 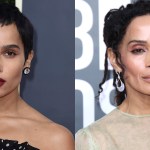 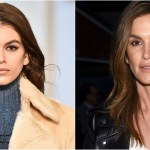 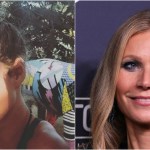