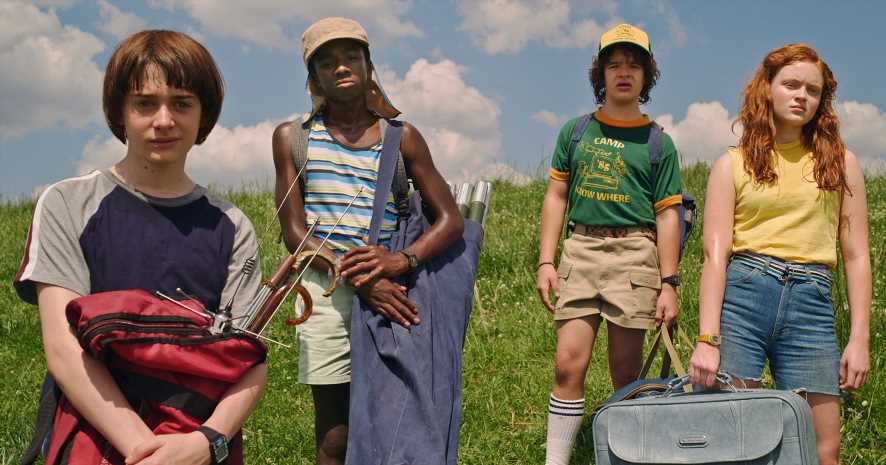 It’s no secret: When Stranger Things kicked off in 2016, its stellar cast, funny quips and mysterious and fresh plot blew everyone away. It was the first original streaming series that quickly became a water cooler topic — something that is rare today with the amount of content out there.

Season 2 fell off; the cast was still incredible but the additions of new stories fell flat and the split-up group caused the show to lose that initial charm.

Well, fear not Upside Down supporters — is that a thing? — because season 3 brings back that charm that made season 1 a must-watch. Not only is the action back in full throttle, the group is more lovable than ever. The kids — Eleven (Millie Bobby Brown), Mike (Finn Wolfhard), Dustin (Gaten Matarazzo), Will (Noah Schnapp) and Lucas (Caleb McLaughlin) — aren’t so much kids anymore. They’re tackling puberty head-on, which means Hopper (David Harbour) has made the transition from “Daddy” to “Dad” in season 3, and the scenes between he and El are more hilarious than ever before. 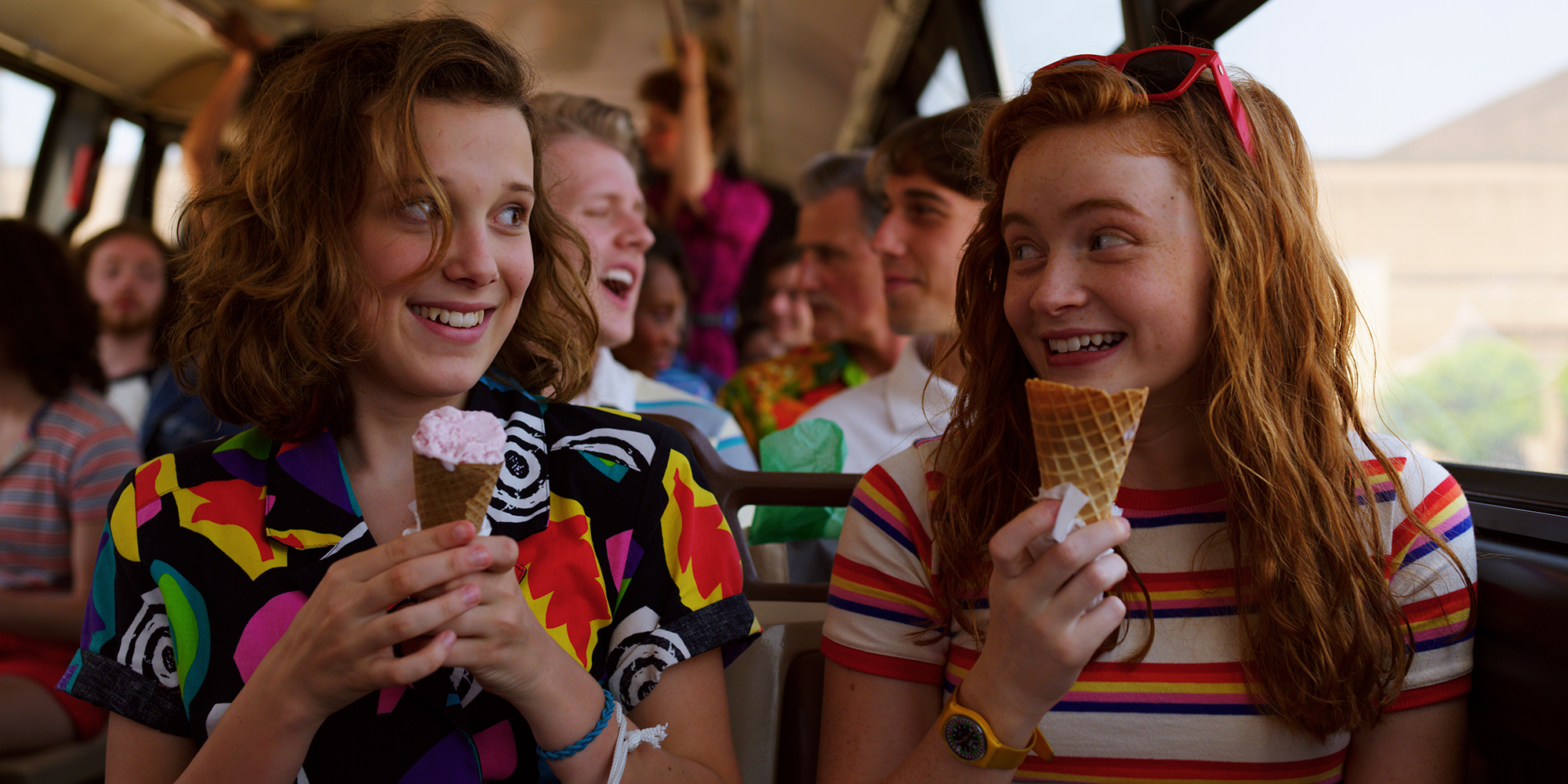 The mystery of the season — which, due to embargo, can’t be spoken about at all — is an enticing one, that will keep you guessing until the very end. The season does have a tiny bit of a slow start; that’s not to say the early episodes are boring. Instead, they focus more on the friendships and new relationships (Mike and Eleven! Max and Lucas!) and how those romances are affecting the group over all — and the parents. Plus, the addition of the blossoming friendship between Max (Sadie Sink) and Eleven includes a montage scene that every girl will gawk over.

Hopper, for his part, is now pining over Joyce (Winona Ryder), while she is still heartbroken. Plus, Hopper doubts her beliefs when she feels like something is off in the town. Doesn’t everyone remember she was the first one to say Will was alive in season 1? Just sayin’. 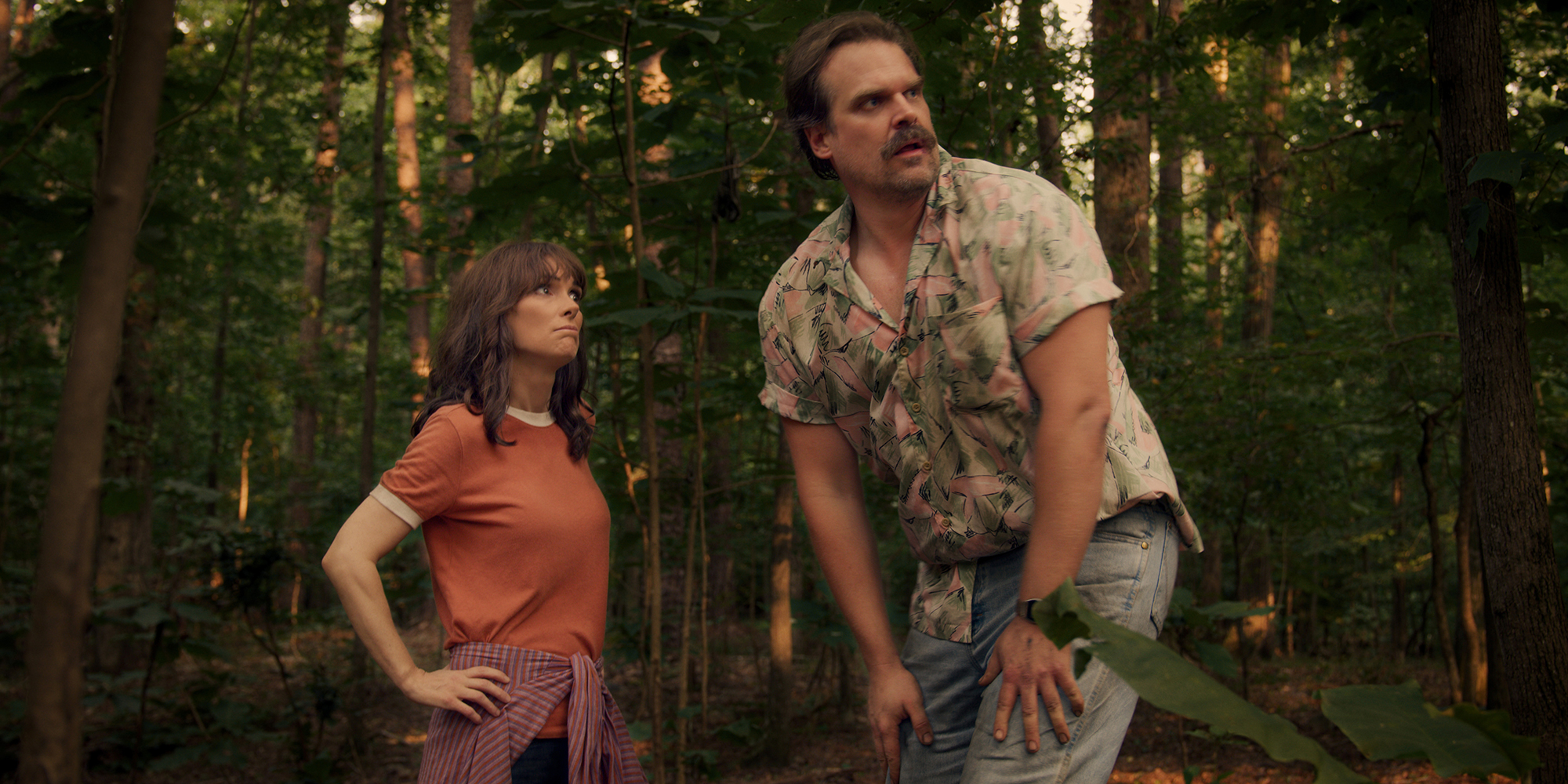 As for the older kids, Steve (Joe Keery) is now working alongside Robin (Maya Hawke) at Scoops Ahoy, an ice cream shop at the Starcourt Mall. He’s pretty bummed about going from the cool guy with the good hair to ice cream scooper for spoiled kids, but his relationship with Robin is a fresh one that also has an outcome that will leave viewers pleasantly surprised. Nancy (Natalia Dyer) and Jonathan (Charlie Heaton) are still together and venturing through a summer job where they quickly learn the differences of being a man and a woman in the workplace in 1985.

It’s also worth noting that there’s a new scene stealer in Priah Ferguson, who plays Lucas’ sister Erica, whose bratty attitude translates into hilarious disposition for the entire group. Plus, Billy (Dacre Montgomery) has a Jack Nicholson-way about him that impresses the older women and worries … everyone else. 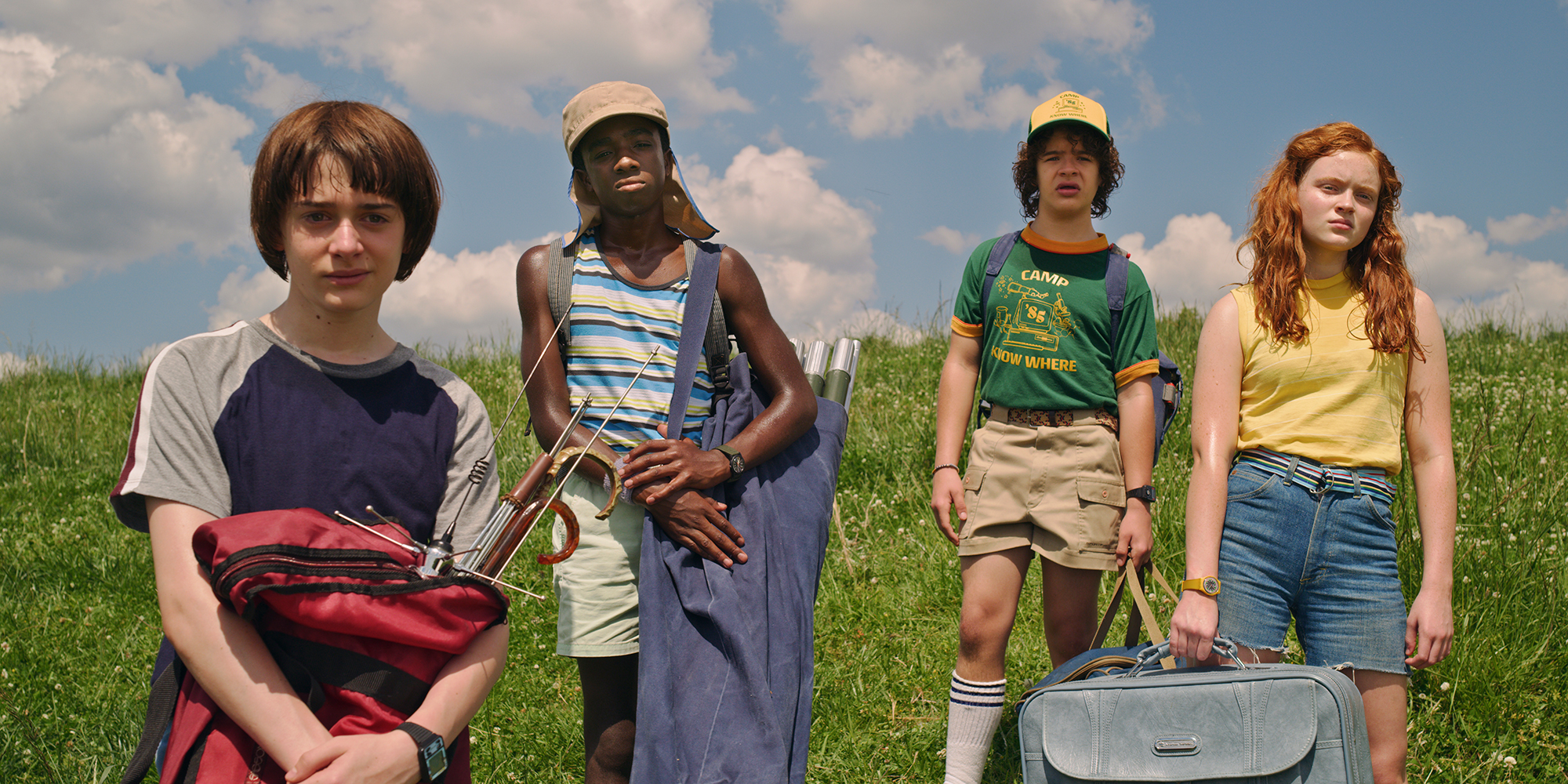 Overall, the Duffer Brothers’ action-packed third season is filled with ‘80s references (and clothes!), important music – including one call back to season 1 – and core friendships that every kid can relate to. Plus, more times than once, it’s pretty freakin’ scary, and may not be appropriate for young children to watch. 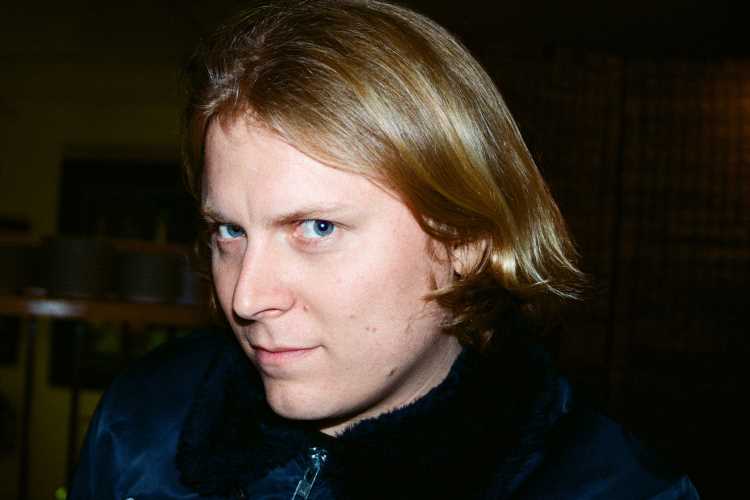 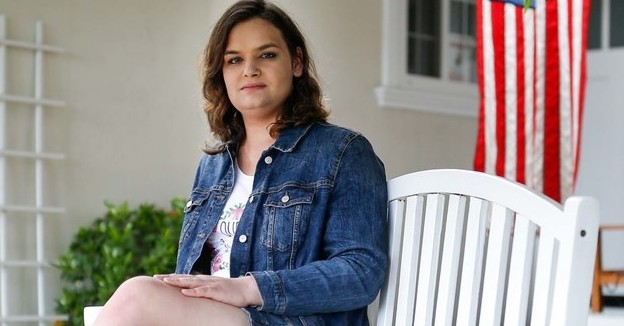