Something to howl about! Miley Cyrus, Katy Perry and Taylor Swift are among the celebrities who have included their beloved pets in one — or more — of their music videos.

Fans of Swift know her cats are a big part of her life; therefore, it’s always a special surprise when one of the felines pop up in her work. Most recently, her famous furry friends Meredith Grey, Benjamin Button, and Olivia Benson graced the screen in the video for her hit song “Me!” featuring Brendon Urie of Panic! at the Disco. 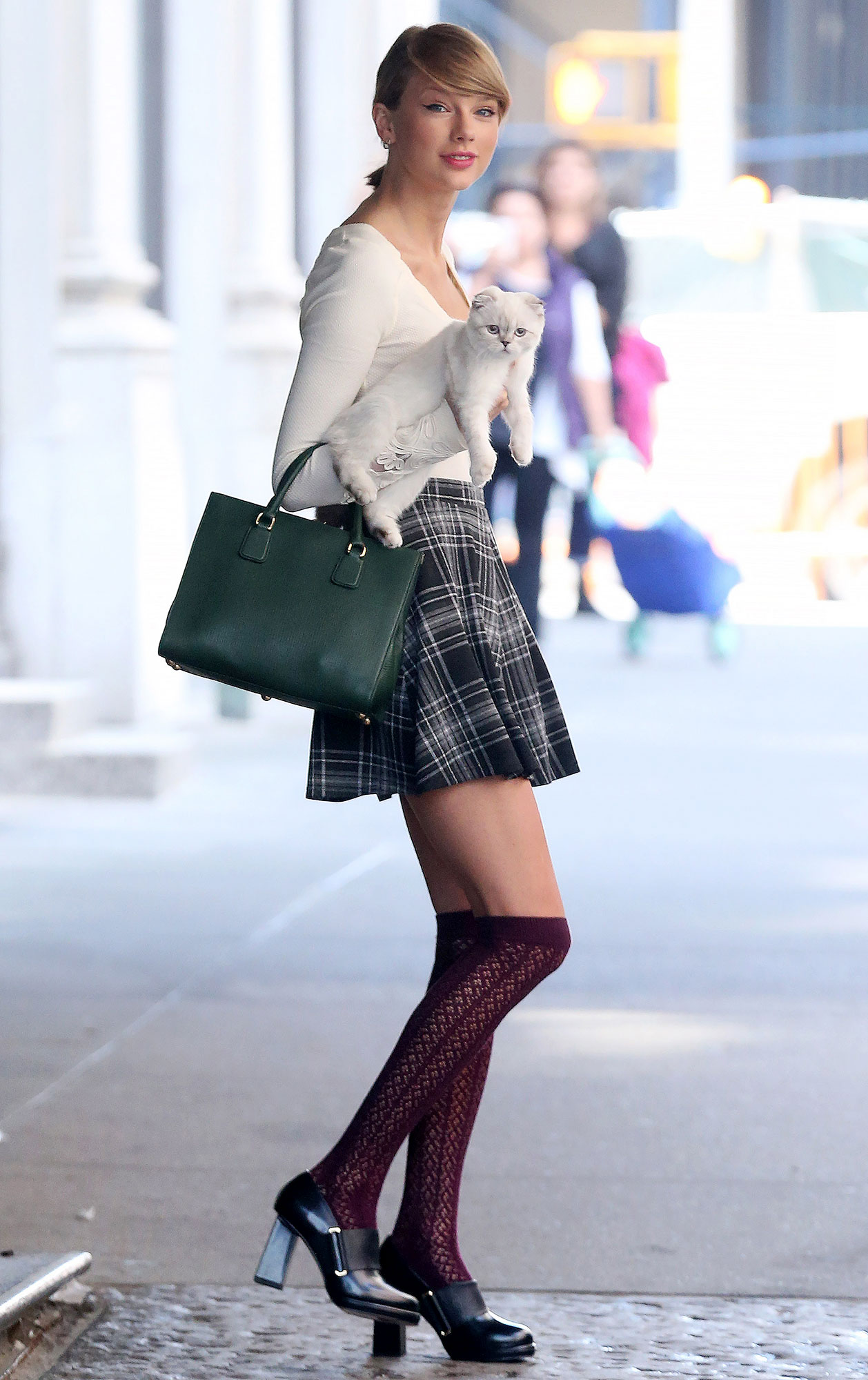 “I’m trying to give them a normal upbringing but when the little ones and I ran into the flawless @paulaabdul on the way to red carpet we STRAIGHT UP had to get a pic,” Swift captioned a photo from backstage at the 2019 Billboard Music Awards that shows her holding one cat and Paula Abdul holding the other.

However, it’s not always fun and games for Swift and her three cats. In 2014, Swift hilariously revealed one of her four-legged friends destroyed her dress for the biggest night in fashion.

“That moment when your cat casually walks up, then abruptly ATTACKS your custom satin Oscar de la Renta gown during your fitting for Met Ball,” she tweeted at the time.

Cyrus and Perry, for their part, have both featured their dogs in music videos of their own. The Hannah Montana alum’s Shetland Sheepdog Emu frolicked alongside her during the film for her tune “Malibu.”

The American Idol judge included her tiny pooch Nugget in the video for her song “Small Talk,” and the dog couldn’t have been cuter. “Which dog will have the biggest trans-fur-mation? Who will be our diamond in the ruff? The theme is TRAMP not CAMP. See you at the Mutt Ball TOMORROW #SmallTalkVide,” Perry captioned an Instagram sneak peek with Nugget in August 2019.

She later added alongside a clip on social media: “Making of #SmallTalkVideo / Episode 4. I will always love a (Katy)Cat, but my ❤ belongs to @missnuggetperry now.”

Watch the video above to see more celebrities — such as Mariah Carey and Ariana Grande — who have featured their pets in music videos!

Tags: Katy, Musicians, pu, Taylor, Who
Recent Posts
We and our partners use cookies on this site to improve our service, perform analytics, personalize advertising, measure advertising performance, and remember website preferences.Ok