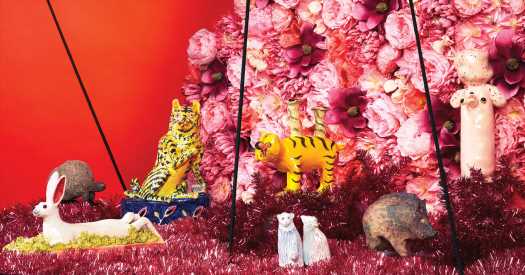 ARTISTS HAVE MADE animals from clay for nearly as long as history has been recorded. Among the artifacts unearthed at the legendary 1983 archaeological dig in Jordan’s Ain Ghazal were a number of small creatures from the Neolithic period, some of the earliest objects of their kind ever found. At first, archaeologists wondered if the reddish, palm-size bulls they discovered had been children’s toys, but they soon realized that their function was largely spiritual — magical, even: They were totems at the site’s temple altar.

By the first millennium A.D., another species of strange and distorted fauna with a supernatural aura had emerged. Foo dogs, which are actually representations of lions (Silk Road traders first brought lions to China as tributes to the Emperor), were assumed by Westerners to be canine because of their resemblance to popular Asian breeds like Shih Tzus and chow chows. With a snarly demeanor and vast domed foreheads, they were fashioned from stone and came in pairs — male and female, representing yin and yang — and were also placed at the entrances of temples (and homes) for protection.

By the time the Victorians came to culturally dominate the West and its colonies in the mid-19th century, ceramic animals reflected a decidedly more domesticated cast. Instead of depicting noble beasts or wild things, they were household creatures, loyal and benign, evincing their own kind of cozy enchantment. From the Potteries — six English towns in the western county of Staffordshire that had, for nearly 200 years, produced earthenware, stoneware and porcelain from local clay — came some of the most endearingly odd, enduringly influential figurines of all. Staffordshire dogs, largely modeled on the spaniels bred by the popular monarch Charles II, could soon be found on nearly every bourgeois English mantel. Also made in pairs, the statuettes, which were deliberately unrealistic, retained the naïve charm of their ancient predecessors. Each set was glazed white, hand-painted and refired, which meant that even within a duo there were always subtle differences: an eye staring into the distance, a mouth slightly upturned in a half-smile. While originals are still valued as antiques, the dogs became machine-made and thus widely available by the end of the 19th century — another victim of mass industrialization — robbing them of their original luster and offbeat charm.

NOW, IN KEEPING with a current renaissance of craft that reflects humankind’s relationship to the natural world, a new group of artists are reimagining the animal figurine. Reveling in the imperfections of fired clay and forgoing shortcuts like slip casting, a method that involves pouring liquid clay into a mold, these artisans relish the mark of the maker.

The paterfamilias of the movement is the 80-year-old South African potter Hylton Nel, who works from a ramshackle barn in rural Calitzdorp, four hours east of Cape Town. Over the past two decades, his farm, which has no Wi-Fi — Nel doesn’t “do technology at all,” he says — has become a place where local potters, looking to learn the trade, come to work for a few weeks. His longtime mentee the Calitzdorp potter Imeldo “Melvin” Wagenaar creates tin-glazed earthenware animals in a similar spirit — but with a unique, wily flair — and is now represented by Chandler House, a gallery in Cape Town that recently held an exhibition featuring work by Nel and his group of protégés, Wagenaar among them. Although Nel makes plates, as well, bearing his off-kilter drawings and stream-of-consciousness commentary, his figurines, mostly of cats and dogs — shaggy, droll, heart-rending and occasionally obscene — have become a point of inspiration for many artists in his wake. There are spotted shorthairs, eyes turned upward in remorse; blue-and-green tabbies with Groucho Marx eyebrows knitted in confusion. Sometimes he gives them titles: “Interrupted While Reading” (2021) or “Dog on Stump With Twin Birds” (2019). He works with various kinds of local clay to make tin-glazed earthenware, pressing the material into molds for basic shape and then hand-working it. “I’m rather clumsy, which is all part of it,” he says. “It’s actually quite exciting.”

Among the artists he has inspired is the British potter Claudia Rankin, 56, who was raised by a ceramics dealer mother with a shop on London’s Portobello Road but now works from a location nearly as pastoral as Nel’s: a Georgian house and studio in Northumberland, near the Scottish border. Her brightly colored, slightly wonky figures seem the work of a brilliant child; a bird alights on a branch with a shocked expression; a pig seems defiantly petulant.

The Corfu, Greece-born, London-based ceramist Agalis Manessi, 69, creates her animals — recumbent hounds, alert hares — from lumps of terra-cotta clay that she squeezes and manipulates “until a figure emerges.” Her technique is the centuries-old majolica, in which she fires her creatures and then dips them in a tin oxide glazing solution that lends an opaque white finish. She then paints the figures with a mixture of metal oxides — cobalt, manganese, copper — that yields gentle but sometimes unpredictable hues after a second firing. The entire process, from sculpting to drying to glazing to firing, can take over a month for a single piece. “It is,” she says, “an extremely unforgiving process.”

But for some animal-obsessive ceramists, anthropomorphizing as a sculptural approach is a zany (and speedy) joy. Katie Kimmel, 30, who has a studio in the Mojave Desert two and a half hours northeast of Los Angeles, is endlessly inspired by the slapstick interaction between her St. Bernard and two Chihuahuas. She makes hand-built vases, some of which have goofy dog faces, and wall-hanging baby animal figurines: poodles, ducklings, pugs. She underscores their crude, youthful insouciance by using commercial clays and glazes found in paint-your-own-pottery shops at the mall — they take just an hour or two to sculpt.

Similarly, the 48-year-old Japanese potter Kouichi Maekawa believes that working rapidly creates a more spontaneous figure that captures an animal’s quick-twitch verve. From his studio in Shigaraki, in Shiga Prefecture (he recently took over management of the family earthenware business, but spends much of his time on his own pieces), he is able to work almost as fast as a balloon artist at a children’s party. Using soil from a nearby mountain, still laden with bits of hay and grit, he fashions figurines based on the local wildlife: boars, owls, monkeys, foxes. He glazes them with natural mineral pigments, resulting in a muted palette that contrasts with the creatures’ chunky whimsicality, a characteristic that is, perhaps, the unifying force of this new coterie of figurine sculptors: They strive to make something raw and natural that illuminates the inner life of both animals and humans. “I try to capture the moment something is born,” says Maekawa. “Not literally, but the moment that they burst into the world and make themselves known.” 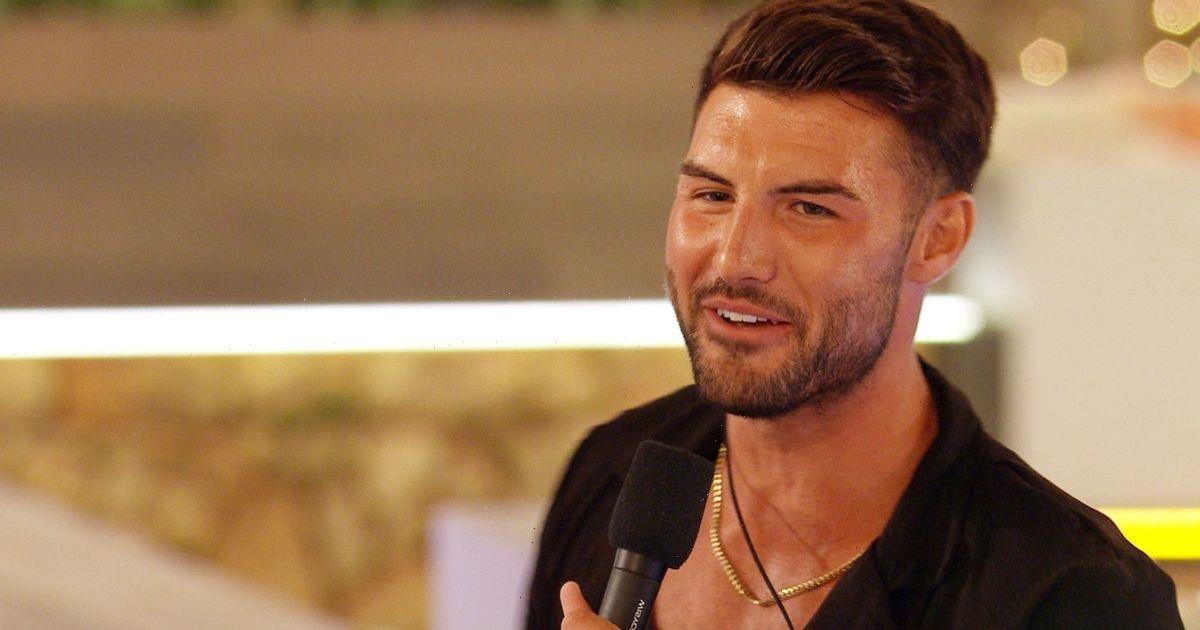