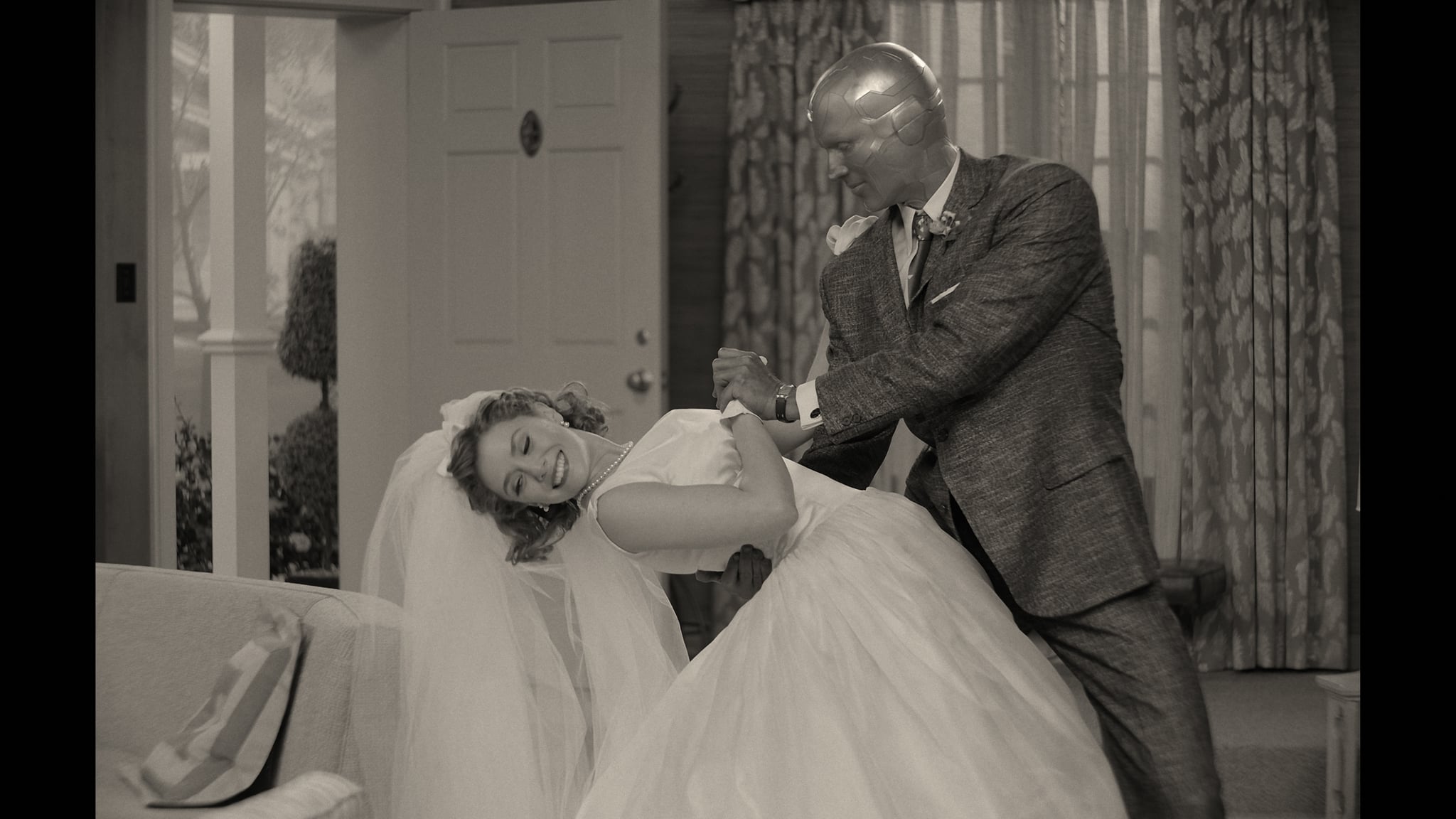 If you’ve felt intense withdrawal from the lack of Marvel content due to production delays and release pushbacks, here’s something to bring some color into your life: WandaVision is coming. While we still don’t have a set release date for the Marvel Studios-produced series (though rumors say we’re looking at a holiday premiere), we do know a little bit more about the mysterious show, thanks to its Entertainment Weekly cover story!

Initially, the Anthony Mackie and Sebastian Stan-led series The Falcon and the Winter Soldier was meant to lead the charge of Marvel series on Disney+, but shutdowns due to COVID-19 pushed back production and put WandaVision at the time of the lineup. And thanks to the dizzying trailer that gives fans their first proper look at the six-episode limited series, it’s safe to say we’re excited for what head writer Jac Schaeffer described to EW as “a love letter to the golden age of television.”

WandaVision‘s official tagline states that the show takes place after the events of Avengers: Endgame and follows Elizabeth Olsen’s Wanda and Paul Bettany’s Vision as they move into the idyllic town of Westview. Well, something is rotten in the state of Denmark because we all know Vision “died” in Avengers: Infinity War, which means something strange is afoot. Marvel Studios president Kevin Feige admitted that the idea for WandaVision was inspired by his growing up with Nick at Nite and love for watching old sitcoms because he “couldn’t take the news anymore.”

Olsen revealed that the opportunity to play Wanda for an entire TV season was a boon for her as well, noting that the series allows viewers to dig into Wanda’s past and the full capabilities of her telekinetic powers, which the films have only ever hinted at. “You get to just focus on her and not how she felt through everyone else’s story lines,” she explained. “I already felt like I had ownership of her because Marvel always encourages you to be part of the process. But even more so now, I feel I have a really strong sense of ownership. If anyone wanted to ask me a question about the future or just a question about what she would think, I feel like this time has provided that.”