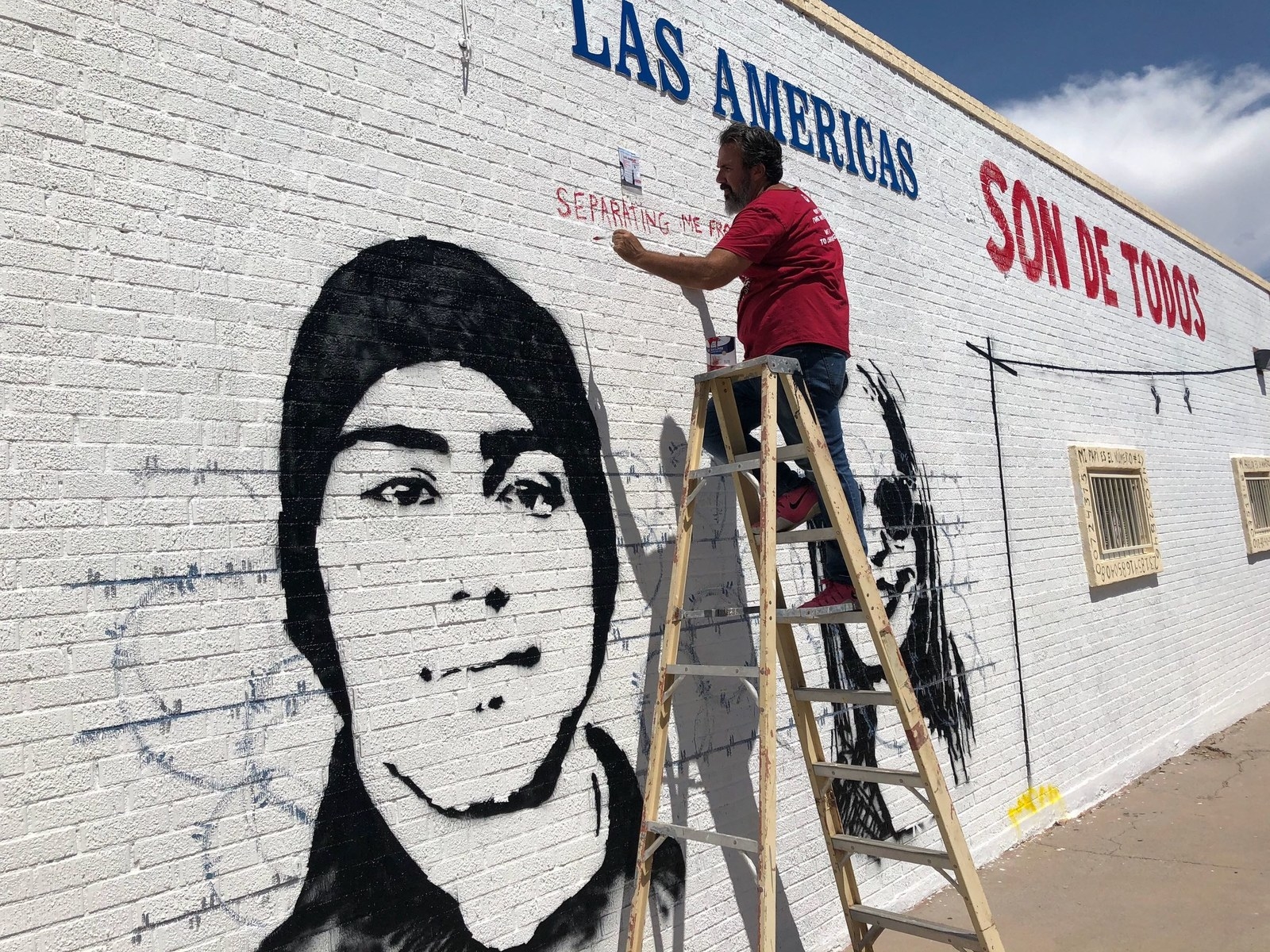 The parent of a student killed in the Parkland school shooting was just miles away from the El Paso white supremacist terror attack that left 20 people dead on Saturday.

Manuel and Patricia Oliver were commemorating what would have been their son’s 19th birthday with a group of 20 people by visiting a migrant shelter in Cuidad Juarez, just five minutes across the US border into Mexico. The next day of the trip they were to travel to El Paso to paint a mural.

When word of the mass shooting at a Walmart came during the first leg of the trip, Manuel told BuzzFeed News he was too jaded to be shocked.

“I got to be honest, it’s wasn’t a surprise for me,” Oliver said. “It’s been happening everywhere. Texas is a very gun-friendly state. This is our new tradition.”

For Oliver, 51, family separations at the border are no different from what he experienced with the loss of his son by way of gun violence.

“My family was separated in a permanent way,” Oliver said. “This is how we see these things. We have a perspective that the family is so vulnerable.”

He said they planned the trip to the border months ago with their 27-year-old daughter because their son Joaquin Oliver was a big immigration advocate, particularly interested in child separation. He’d been painting murals throughout the country but this one would have special meaning because of his son’s interest in family separations.

The two have been traveling the country since the death of their son. Last year, Oliver painted a mural in front of an NRA convention in Dallas. With paintings in Las Vegas and Chicago, the El Paso piece marks the 30th mural of his son, and with each one he tries to incorporate gun violence and his son’s passion for immigration rights.

Oliver, a Venezuelan immigrant who has has been painting from a young age, began working on the 14 ½ by 42 ft. piece at 9:00 a.m. on Sunday.

He expected to finish the mural at Las Americans Immigrant Advocacy Center — an El Paso non-profit dedicated to advocating for immigrant and refugee rights — for an unveiling Sunday evening.

The couple along with other advocates planned to have a silent procession to a local park where they’ll hold a vigil in honor of victims of mass shootings.

“We have to bring some support to the city,” Oliver said, criticizing hateful rhetoric against immigrants coming from the White House. “I want to make sure that the Latino community feels proud of themselves.”

“We are going to fight and defeat gun violence once and for all,” Oliver said.

Tags: a, Kille, OF, Parents, Student, THE
Recent Posts