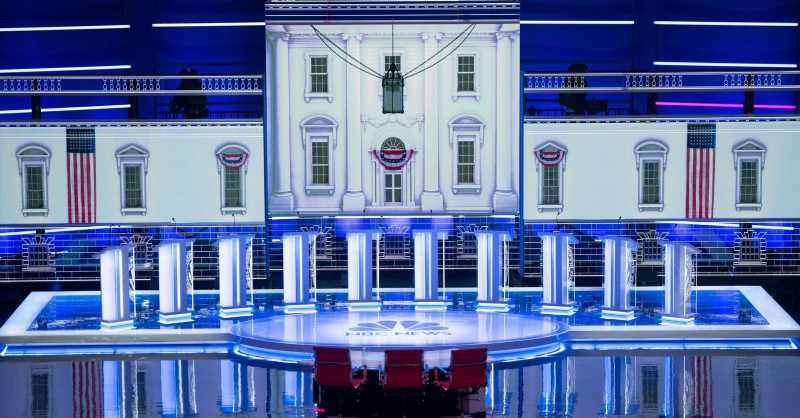 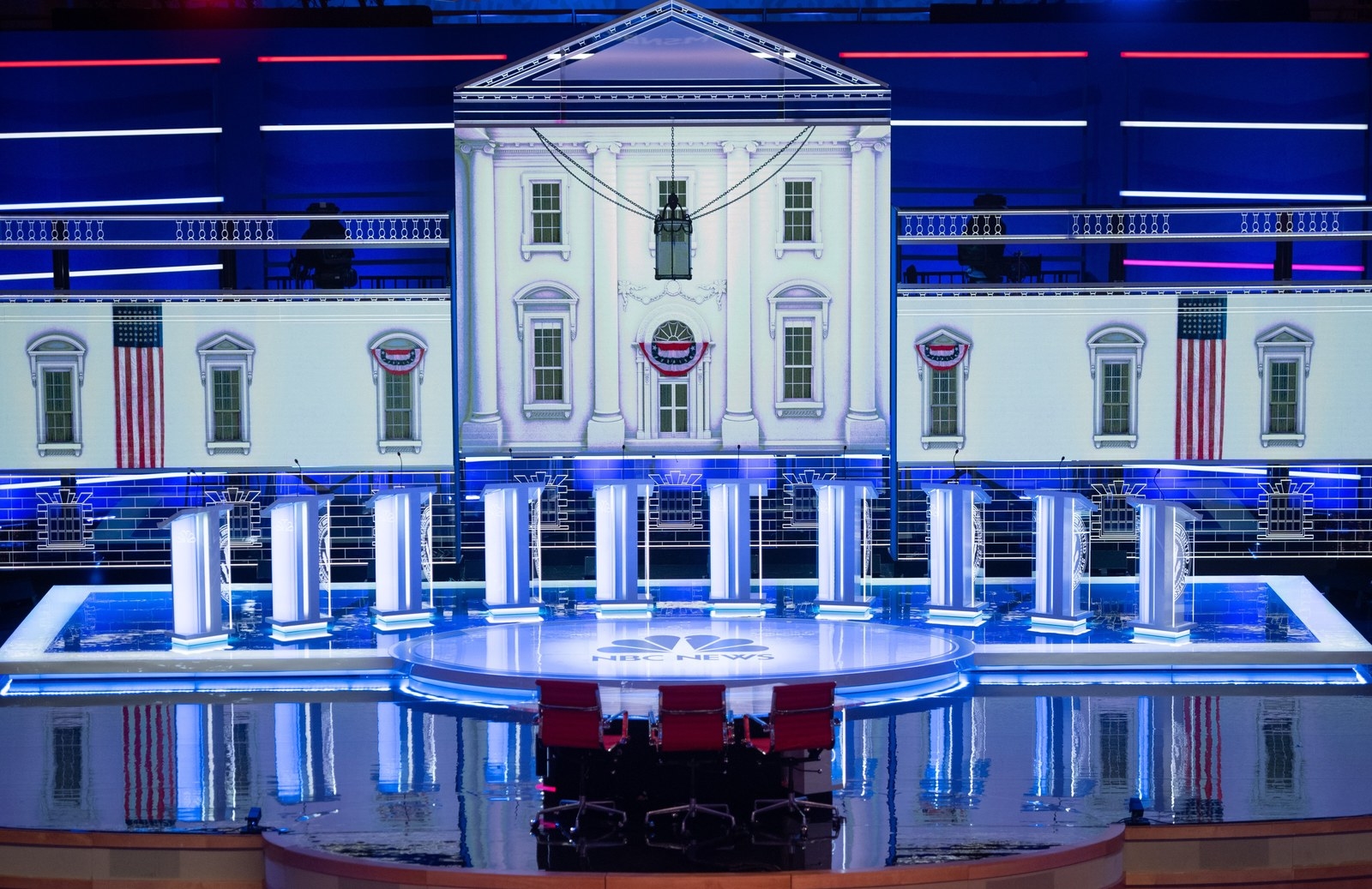 The stage ahead of the first Democratic primary debate at the Adrienne Arsht Center for the Performing Arts in Miami, Florida, June 26.

It was a bit of a relief back in 2012 when Twitter replaced the Spin Room.

Presidential debates had for years been the most theatrically clear examples of how media narratives get manufactured: A bunch of candidates put on a kind of televised show, and a small number of journalists then establish a Narrative. When the “spin alley” was introduced and then grew into a sprawling “spin room,” it was all a bit obvious: The media would, literally, rent out a high school gymnasium and invite political hacks in to tell us what to think. This is why people talk about not wanting your customers to see how the sausage is made. It’s gross.

Twitter put an end to that. The platform elevated the sharpest, sometimes glibbest, analysis, the best jokes, the worst lines, over stiff talking points. The reporters tweeted and read and by the time they got to the spin room, the consensus was settled. After Mitt Romney and Barack Obama had been on stage for 40 minutes, Romney’s victory in that consensus was complete. When Romney, in another debate, said awkwardly that he had “binders full of women” lined up for top jobs, clever outsiders made jokes and memes and shaped his attempt to promise inclusion into an emblem of an out-of-touch candidacy.

The Spin Room was already a joke in 2004, Triumph the Comic Insult Dog invaded it. By 2016 it was obsolete and campaigns were focused on working the refs on Twitter. That was basically a healthy shift: better a rough and imperfect public process of deciding what to think than a clubby private one.

Many campaigns and reporters will arrive at tonight’s debate ready, as usual, to fight the last war, or the one before that — to repeat canned jokes in the spin room, or to DM them to temporarily influential reporters on Twitter. But the rules of media, of course, keep changing. The democratization of social media has, for better and worse, spread well beyond the blue-check-marked political class.

The Twitter conversation, that central joke and idea machine, and the media itself are no longer uncontested vehicles. And as they deplore Donald Trump’s demonization of the media, Democrats also learn from him.

“If someone does poorly or the press says they do poorly, candidates will use the ‘media’ as a foil to generate sympathy and rally the base,” the former White House communications director Dan Pfeiffer, now also a co-host of Pod Save America, predicts. “This is the price the political media pays for the way 2016 was covered in the minds of core Democratic voters.”

Anyway, there’s now an easier alternative for public figures than trying to control the central media narrative, or even to attack it: Just tell your own story. The 2020 Democratic primary is the first in a really mature social media world, and the strongest candidates — even the weaker ones — have huge channels to communicate directly with their supporters — their stans, like Kamala Harris’s self-consciously named #khive — to tell their own versions of what happened on that stage, and rebut all criticism.

The maturity of social media also means that the insiders — reporters and politicos — aren’t the only, or most influential, voices on there, and campaigns are thinking hard about how to rally big outside voices to steer the narrative.

“In a crowded Democratic primary, where more of the nonpolitical people that reporters and elite opinion-shaping folks follow might have an opinion or share something, the bubble around the conventional wisdom is even more permeable, whether directed by the campaigns or not,” said a top aide to one of the leading campaigns.

The dynamics of the moment may also make this debate particularly divorced from the hegemony of the old political twitter. Part of it is that the campaigns will need to shift away fast from arguing about who “won” to asking for money from their supporters.

“Absent some huge, booming viral moment which will be hard to come by, there’s a very good chance that starting on the morning of the 28th, that deadline will drive more of a fundraising response,” said an aide to another top campaign.

And the old spin room, bereft of spin, began in 2016 to become something else, simply another free floating space in an endless campaign, another place for candidates to seek attention in a world where overexposure is irrelevant. (Still a good place to sandbag someone who won’t return your calls, of course.)

So what does this mean for tonight’s debate? Well — that you could watch it on Twitter, where all the best jokes will be; or you could just let the media finally, fully swallow its own tail, and watch the thing itself and see what you think.

More on the debate 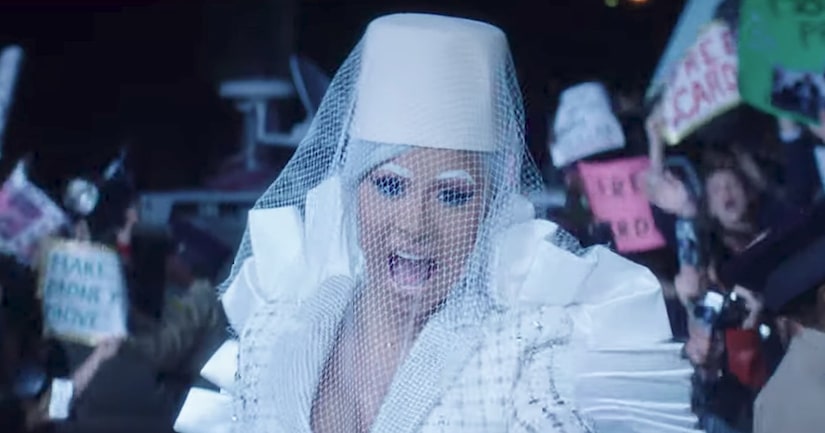 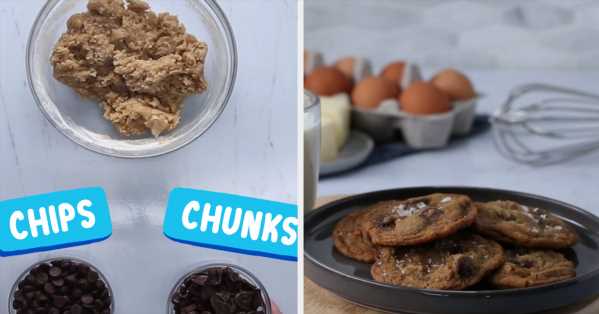