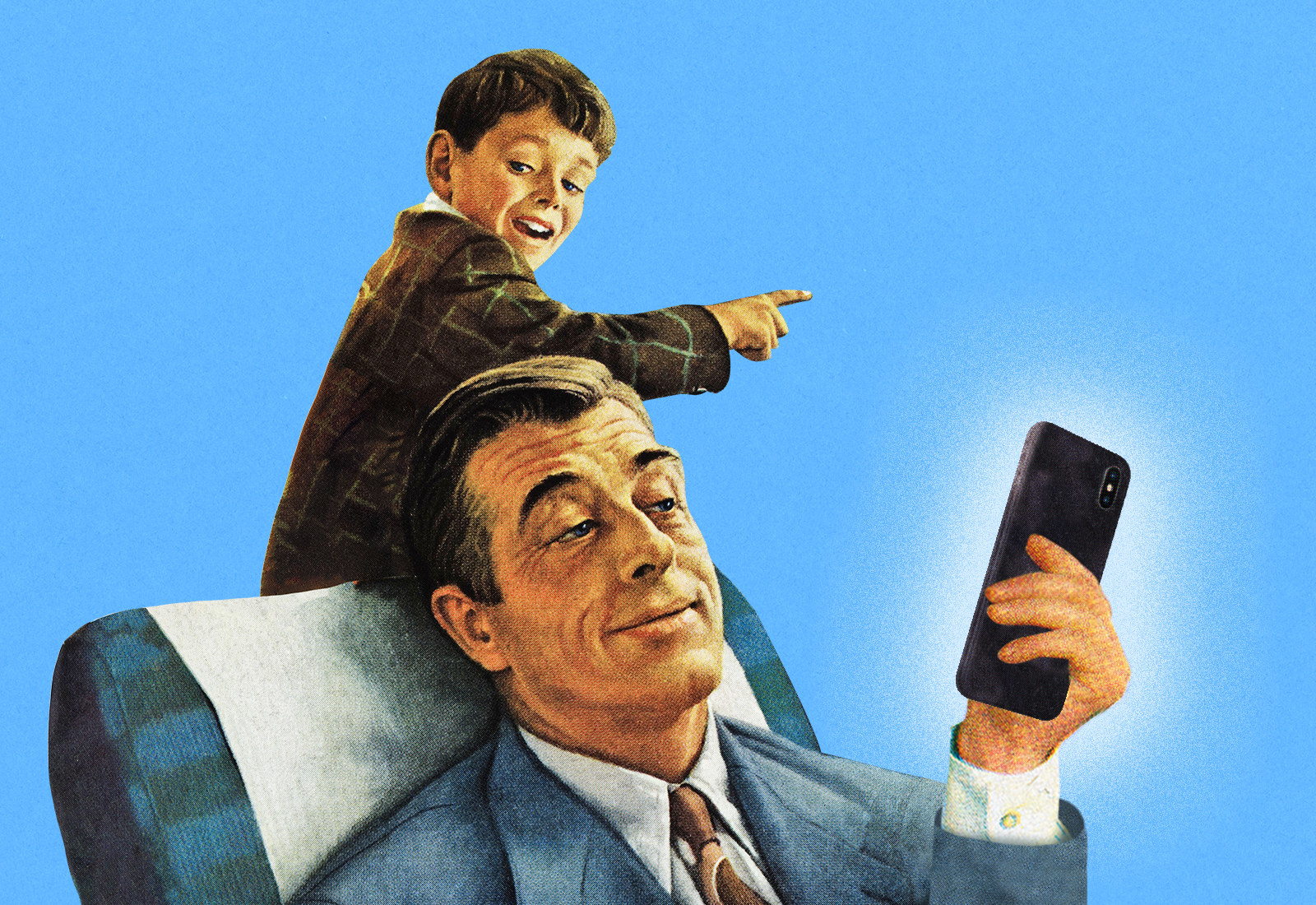 This story is part of Protect Your Parents From the Internet Week.

For a very specific crowd of social media users that could be best described as Media Twitter, Hugo Smith, 15, is the son of a very big deal Internet Person: Ben Smith, aka @BuzzFeedBen, editor-in-chief of BuzzFeed News. Before Media Twitter, there was an ancient, primordial place called the blogosphere, and Ben was a big deal there too, meaning Hugo has had an Extremely Online Dad for pretty much as long as he’s been alive.

So what’s it like having an internet-famous dad? We asked Hugo to share the highs and the lows.

Can you remember when you first realized your dad was a big deal on the internet? Did it become obvious at a particular moment, or was it just always there in the background?

Hugo Smith: Being very online has been a part of him for as long as I can remember, and it also meant that I was also online at a very young age — he helped me create my Twitter account when I was 5.

My first memory of his internet presence making its way into my life was when the principle of my elementary school said she thought a New York Times article about my dad was great, and she wanted to see my first BuzzFeed post. (In case you are wondering, it is “The 10 Best Clown Dog Pictures,” and I was 8.)

How has your dad’s internet use — being online so much, and being a well-known internet person — made its way into your everyday life? Can you remember examples?

HS: I may be jaded to this because I don’t have another point of comparison, but I don’t think it affects me as much as one might think. At some point, I was probably around 10, I googled his name and found an article criticizing him for keeping me on a leash. I left a snarky comment about how I was the kid on the leash and probably needed it — he didn’t know that I did that until recently!

Another way that his internet presence has affected my life is through social media. He hadn’t really picked up on this until I mentioned it to him, but I think I approach it slightly differently than most teens my age. With my Twitter and Instagram accounts, I’m a little more careful about what I post or retweet, knowing there’s always a chance that someone might look at it and judge him. Making my finsta (or as he likes to call it, sinstagram) has resolved a lot of this. I know that seeing this kind of pressure seems irrational, and it’s unlikely anyone even sees my tweets, but it’s a feeling I can’t totally shake.

Does he ever go completely offline? Is there an obvious difference when he’s totally off the internet, not checking his phone, not scrolling and refreshing feeds and all that? What changes about him or the way you interact with him?

HS: Hah. He goes completely offline for exactly one week per year, when we go on a family fishing trip — and he’s only offline because there is literally no electricity or cell service for many miles in any direction. I really love it and wouldn’t trade it for anything, because he is otherwise always connected. He’s a truly great dad, even when he is distracted, and having his full attention for an extended period of time is amazing.

HS: I am a more private person than most kids my age. I reviewed my entire internet presence a while back and removed a lot of the information out there — this was prompted by some stranger leaving comments on my finsta about my family. It also affects what I write on the internet — for example, the Slate piece I was interviewed in, and no doubt this one (if this line doesn’t get cut), are reviewed and edited by him before they’re published so he can cut parts if he wants. It’s probably the thing that bothers me most about his internet presence, but I also understand that I wouldn’t be doing any of these things if he wasn’t such an internet-famous person, so ¯\_(ツ)_/¯.

Have you learned any special moves for getting your dad’s attention during extremely online moments? How do you compete with Twitter?

HS: My pet peeve about him is when you’re talking to him and he’s on his phone only semi-listening. Sometimes you might have some long question, and he won’t notice it’s a question and just say uh-huh — but if you pause and ask if he’s listening, he’ll recite everything you said, even if he only processed it when he is saying it back to you. It’s hard to compete with the allure of Twitter sometimes.

My favorite strategies of late are to either intercept him while he is picking up his phone and stop him from starting to use it, or taking out my own phone until he realizes I’m distracted from him. He really has gotten better about it, but it can be very frustrating sometimes. I feel like maybe I need one of those shock collars they use on dogs to get his attention when he is immersed in his phone.

How closely do you follow your dad online? Do you pay attention to his tweets or random internet fights he’s getting dragged into, or the things he’s writing?

HS: I do follow my dad online, primarily through Twitter because that’s where he lives. When he’s traveling, or I just miss him for some reason, I’ll open up his Twitter profile and scroll through his tweets.

HS: He is exactly who he is online. ●