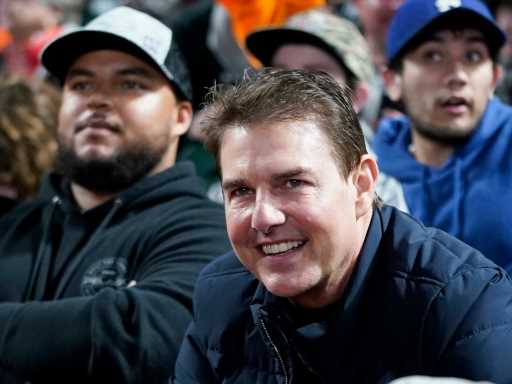 It’s not often we spot Tom Cruise in public with his kids, so Saturday’s outing at the San Francisco Giants versus the Los Angeles Dodgers baseball game was a rare opportunity to see him with son Connor Cruise, 26. And let’s just say, every camera was zoned in on the father and son — we are not sure anyone even bothered to watch the game.

Tom and Connor had great seats close to the field, but that didn’t stop the Top Gun star from greeting his fans and taking selfies. San Francisco Giants reporter Amy Gutierrez approached the actor for a sound bite asking who he was rooting for. He very diplomatically shared, “I’m a fan of baseball.” That sounds just like Tom, he never picks a side because he loves everyone and everything — the perfect A-list star response. And even actor Danny Glover stopped by to greet him — Tom was a big deal at the baseball game. 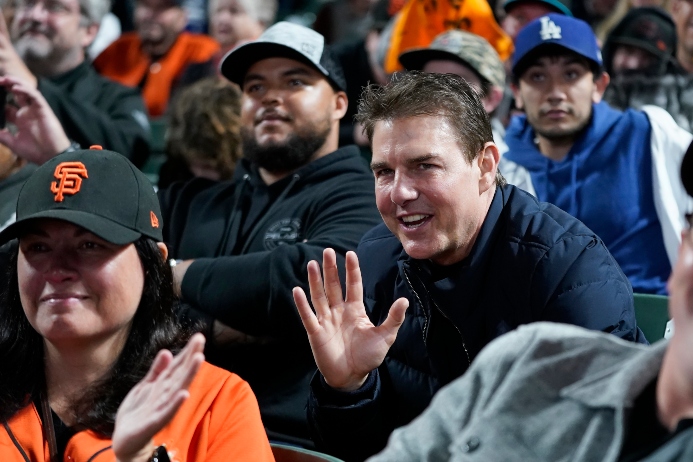 Connor took a more laid-back approach in joining his dad for an outing. He sat to Tom’s right and focused on baseball, not the ruckus created by his father being at the game. Tom adopted Connor with ex-wife Nicole Kidman in 1995. Their kids, including older sister Isabella Kidman Cruise, 28, spent more time with their father as they remained a part of the Church of Scientology. Even with this child custody outcome, Tom keeps his relationship with them out of the public eye.

It was also a big event to see Tom in the U.S. since he’s spent much of his time the last few years filming Mission: Impossible 7 in Europe. The filming was interrupted several times due to the pandemic and COVID exposure, but it is scheduled to be released on Sept. 30, 2022. We will hopefully get more Tom sightings in the buildup to the premiere and maybe he will bring his camera-shy kids along for the ride.

Before you go, click here to see celebrity kids who are all grown up.