THE RIGHTEOUS GEMSTONES Stream on HBO platforms. John Goodman plays the patriarch of a family of televangelists in this new comedy series. The show, whose first episode aired Sunday night and is available to stream, is the latest creation from Danny McBride (“Eastbound & Down”). It wrings laughs by mixing excess with righteous language, centering on Eli Gemstone (Goodman) and his children — Jesse (McBride), Judy (Edi Patterson) and Kelvin (Adam DeVine) — who are experts in turning the word of God into cash. They’re also extremely dysfunctional and comically selfish, casually using their faith as justification for misdeeds. “Your ability to accept me for the sinner I am,” McBride’s character says while praying, “only speaks to your greatness.”

DAUGHTERS OF THE DUST (1991) Stream on Netflix; Rent on Amazon. A completely different depiction of multiple generations of a family interacting with each other can be found here, in Julie Dash’s lush feature about a group of Gullah people in 1902 living on the Sea Islands off the South Carolina-Georgia coast. The story takes place as family members are preparing to leave for the mainland; the cinematography, by Arthur Jafa, won an award at the Sundance Film Festival. 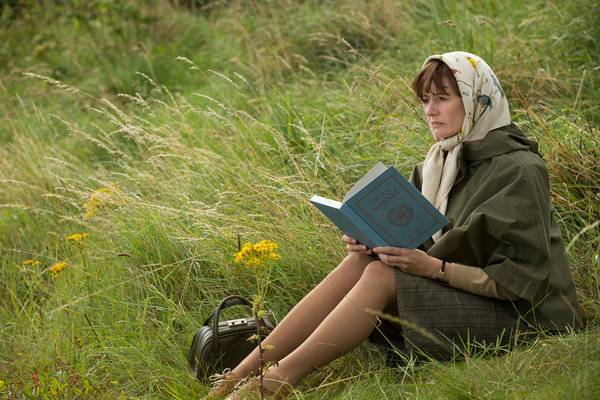 THE BOOKSHOP (2018) Stream on Hulu; Rent on Vudu. The Spanish director Isabel Coixet was behind this adaptation of the 1978 novel by the English writer Penelope Fitzgerald. The 1950s-set story centers on a young woman, Florence (Emily Mortimer), and an important piece of real estate. Having been widowed during World War II, Florence decides to open a bookshop in an English coastal village. That move elicits the outrage of a wealthy local, Violet (Patricia Clarkson), who tries to pry the space away. Florence stands her ground alongside a soft-spoken ally: a book connoisseur played by Bill Nighy. “His character’s near-silent connection with Florence is an oasis of long, meticulously choreographed moments that are enormously affecting,” Jeannette Catsoulis wrote in her review for The New York Times. “Their relationship is emblematic of a movie whose greatest pleasures often seem to derive from what fails to happen, the showdowns and declarations that hang tantalizingly in the wind.”

WALL-E (2008) 7 p.m. on Freeform. “I never think about the audience,” Andrew Stanton, who directed and was a writer of this movie, told The Times shortly before the film’s release. “If someone gives me a marketing report, I throw it away.” An animated love story with robots at its center and little in the way of lines seemed like a bit of a risk back then — but “Wall-E,” of course, ended up being a hit. That’s thanks in part to the expressiveness of Wall-E, the titular machine sent to clean up an Earth ravaged by environmental catastrophe, and Eve, the robot he falls in love with. “It is, undoubtedly, an earnest (though far from simplistic) ecological parable,” A.O. Scott wrote in his review for The Times. “But it is also a disarmingly sweet and simple love story, Chaplinesque in its emotional purity.”

Gabe Cohn writes about television, fine art, film and other topics related to culture and the arts. He joined The Times in 2017.