THE TERROR 9 p.m. on AMC. In the second season of this anthology series, the horror of Japanese-American internment camps in World War II is mixed with a ghost story influenced by the Japanese folkloric tradition of kaidan. Set mostly in an internment camp, the season stars the actor Derek Mio as Chester, an American-born California college student who is forced into the camp along with his family. The plot involves a series of mysterious deaths. Among the ensemble is an elder played by George Takei, the “Star Trek” actor who as a child was among the roughly 120,000 West Coast Japanese-Americans who were forced into camps as a result of racist anti-espionage measures enacted after the bombing of Pearl Harbor. “This project is groundbreaking in that the story of the internment of Japanese-Americans is being told on this scale, this scope, for the first time” on TV, Takei recently told The New York Times. “It’s massive, 10 hours, 10 episodes and in such depth — the characters are examined in depth.”

OUR BOYS 9 p.m. on HBO. The 2014 killing of the Palestinian teenager Muhammad Abu Khdeir, in the wake of the kidnapping and killing of three Israeli teenagers, set off a conflict in Gaza that resulted in many more deaths and hardships. This 10-part series dramatizes the investigation into Khdeir’s murder, and explores how a pair of grim events snowballed. 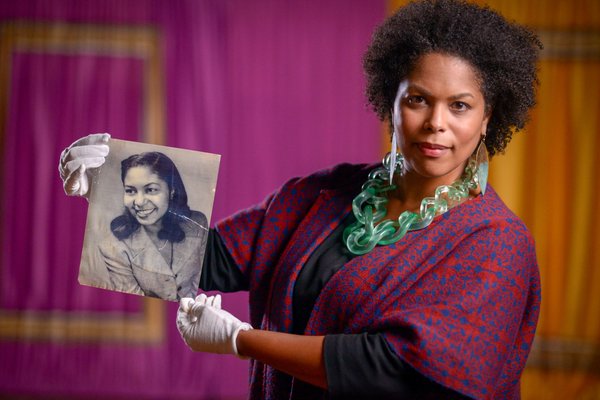 FAMILY PICTURES USA 9 p.m. on PBS (check local listings). The documentary filmmaker Thomas Allen Harris has long been interested in the way photographs have shaped historical narratives in America. His 2014 feature, “Through a Lens Darkly: Black Photographers and the Emergence of a People,” explored the ways in which photographs have been used by African Americans for centuries as tools of representation. In this new three-part series, Harris visits communities in North Carolina, Detroit and Florida, using interviews with locals paired with pictures of their ancestors to show the ways history shapes place — and how a family photo album can unearth little-known local histories. (“Once you see America through family pictures,” he says, “you’ll never see this country the same way again.”) The first episode, which focuses on North Carolina, includes histories tied to tobacco farmers; a cigarette roller; and businesspeople in the Durham, N.C., area known as Black Wall Street, where African-American entrepreneurs thrived around the beginning of the 20th century.

GLOW Stream on Netflix. In a recent interview with The Times, the actress Betty Gilpin described the set of this wrestling comedy as being “like a feminist Montessori biodome experiment.” Gilpin plays Debbie, one of several spandex-clad members of a made-for-TV 1980s women’s wrestling league. Other cast members include Alison Brie as a fellow wrestler and Marc Maron as a TV producer. The third season relocates from Hollywood to the Las Vegas Strip.

Gabe Cohn writes about television, fine art, film and other topics related to culture and the arts. He joined The Times in 2017.