Between network, cable and streaming, the modern television landscape is a vast one. Here are some of the shows, specials and movies coming to TV this week, Feb. 15-21. Details and times are subject to change.

IN COLD BLOOD (1967) 8 p.m. on TCM. The “hard blue skies” that Truman Capote described as hovering over rural Kansas in his pioneering 1966 nonfiction book, “In Cold Blood,” are turned black and white in this celebrated film adaptation from Richard Brooks. The movie dramatizes the 1959 quadruple murder that Capote’s book made famous, in which two men, Perry Smith (played by Robert Blake) and Richard Hickock (Scott Wilson), killed four members of a wealthy family in Holcomb, Kan., in a botched home robbery. Brooks’s adaptation has an eerie realism; it was shot largely on location, including on the farm where the actual murders took place, and was made to have a documentary feel. It’s all set to an unsettling score by Quincy Jones. The sum of those parts, Bosley Crowther wrote in his 1967 review for The New York Times, is a movie that “sends shivers down the spine while moving the viewer to ponder.”

THOR: RAGNAROK (2017) 6:15 p.m. on TNT. Marvel Studios enlisted Taika Waititi, the New Zealand filmmaker known for serving up offbeat humor in movies like “What We Do in the Shadows,” to breathe new life (and laughs) into its “Thor” franchise with “Thor: Ragnarok,” a blockbuster with a secret superpower: self-deprecation. Chris Hemsworth returns as the god of thunder, this time with a new villain to save the world from — Hela, the goddess of death, played by Cate Blanchett — and a cheekiness to go with his long blonde hair. 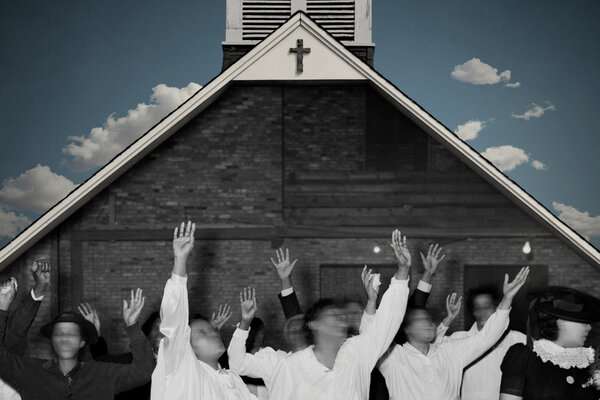 THE BLACK CHURCH: THIS IS OUR STORY, THIS IS OUR SONG 9 p.m. on PBS (check local listings). Henry Louis Gates Jr. hosts this new two-part documentary about the role of Black religious spaces and communities as centers of faith, resilience and organization for generations. He interviews a range of figures including religious leaders like Bishop Vashti Murphy McKenzie and the newly minted senator Rev. Raphael Warnock; musicians like John Legend, Jennifer Hudson and Yolanda Adams; and other prominent voices including Oprah Winfrey and the philosopher Cornel West. Gates also explores the current place of African-American faith communities in the era of the Black Lives Matter and environmental justice movements. “The church gave people a sense of value, and of belonging, and of worthiness,” Winfrey says. “I don’t know how we could have survived as a people without it.”

YOUNG ROCK 8 p.m. on NBC. The world has seen many versions of Dwayne Johnson over the years — Dwayne “the wrestler” Johnson, Dwayne “the ‘Fast and Furious’ star” Johnson and, of course, Dwayne “the Rock” Johnson — so it’s fitting that three different actors play Johnson in this sitcom series based on his life. Dreamed up by Johnson and the “Fresh Off the Boat” creator Nahnatchka Khan, the show portrays Johnson during three periods of his childhood and young adulthood, telling a fictionalized version of his upbringing and mining comedy from the experiences that shaped him, which go well beyond hitting the Bowflex.

LINCOLN (2012) 8 p.m. on HBO. Abraham Lincoln’s birthday is this month. Pay homage to the birthday boy by revisiting Steven Spielberg’s epic portrait of the 16th president, with an Academy Award-winning lead performance from Daniel Day-Lewis. The screenplay, written by Tony Kushner, is built around two momentous events in Lincoln’s political life: the Gettysburg Address and his second Inaugural Address. Much of the plot is focused on Lincoln’s arduous efforts to get a bill passed in Congress. The result is “less a biopic than a political thriller,” A.O. Scott wrote in his review for The Times, “a civics lesson that is energetically staged and alive with moral energy.”

THE WIDOWER 10 p.m. on NBC. More than a decade of reporting went into this new true-crime mini-series from the producers of “Dateline NBC.” The show looks at a murder case with a remarkably chilling premise: A Las Vegas man calls the police to report that his wife has been murdered in a home invasion, but the subsequent investigation reveals that three of the man’s former wives also died under mysterious circumstances. This naturally raises questions about his role in the deaths.

PATRICE O’NEAL: KILLING IS EASY 10 p.m. on Comedy Central. The stand-up comic Patrice O’Neal was known for both his searing humor and for the respect he commanded from his comedy peers during his career, which ended with his death in 2011. This documentary, directed by Michael Bonfiglio (“Jerry Before Seinfeld”), looks at O’Neal’s life, humor and legacy. It includes interviews with Colin Quinn, Bill Burr, Kevin Hart and other comics who admired O’Neal.

LILIES OF THE FIELD (1963) 8 p.m. on TCM. This year’s movie awards season is just starting to ramp up, but it’s already certain to be remembered for decades to come as the Academy Awards and other shows try to honor movies released during a year when theaters were largely closed and studios had to shelve many of their biggest releases. In 1964, Sidney Poitier was a one-man awards-season history maker: He became the first African-American to win the Academy Award for best actor, for his performance in “Lilies of the Field.” The film stars Poitier as nomadic former G.I. who stumbles upon a group of Roman Catholic nuns living in the Arizona desert, and eventually helps them build a chapel.

THE VACCINE: CONQUERING COVID 8 p.m. on Discovery. This special looks at the development of Covid-19 vaccines through interviews with people on several sides of that colossal challenge, including Dr. Anthony Fauci, the National Institutes of Health director Dr. Francis Collins, and scientists from Johnson & Johnson and Pfizer. It also looks at the experiences of some early trial volunteers.