PARIS — For more than 70 years, Léone Meyer’s family has fought to reclaim a looted painting, and yet she cannot bear the thought of displaying it in her Left Bank home, across from the River Seine.

The small work, by Camille Pissarro, shows a shepherdess tending her flock, and hangs not far away at the Musée d’Orsay, with other precious French Impressionist paintings. But the peaceful countryside scene from 1886 is fraught with a back story of plunder, family tragedy and legal battles that stretch from Paris to Oklahoma.

Dr. Meyer’s mother, grandmother, uncle and brother died in Auschwitz. Her father hid the painting in a French bank that was looted in 1941 by the Nazis, and the work vanished in the murky universe of art market collaborators and middlemen. Decades later, in 2012, she discovered the whereabouts of “La Bergère,” or “Shepherdess Bringing in Sheep,” in the Fred Jones Jr. Museum of Art, at the University of Oklahoma. In 2016, she brokered a compromise to rotate it between the university and a French museum.

The legal tug-of-war started anew after Dr. Meyer sought to change the agreement and permanently keep the painting in France, provoking courtroom clashes about its future this month in Paris and the U.S. District Court for the Western District of Oklahoma.

“When something is stolen, I expect it to be returned,” Dr. Meyer, a former pediatrician, said in an interview. “I have no other interest than to recover this painting in the memory of my family.”

She felt pressure to sign the agreement in 2016 after four years of protracted negotiations, she said. The document, she added, contained a translation error from English to French in a section relating to the painting’s ownership, but she had overlooked it at the time.

“I thought it was better to see the portrait that I had never seen in my life,” she said. “It was better that it came back to France. I accepted the deal with the idea to renegotiate it.” 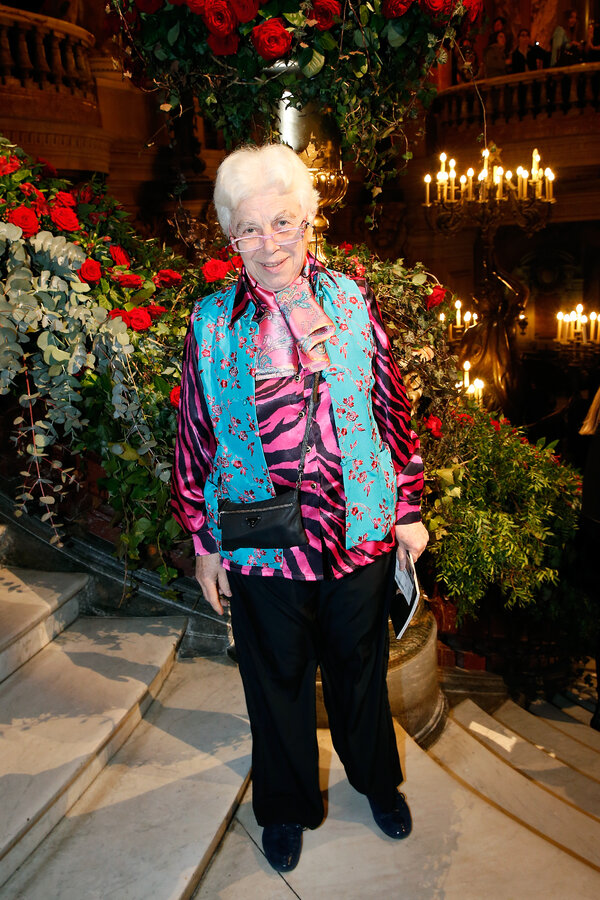 On Tuesday, a judicial tribunal in Paris weighing whether to block the work from being shipped out of France ordered Dr. Meyer and the university to meet with mediators. Earlier this month, a federal judge in Oklahoma threatened to hold Dr. Meyer in contempt if she continued to pursue litigation in France.

A trial is scheduled for Jan. 19 in Paris to hear Dr. Meyer’s arguments for keeping the work in France, and a second hearing is set for March on whether to prohibit transport abroad.

Thaddeus Stauber, a lawyer who represents the University of Oklahoma, said it opposes mediation, because, in its view, the matter has been settled by its contract with Dr. Meyer.

In November, the American Alliance of Museums and the Association of Art Museum Directors sent a letter to the Fred Jones Jr. Museum of Art to express their support for the university’s fight to maintain the settlement.

In another sign of the intensifying struggle, French officials from a state commission that considers looted art work claims are examining information provided by Dr. Meyer and her lawyers that raises questions about the provenance of other artworks that were donated by an Oklahoma oil tycoon, along with the Pissarro, to the university museum. But such a review could easily take more than a year, said Michel Jeannoutot, the commission’s president.

Throughout the years of negotiations leading up to the 2016 agreement, the university never denied that the painting was looted by the Nazis. It objected to returning the work on procedural grounds, arguing in a 2015 statement that giving back the painting would risk “disgracing all prior good-faith purchasers” such as its donor, who bought it from a New York gallery in 1957.

“Our position continues to be that we worked through it collectively, in 2016, and we reached a resolution,” Mr. Stauber said.

The Meyer family’s pursuit of the Pissarro shows the stubborn resolve of two generations. After the war, Raoul Meyer — Dr. Meyer’s father, who was the longtime chairman of the Galeries Lafayette department store chain — started the search for art seized in 1941 from his bank vault in Southwestern France by the financial arm of the Nazi occupation.

He recovered many of the missing works, discovering in 1951 that the shepherdess had ended up with a Swiss buyer after a series of trades by art market dealers who collaborated with the Nazis. Like his daughter, he also negotiated its return, but balked at the terms of the offered deal; he refused to buy back his property.

By 1996, Dr. Meyer resumed her father’s quest, hiring experts to search for the shepherdess, which had since changed hands. Dr. Meyer was elected chairman of the Galeries Lafayette company in 1998, about the same time that she intensified the hunt by organizing conferences on looted art.

“It would have been easier not to search; much easier,” she said. “Nevertheless, I felt I had to do it.”

She had the financial resources to enlist professional researchers, but it was not until 2012 that one of her sons discovered a clue on a blog that led to the University of Oklahoma, which had received the painting, with other works, in 2000. The ensuing legal battle over ownership ended with the 2016 compromise to transfer the painting to France for public display for five years, until July 2021, followed by three-year rotations between Oklahoma and France.

As the deadline to begin arrangements for the transfer back to Oklahoma loomed, Dr. Meyer last year changed lawyers and approached the university to modify the agreement. Dr. Meyer said she unsuccessfully offered to buy back the painting. Ideas were floated about loaning other similar works from the Musée d’Orsay to Oklahoma, Dr. Meyer said — perhaps other Pissarro paintings.

Francis Steinbock, a general administrator for the museum, said that the Musée d’Orsay stayed on the sidelines of the dispute. It is not a legal party in this “painful situation,” he added, and there were never any formal discussions between the museum and the university about loans. (A 2019 document seen by The New York Times, however, shows that a Musée d’Orsay official had proposed the idea of a limited loan in place of the shepherdess painting.)

Dr. Meyer said she ultimately wants to donate the painting to the Musée d’Orsay, but its managers have raised objections to the long-term conditions of the donation: the cost of transporting the work between countries and the physical affect that would have on the fragile painting.

There is precedent for such rotations in a legal dispute; Manet’s “Music in the Tuileries Gardens” travels back and forth every six years between Ireland and England as part of compromise to settle an ownership dispute between the National Gallery in London and Hugh Lane Gallery in Dublin. Mr. Stauber, the Oklahoma university’s lawyer, noted that under the terms of the agreement with Dr. Meyer, the university paid for transportation to France and will fund its return to the United States.

“Everybody went into this relationship informed with all the facts,” Mr. Stauber said.

But the French legal view on looted artworks has also evolved since the compromise was hammered out with Dr. Meyer. She and her legal advisers cite a recent ruling in another Pissarro dispute, in which a judge relied on a 1945 French decree to conclude that if a work was plundered during the war, all following sales are null and void.

After almost 25 years of searching and waging legal battles for the shepherdess, Dr. Meyer remains resolute to continue her quest. She said she still remembers the jolt she felt, in 2017, when she saw the painting for the first time, virtually alone, in the Musée d’Orsay. It’s too emotional, she said, to display such a painting in her home because it is seared with family memories.

“I cried,” she said. “It was a terrible emotional shock. I thought of my parents and how they looked at this and why they bought it.”

The shepherdess, she said, belongs in the Musée d’Orsay with a simple plaque devoted to her family.