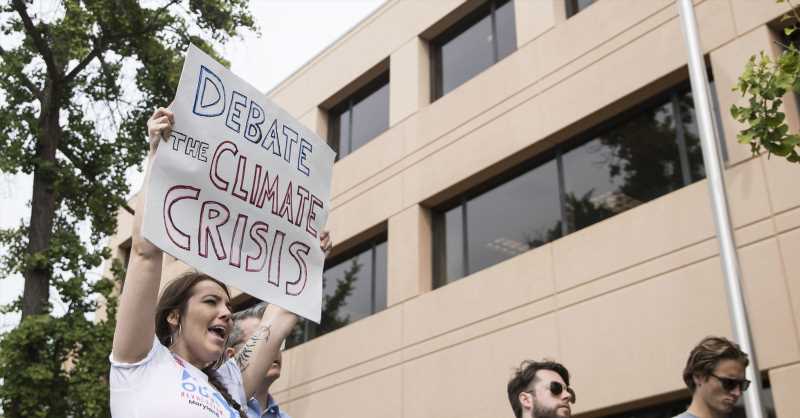 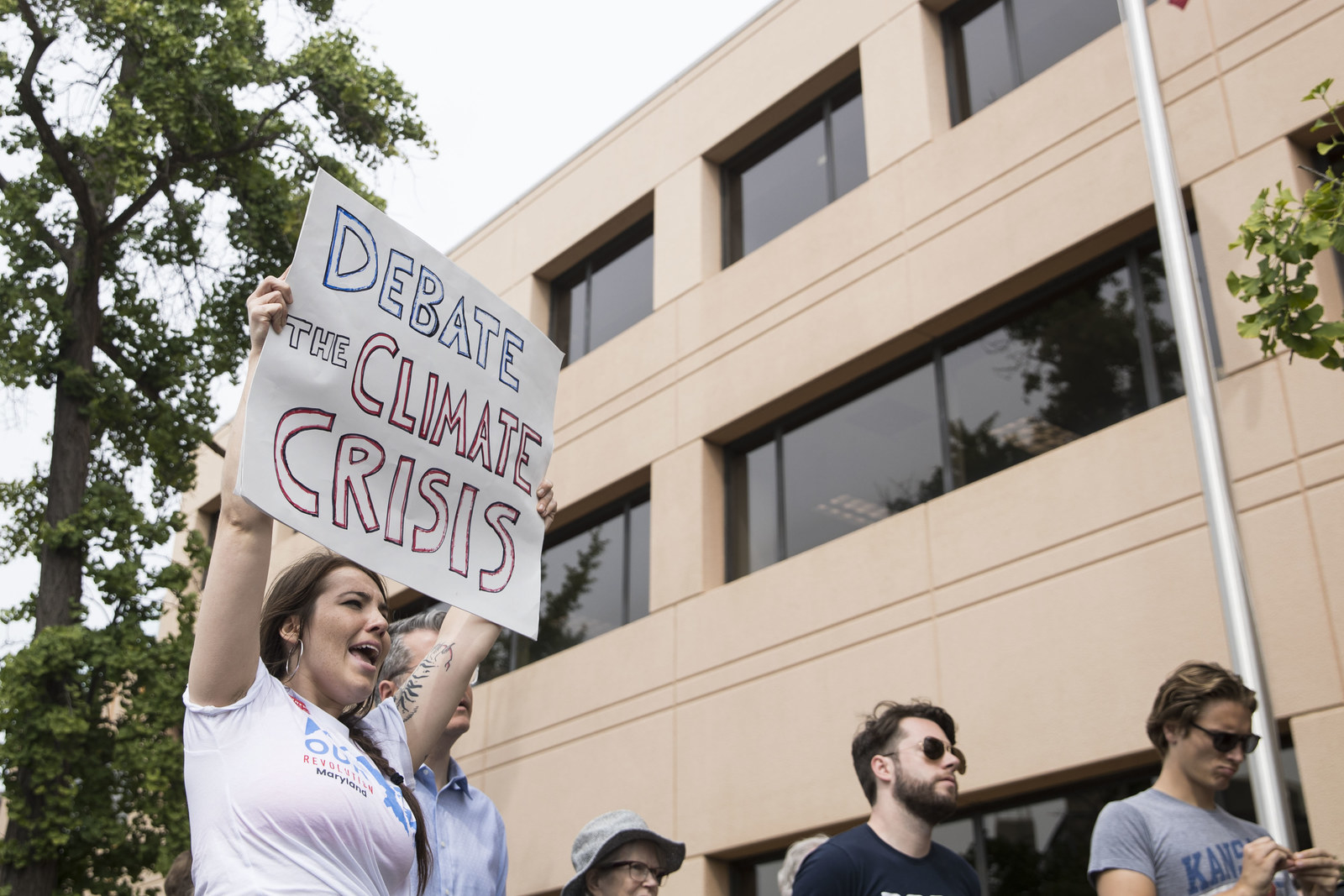 WASHINGTON, DC — The young protesters who have increasingly become the face of an urgent new movement to combat the climate crisis rattled the Democratic Party’s central institution this week, camping out on the steps of its headquarters and sending jitters through its senior staff ranks.

About a dozen protesters in black t-shirts stood vigil on Tuesday and Wednesday night outside the Democratic National Committee’s headquarters, and more than a hundred watched the debate on a screen outside the locked Washington institution.

“We need to show people we’re willing to sacrifice our time, to sleep on brick floors for this cause,” said Juliana Rossi de Camargo, a 25-year-old fellow with the Sunrise Movement. “This is an emergency.”

In Miami, where the DNC’s senior staff gathered for the first Democratic debate, party staff sent an urgent email to campaigns warning them against their supporters disrupting the debate itself. The email was aimed, a Democratic source said, at Washington Gov. Jay Inslee, who had invited young climate activists to attend the debate as his guests.

“Should there be any disruptions in the hall and the individual(s) involved are identified as invited guests of a campaign, the time lost to the disruption will be taken out of the candidate’s already limited time,” the email warned. “Please communicate this with your invited guests.”

Inslee’s campaign said they had no such plans, and the debate proceeded without disruption.

“We’re going to be making sure that the 2020 [candidates] will take the climate crisis seriously,” said Alexandria Villaseñor, a New York City 8th grader who founded the group Earth Uprising and attended the debate as Inslee’s guest.

Back at the DNC, the activist crowd erupted into cheers every time climate was mentioned during the debate.

It happened when Sen. Elizabeth Warren briefly mentioned climate in the debate’s opening minutes; again when Inslee said in the second half: “Who is going to make this their priority? I’m the only candidate”; and again when former Rep. Beto O’Rourke spoke about the extreme weather impacts in Texas.

But the handful of minutes devoted to climate change, mostly packed into the second half of the two-hour debate, weren’t nearly enough for the more than 50 young climate activists.

Lauren Maunus, a 21-year Sunrise coordinator, described the climate air time as “totally insufficient.” She was stunned only some of the candidates were even asked about the subject.

But it’s also what they were expecting. And it’s why they went, on Tuesday afternoon, to confront DNC officials in downtown Washington about their refusal to hold a climate-focused debate. The DNC staff locked the doors on them, and so the activists decided to stay. In doing so, they endured back-to-back days of around 90-degree weather, and cockroaches at night.

Mid-way through Wednesday’s debate, Maunus announced to the crowd that at least some members had decided to stay until the end of the second debate.

The Sunrise Movement was launched into fame through its members storming the halls and offices of Congress last fall, following the 2018 midterm elections. The DNC camp-out seemed a natural extension.

Rossi de Camargo said even bigger actions were in the works. “We won’t back down,” she said.

Inslee, the self-proclaimed climate candidate, called on the DNC in April to host a debate devoted to climate crisis, and more than a dozen candidates have since endorsed the idea. But in early June, the DNC declined and threatened to bar any candidate that participated in a third-party single-issue debate from rejoining the DNC debate stage.

Since then, support for the climate debate has only grown. Wanting to keep up the momentum, the young activists planned their protest this week. They had not intended to stay the night, several of them told BuzzFeed News, but were motivated partly by an outpouring of support from some of the presidential candidates. Inslee’s campaign sent cookies; former U.S. Department of Housing Secretary Julian Castro’s campaign sent bagels and fruit; Vermont Sen. Bernie Sanders’ campaign sent pizza.

Refreshments and help also came from other environmental groups and even strangers. A stranger volunteered a red pick-up truck that was used to support the jerry-rigged screen the debate was projected on.

For some of the activists there, this was their first overnight protest. And by the time the debate actually rolled around, they were physically and emotionally exhausted. So to pump people up, they held a brief rally, where people shared stories about why they wanted a climate debate and sang songs.

After the debate, the group closed on a different song: “I went down to the DNC, took back what they stole from me. “

More on the climate debate 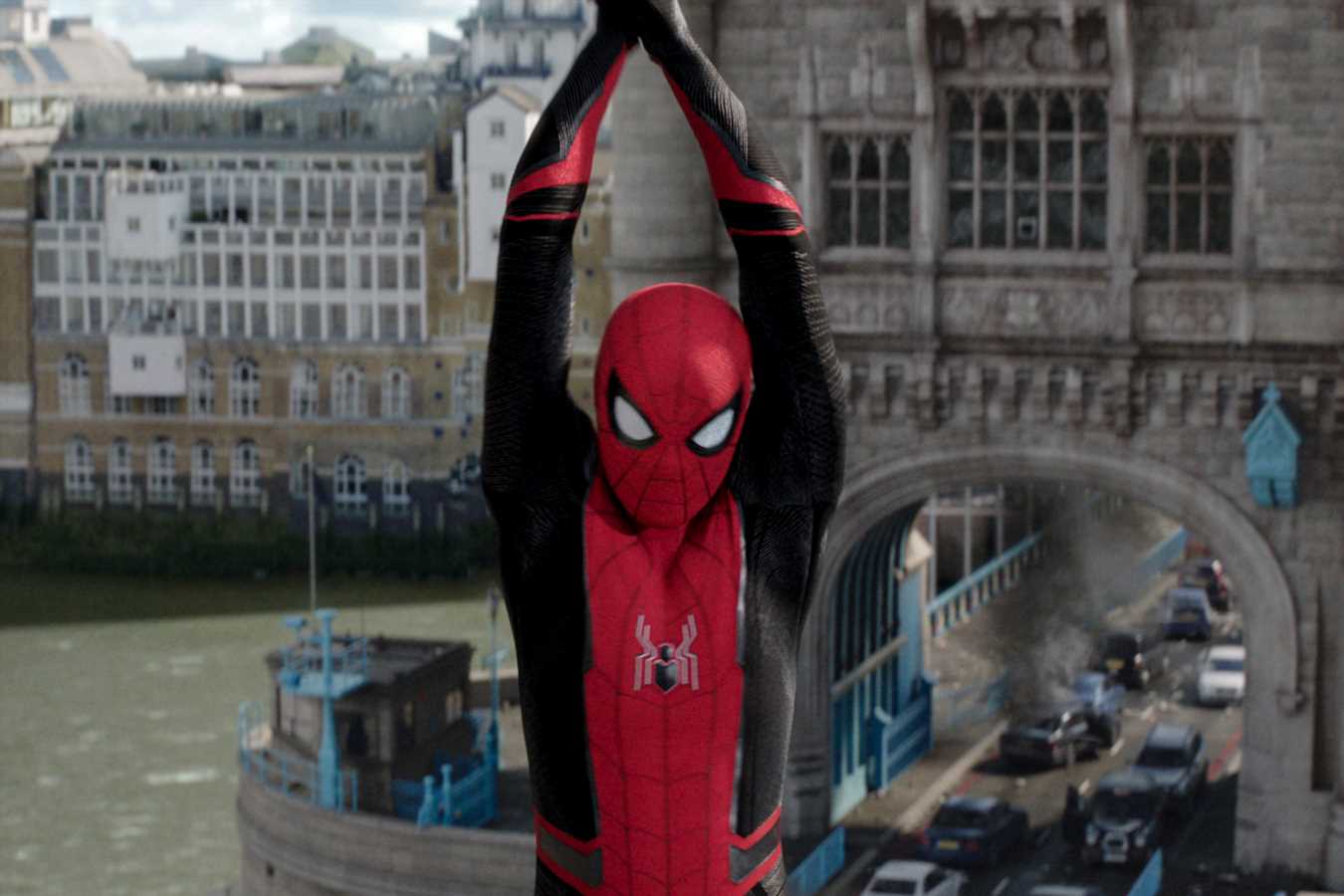 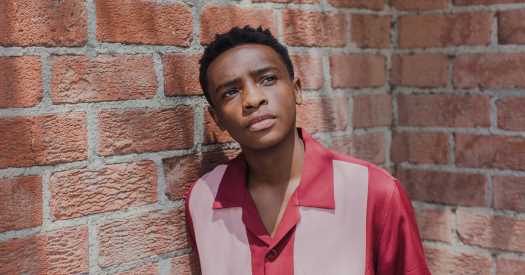 Next post Caleel Harris, a Young Star of ‘When They See Us,’ About the Central Park Five
Related News
Lifestyle
Recent Posts