In early 2019 Hollywood trade mags reported that Apple TV+, beating out numerous distributors, had paid a hefty $US25 million ($32 million) for the rights to Billie Eilish: The World’s a Little Blurry, the newly-released documentary on the Grammy-winning Gen Z phenomenon.

“Is it possible that they paid more? Could be,” he says, enticingly. 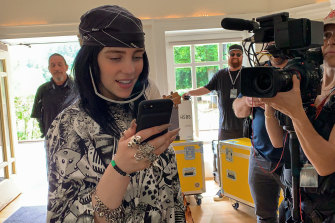 However many multi-millions figure in the exact price tag, it proves the astounding current demand for the pop star documentary, a once niche genre that’s experienced a boom in line with the streaming wars. Suddenly it seems every pop star wants to be in one, and every streamer wants to buy one.

While cinema verite classics like D.A. Pennebaker’s Don’t Look Back (1967), the Maysles’ brothers’ Gimme Shelter (1970), and Alek Keshishian’s In Bed With Madonna (1991) once defined film school curriculums on the genre, the trend surged in the past decade following hit releases including Justin Bieber: Never Say Never (2011) and Katy Perry: Part of Me (2012) which offered fly-on-the-wall peeks into pop star realities.

The genre has exploded. Lady Gaga has one (Gaga: Five Foot Two; 2017). Taylor Swift has one (Miss Americana; 2020). K-pop superstars Blackpink have one, too (Blackpink: Light Up the Sky; 2020). Even a relatively minor artist like divisive rapper Tekashi 6ix9ine has one, with the new release of a Showtime docu-series charting his life.

For the world’s biggest stars the current going rate for the genre seems to be $US25 million – that’s also the amount that blockbuster director Peter Berg reportedly copped from Amazon for his upcoming four-years-in-the-making documentary on Rihanna.

Cutler, who’s been making documentaries for 30 years – most notably The War Room (1993), which followed Bill Clinton’s 1992 presidential campaign, and The September Issue (2009) about Vogue editors Anna Wintour and Grace Coddington – says the demand for the genre is greater than it’s ever been thanks to streaming’s impact.

“I remember I would run into [Netflix chief executive] Ted Sarandos at Sundance and he’d say to me, ‘Dude! The War Room! It’s one of our most successful films.’ This was when Netflix was still mailing out DVDs. And he was like, ‘I’m telling you, documentaries are the thing.’ And so as Netflix grew, the ability for the audience’s appetite to find an outlet and the ability for the buyers to recognise that developed. 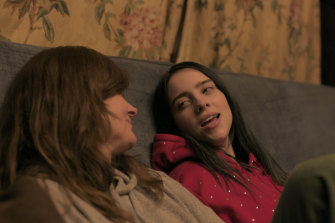 Eilish with her mum Maggie Baird in a scene from Billie Eilish: The World’s a Little Blurry.Credit:Apple TV+

“Then Netflix started getting competition. So Netflix wants to buy these documentaries? Well, so does Amazon, so does Disney+, so does Apple… All of a sudden now you’ve got six, seven, eight premium buyers. So the marketplace is very healthy! When I started, there was no marketplace. It was tough, challenging. We sold The War Room for $US100,000.”

Of course with saturation often comes underwhelming product, perhaps even nefarious, an idea skewered half-a-decade ago in Andy Samberg’s prescient mockumentary Popstar: Never Stop Never Stopping – the perception that these films are often blatant promotional products or used by record labels to actively maneuver a pop star’s persona or image.

When YouTube released Justin Bieber: Seasons in January 2020 (the online platform reportedly paid $US20 million for the honour), music site Pitchfork savaged the doco series as “redemption propaganda”. When Swift’s Miss Americana was released that same month, Wired suggested the film was “pointless in the Instagram era”. 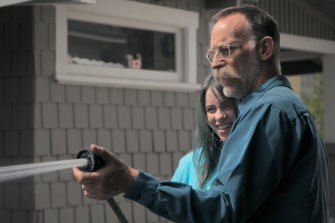 “Musicians have always been really saleable properties in films, going back to Elvis movies in the ’50s. It’s good business because a well-known pop act has a ready-made audience,” she says, noting that Eilish has 76.4 million Instagram followers – a treasure trove of potential new subscribers for Apple TV.

The line, however, can become blurred when a film is produced, or commissioned, by the artist’s own label – such as with The World’s a Little Blurry, which is produced by Eilish’s label Interscope Records.

For a veteran documentarian with a solid reputation as his own, Cutler understandably bristles at questions about the film’s integrity.

“Listen, Interscope makes records; they’re great at it. Interscope discovers Billie and develops her career; they’re amazing at it. And I make documentaries. [Interscope] got it, they understood.”

Despite the fuzzy spectre of self-interest around the genre, Keith agrees that all parties benefit from the transaction in some way: filmmakers get intimate access to an often inscrutable, big-name subject; pop stars get the reputational esteem that a cinematic focus by a respected filmmaker affords; fans get the sense they’re peering behind the pop star facade; streamers get the shot to turn a willing audience into countless new subscribers; and record labels get their all-important artist promotion.

In the ever fractured music industry, pop star docos have also become another logical revenue stream for artists and labels, says Keith.

“Over the last 20 years recorded music revenue’s gone through the floor; since [the pandemic] live music revenue’s gone through the floor. So the new revenue stream is really licensing – not only lending your music to things like advertisements and film, but artists promoting or sponsoring or starring in things. For the music industry this is just where the money is coming from, increasingly.”

In other words, expect the trend to continue.