Adrien Brody and Georgina Chapman made their red carpet debut at the 2021 Tribeca Film Festival after nearly two years of dating.

The couple attended the premiere of the crime thriller “Clean” in New York City on Saturday, posing with their arms linked as they smiled for the cameras.

Page Six confirmed in February 2020 that Chapman was dating the Oscar-winning actor after divorcing disgraced Hollywood mogul Harvey Weinstein, who remains behind bars.

The Marchesa co-founder, 45, and the “Pianist” star, 48, had met and socialized previously, but their friendship didn’t turn romantic until they both attended the 2019 launch of model Helena Christensen’s swimwear line in Puerto Rico.

It’s the fashion designer’s first relationship since Weinstein, who was convicted in New York in 2020 of rape and criminal sexual assault.

Chapman filed for divorce from Weinstein, now 69, in 2017 shortly after dozens of women came forward with damming accusations of sexual misconduct.

Weinstein and Chapman, who share daughter India, 10, and son Dashiell, 8, married in 2007 and reached a divorce settlement in January 2018. Weinstein paid Chapman roughly $15 million to $20 million, a source confirmed to The Post at the time. Chapman also got primary custody of their two children. 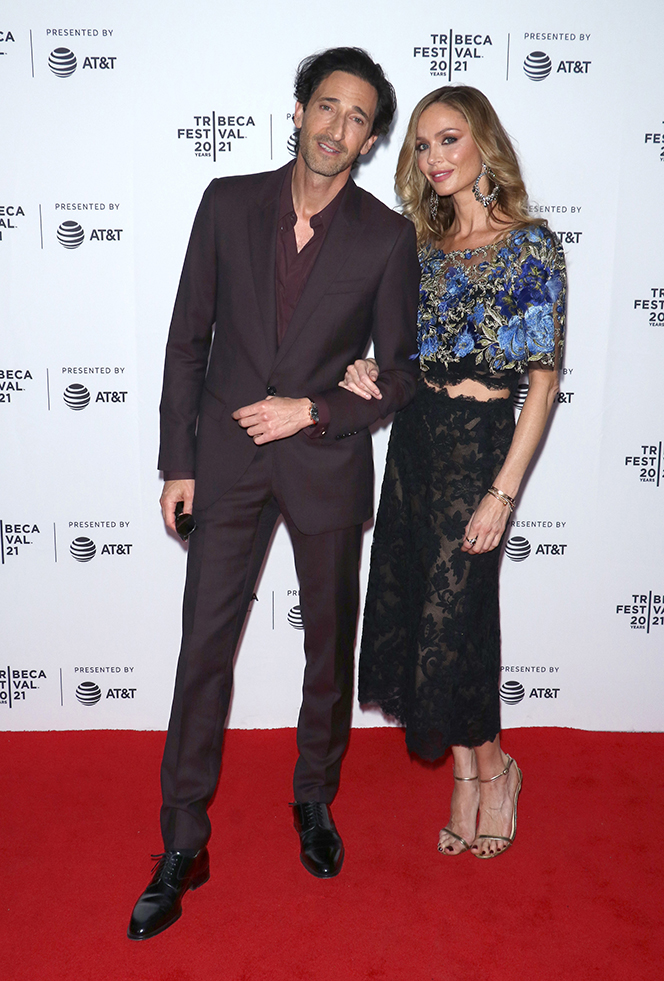 Chapman announced she was leaving Weinstein in 2017 to care for their kids.

“My heart breaks for all the women who have suffered tremendous pain because of these unforgivable actions,” Chapman told People magazine at the time.

“I have chosen to leave my husband. Caring for my young children is my first priority and I ask the media for privacy at this time.”

Chapman remained out of the spotlight until the 2019 Met Gala, which she attended with actress Constance Wu.