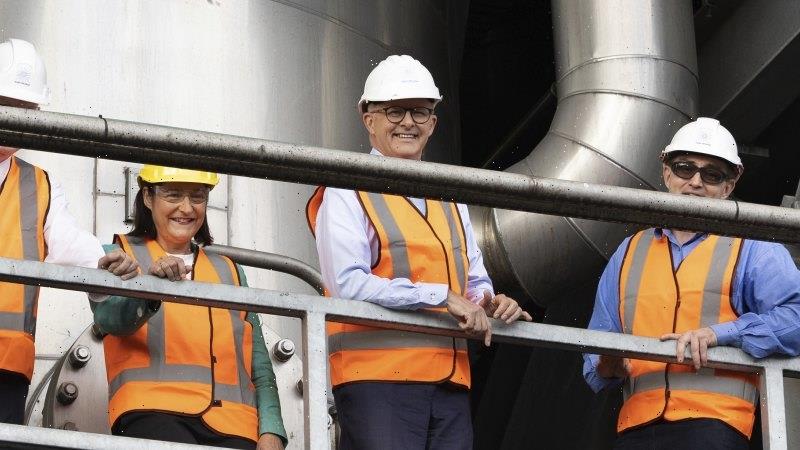 The Manildra ethanol plant in Bomaderry on the NSW south coast has seen a few politicians in its time.

Aussie-owned and one of the biggest local employers in the area, its location near Nowra in the marginal seat of Gilmore makes it an irresistible proposition for a politician with a heat-seeking sense for a high vis photo opp. 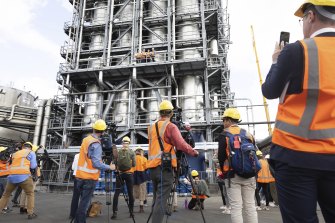 Opposition Leader Anthony Albanese climbed the Manildra ethanol distillery in a tour of the plant as he campaigned in the seat of Gilmore on Thursday.Credit:Alex Ellinghausen

Anthony Albanese was a fluorescent orange speck in a hard hat – and ignorant of his impending COVID-19 diagnosis – as he scaled the heights of the plant’s seven-column distillery in a guided tour on Thursday – a vantage point to survey the pastoral surrounds of the seat Labor holds by just 2.6 per cent.

Back on the ground, against the considerable noise of the distillery working its magic on fermented wheat, he declared his “big thing” as prime minister would be clean, green jobs.

“My big thing is taking clean energy and using that to bring back manufacturing to this country, and to have Australia become a renewable energy superpower,” the opposition leader said.

The electorate of Gilmore was ravaged by the Black Summer bushfires two years ago and the battle for the seat will, for some voters, be a referendum on Prime Minister Scott Morrison’s response to the crisis and his infamous holiday to Hawaii as the country’s east coast was burning.

The Liberals are nonetheless hopeful they can snatch the seat from Labor’s Fiona Phillips with former NSW minister Andrew Constance, who almost lost his family home in Bega in the fires, as the candidate. Morrison made a point of visiting Nowra on day one of his six-week campaign, pledging $40 million in road upgrades in the region. Labor has matched the commitment with its own $40 million roads pledge.

Albanese did not venture into the fire-ravaged southern parts of the electorate on Thursday, as he had done in January – such as Moruya and Mogo – opting instead to remain in Nowra in the seat’s north.

At a press conference at the distillery, he did not directly mention the fires but left voters to join the dots.

One distillery worker, bemused by the commotion and cameras on his worksite, was reluctant to make a prediction on whether the Liberals could win back the seat.

“I reckon it’ll be close,” he said. “We’ve seen Andrew Constance’s bus go past quite a few times.”

A short drive away at the Symons House Retirement Village, 82-year-old Egon Lindgaard and his wife are predicting a hung parliament after voters go to the polls on May 21.

“I don’t think Labor has done enough to get in on their own,” Lindgaard said, as he watched from a distance as Albanese did a meet-and-greet with residents. 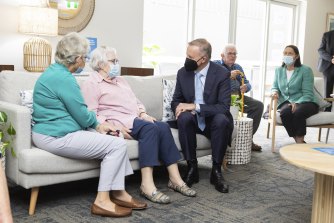 As for Gilmore, he thinks Phillips will fend off a challenge from Constance.

“He has got a big profile down the coast, but it’s different here. We didn’t have the fires here,” he said. “The younger ones will vote Labor because they (the federal government) haven’t done enough on climate change.”

John Carney, 70, an SES volunteer and a dyed-in-the-wool Liberal voter, is voting for Constance.

“The fires weren’t his fault. It was just a natural disaster. He was even against some of the things [the government] said about the fires,” he said.

And he holds no grudges against the prime minister.

“He came back, he apologised for being away and he’s tried to do as much as he could and visited all the fire-affected areas. I’m not holding it against him,” he said.

Cut through the noise of the federal election campaign with news, views and expert analysis from Jacqueline Maley. Sign up to our Australia Votes 2022 newsletter here. 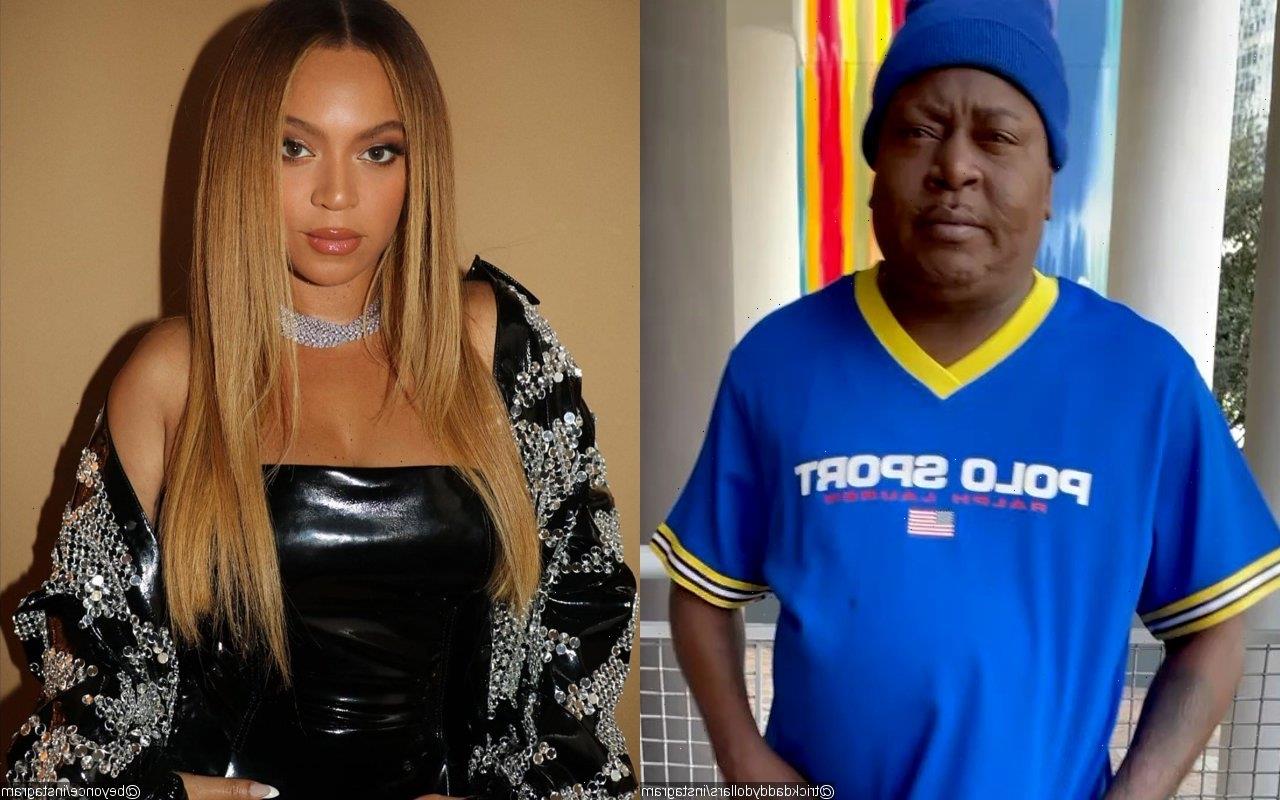