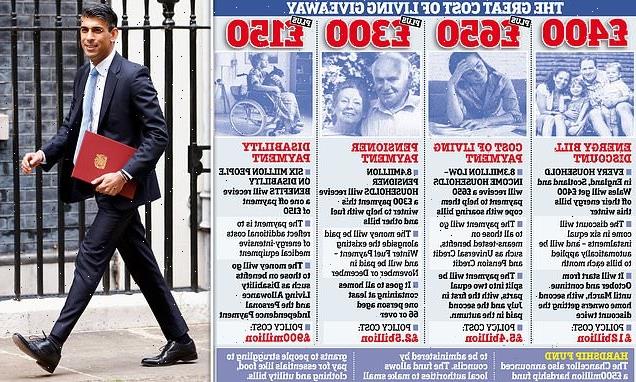 ALEX BRUMMER: Rishi Sunak has just given us a fighting chance of avoiding recession… He has also seized an opportunity to shoot Labour’s fox – and be even more generous than his opponents

Rishi Sunak has dug deep. The cost of living package he announced yesterday will pour more than £21billion into people’s pockets – with the least well-off receiving the most help.

In effect, what the Chancellor has announced is ‘helicopter money’ – cash handouts to ordinary citizens. Nothing else, it seems, could give the immediate help they need to get through this economic crisis.

Britain’s economy – like those across the world – has been hit by disaster after disaster.

A surge in oil and gas prices was already taking place thanks to supply problems in the wake of the pandemic, but has been vastly exacerbated by Vladimir Putin’s barbaric invasion of Ukraine. 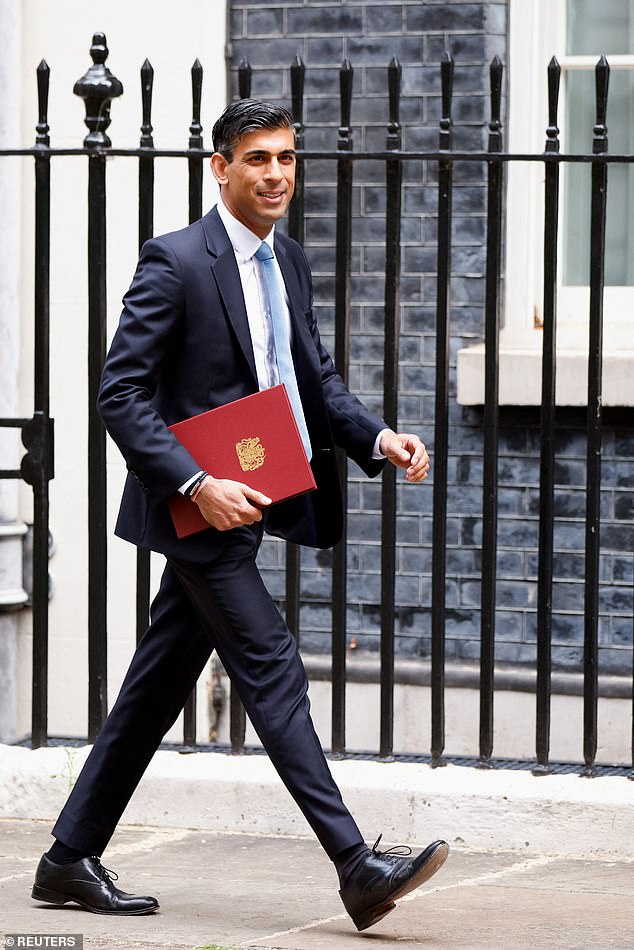 The price of energy affects every aspect of the economy, from food production to transport.

It is one of the main reasons why UK inflation has soared to an eye-popping 9 per cent in the 12 months to April this year.

But macroeconomics are only one side of the story. The fact is that sharply rising prices constitute a tale of misery for many families, especially the poorest.

This week, energy regulator Ofgem announced that the average household is going to watch aghast as its energy bill jumps to £2,800 in 2022 – well over double the £1,138 it was last year.

This is enough to drive families into debt and penury. The Chancellor was forced to act.

As a result of these new measures, eight million poorer families should receive £1,200 extra this year (mostly through the welfare system) and that will make a huge difference to them.

And don’t forget: this money will be given to poorer families along with their benefits. Gone are plans for £200 ‘loans’ to help pay energy bills, which Rishi clearly sees as a blunder. Instead, people will receive grants that do not have to be paid back, and every household – even the richest – will have £400 taken off their bills.

Let’s be clear: politics has played a huge part in this statement. 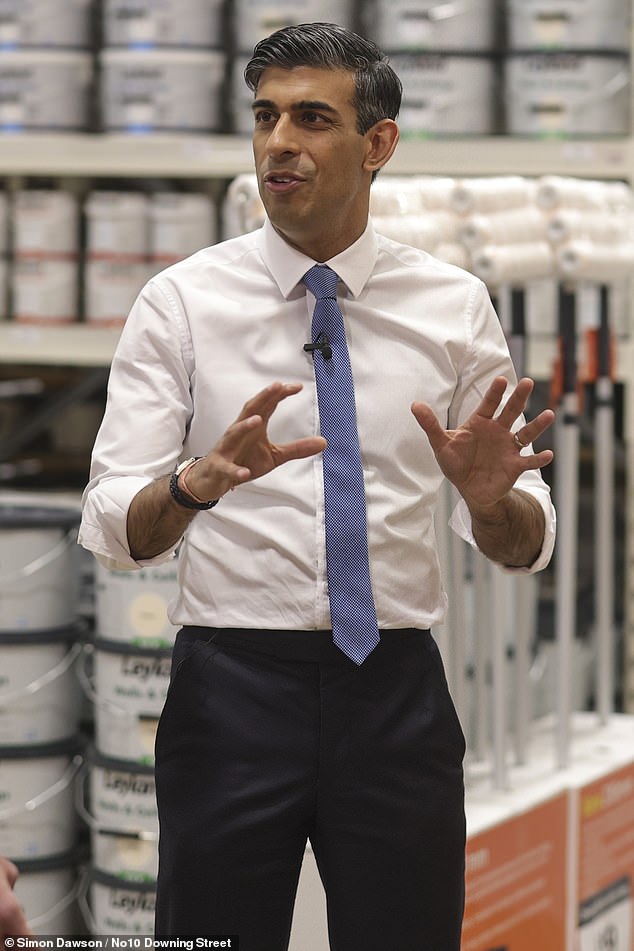 Labour had been trumpeting the virtues of a windfall tax for weeks and public support for one stood high. Now oil and gas producers face a 25 per cent Energy Profits Levy to soak up their ‘windfall’ profits.

Separately, the clamour was becoming deafening from the Left and in sections of the media for the Government to give families hefty handouts to help with their soaring energy bills.

Sunak has seized an opportunity to shoot Labour’s fox – and be even more generous than his opponents. The £5billion he will raise from the windfall tax in the next 12 months is almost double the amount envisaged by Sir Keir Starmer and his Shadow Chancellor Rachel Reeves. 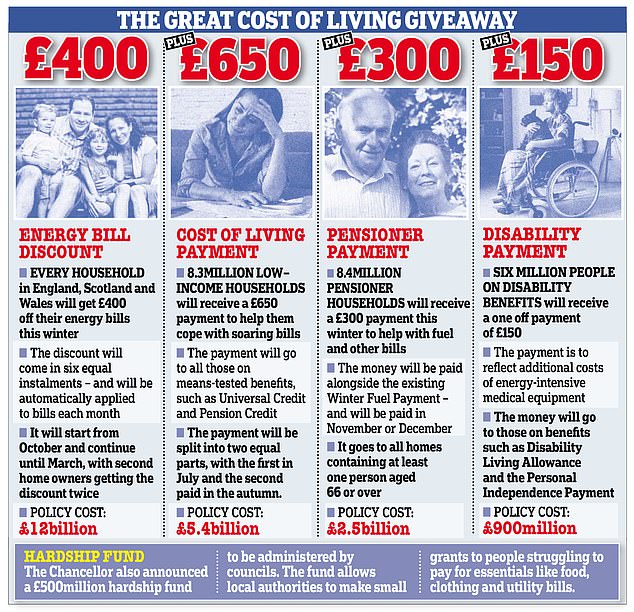 And Sunak is not even finished: he has threatened to hit the main UK-quoted energy suppliers – Centrica, SSE and National Grid – with the windfall tax, too, which could impair the value of their shares.

As a passionate believer in lower taxes, I would have preferred it if the Chancellor had spiked the national insurance hike brought in last month, as this paper has long advocated, and avoided punishing energy firms.

This Government should be encouraging investment in traditional oil and gas production as well as in renewables – and not helping itself to legitimate company profits, however exceptional they may be.

Sunak does seem to understand this – which is why he has promised tax relief to firms prepared to invest in Britain. Nevertheless, these are exceptional times and there is no doubt that they required a dramatic response. The risk of stagflation – high inflation combined with low growth or a slump – is real.

By spraying cash at the problem, the Chancellor has given the economy a fighting chance of avoiding a recession and job losses. 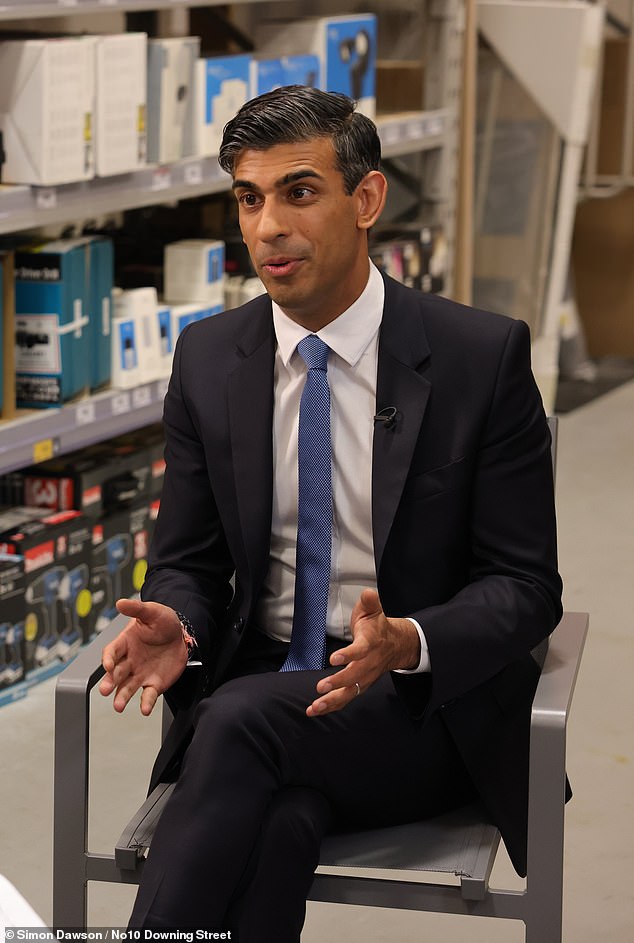 This week, energy regulator Ofgem announced that the average household is going to watch aghast as its energy bill jumps to £2,800 in 2022 – well over double the £1,138 it was last year

City analysts Capital Economics reckon the squeeze on incomes could now be halved to just 1 per cent – down from the widely predicted 2 per cent – which would have been the biggest fall for three decades.

With all that said, however, actions have consequences – and everything has a price.

Higher spending on welfare payments means fiscal policy – the amount of money the Government has to pump into the economy – will be looser than expected at the next budget, likely this autumn.

And that means in turn that the Bank of England may well have to move faster and further in raising interest rates in the war against inflation. In short, then, our energy bills may now be more affordable this year but our mortgages and other debt could well become more expensive.

So the short-term pain relief – however vital it is to help struggling families – could end up costing us all a lot more in the long run. And the next general election is not that far away. 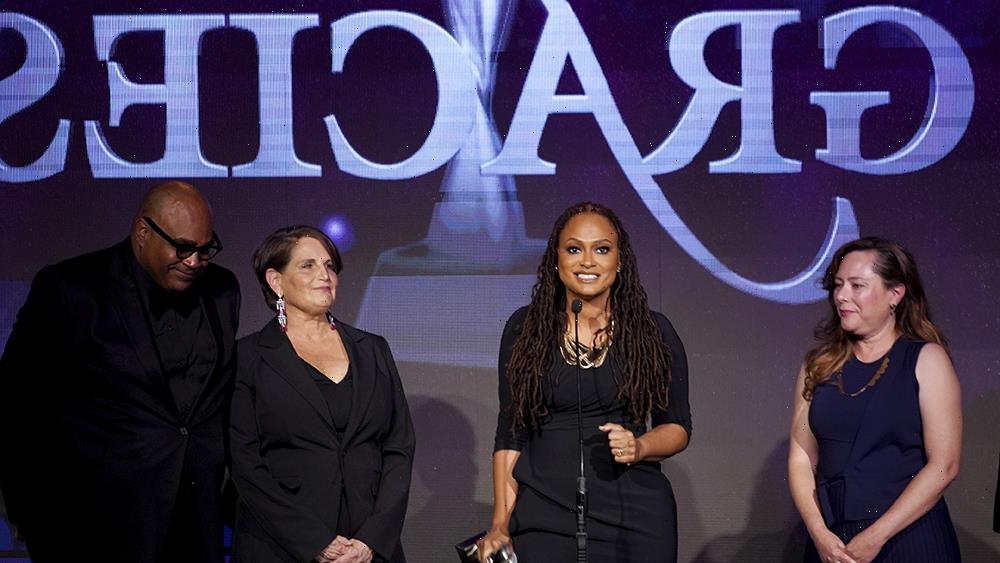 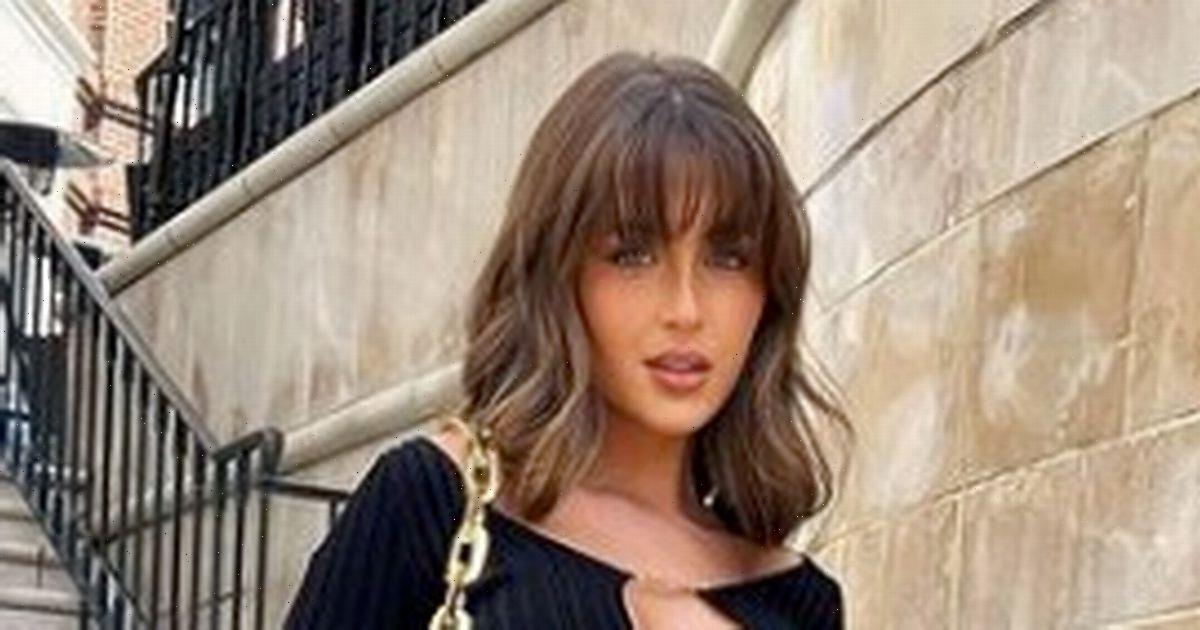