But Wollaston, who was elected as the Tory MP for Totnes in 2010, may prove to be more trouble than she’s worth.

Within days, she was accused of rank hypocrisy after it emerged she had once called for automatic by-elections for MPs who switch parties, but now refuses to face one herself. Wollaston is on the verge of upsetting her new Lib Dem colleagues, too. 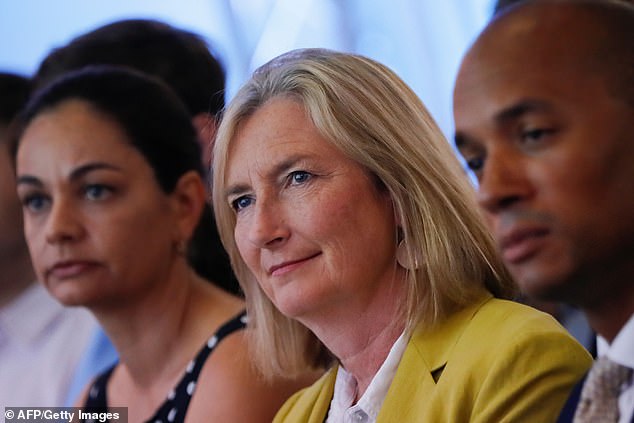 Having already defected from the Tories to Change UK, the glossy new centrist party which rapidly imploded, Sarah Wollaston (pictured centre, next to Chuka Umunna) last week jumped ship to the Lib Dems

For while she may be happy to switch parties to her heart’s content, her arrival has left local activists feeling a tad disgruntled — not least Caroline Voaden, who had already been chosen by the local Lib Dems to stand in any forthcoming election.

An understandably miffed Voaden, who was elected as MEP for the region in May, gave no signs of backing down on local radio last week: ‘At some point a decision will be made about whether I fight the seat for Totnes or whether Sarah does, and that is a decision that the party will make, and it has not been made yet.’

With a potential showdown in Totnes already on the boil, might it be easier for Wollaston to simply switch to a fourth party within six months?

While he was denied a speaking role at last year’s Labour conference, the party’s ambitious Deputy Leader Tom Watson has been promised a slot at this year’s gathering in Brighton.

It is no doubt a relief for Watson, who is so concerned about being unseated in a snap election that he has set up an online Go Fund Me page to raise a £25,000 warchest. 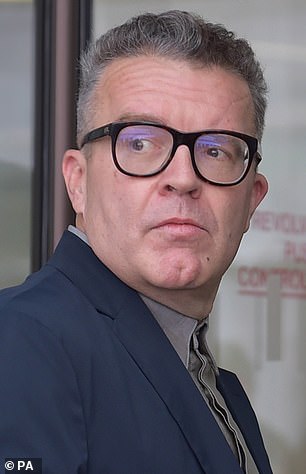 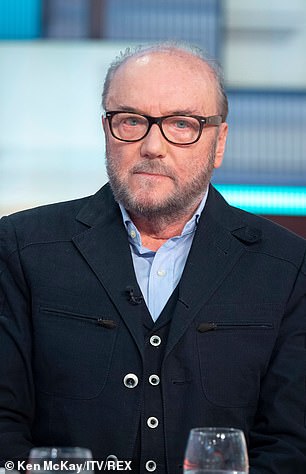 With his 7,700-strong majority, why is Watson (left) so worried? Well, it might have something to do with Brexit-supporting former Labour MP George Galloway (right) deciding to stand in his West Bromwich East constituency. And Galloway is raising funds, too …

But with his 7,700-strong majority, why is Watson so worried? Well, it might have something to do with Brexit-supporting former Labour MP George Galloway deciding to stand in his West Bromwich East constituency. And Galloway is raising funds, too …

Is this a Brexit Party own goal?

The Brexit Party has disclosed the names of more than 100 of its parliamentary candidates. But have they missed a trick?

Ralph Ward-Jackson, who has two children with Baroness Fall, David Cameron’s former deputy chief of staff, was turned down for the Hartlepool constituency.

Did the selectors not realise that his 19th-century ancestor, Ralph Ward Jackson, founded West Hartlepool and has a string of pubs and a park named in his honour?

Instead, the party has chosen Ken Hodcroft, ex-chairman of Hartlepool FC. An own goal, possibly?

Dubbed Operation Yellowhammer, the documents apocalyptically predict that Britain would face shortages of food, fuel and medicine if we crash out without a deal.

Redwood was dismissive of the leak, which many believe was orchestrated by an embittered Remainer minister: ‘It’s Project Fear on steroids, with the added lie that we won’t be able to import any steroids for Project Fear to thrive on.’

Labour MP David Lammy has declared a short trip to Canada to visit a university in Ontario.

He flew business class with the total value of the trip declared at £8,724. Nice work if you can get it.

Former Labour-backing actress Tracy Ann Oberman has identified the most terrifying aspect of Jeremy Corbyn’s desire to lead a ‘unity government’: ‘If Corbyn’s own party can’t get rid of him, what makes anyone think that he intends to be an ‘interim’ leader? He’s going nowhere.’