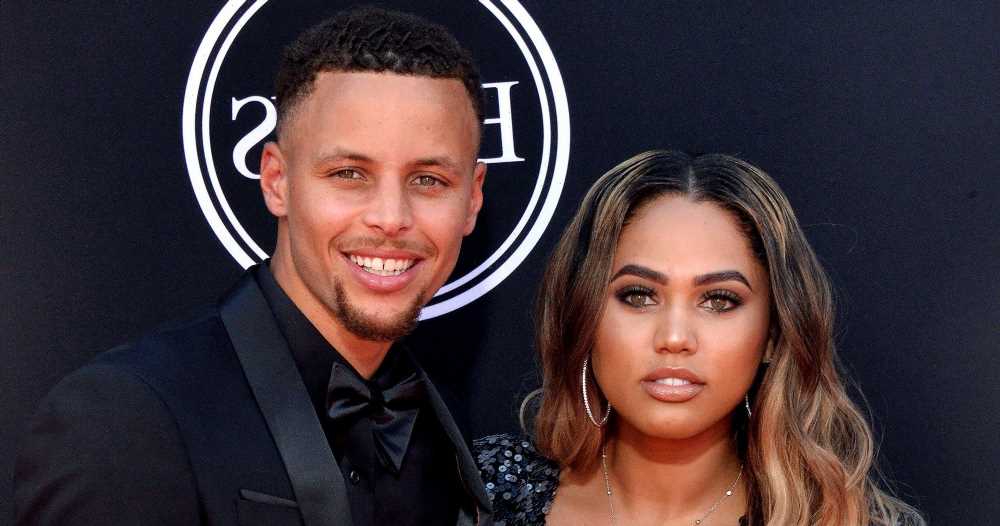 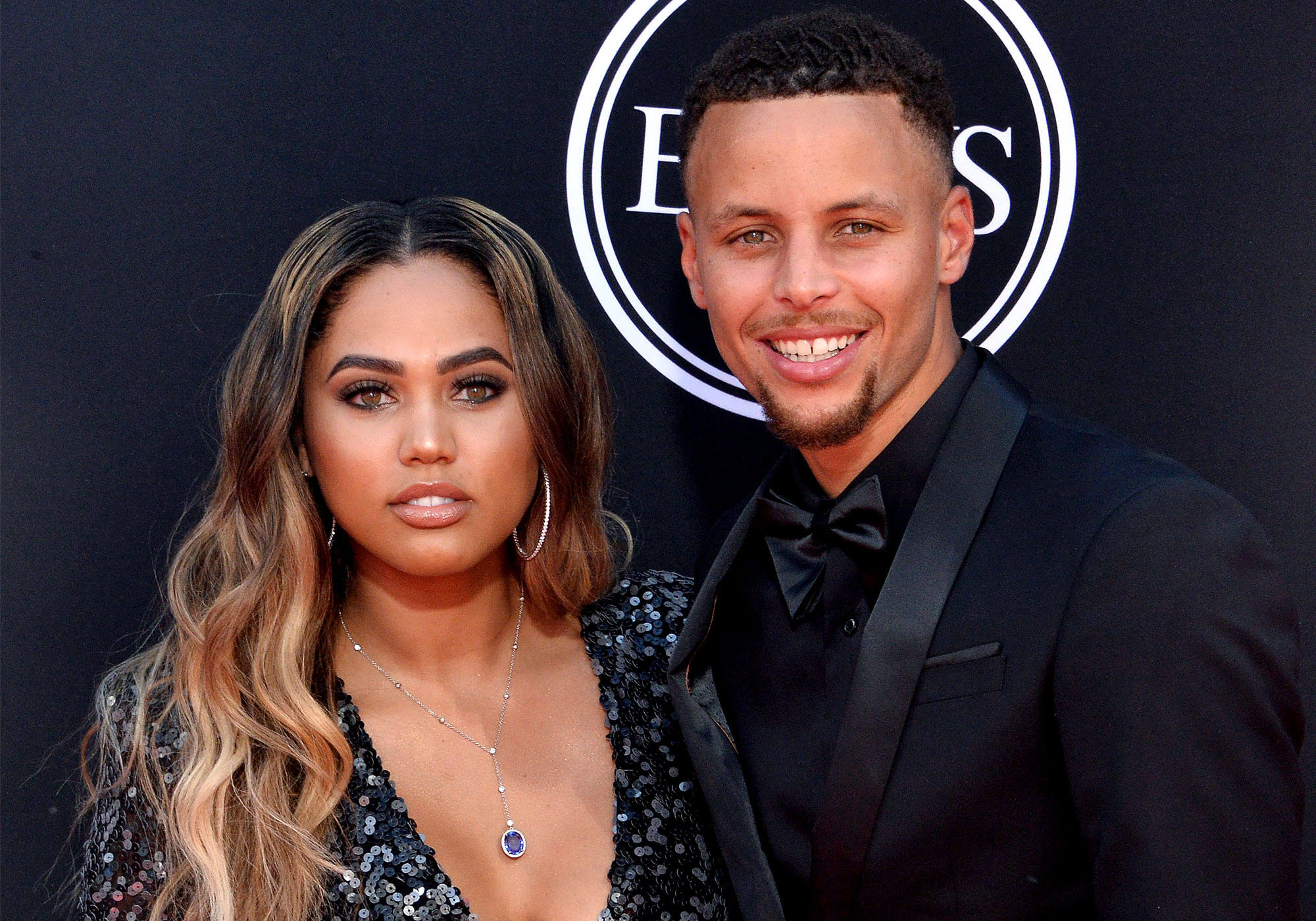 Setting the record straight. Ayesha Curry shut down speculation that she and her husband, Steph Curry, are in an open relationship.

While several fans praised the athlete’s fashionable photo, one user couldn’t help but chime in with a negative remark. “But yet you still want an open relationship smh 🤦🏿. If I were him you woulda been sent to the streets already,” the troll commented.

The Ayesha’s Homemade personality was quick to fire back, replying, “Don’t believe everything you read. Do you know how ridiculous that is? Don’t disrespect my marriage like that. Please and thank you.” 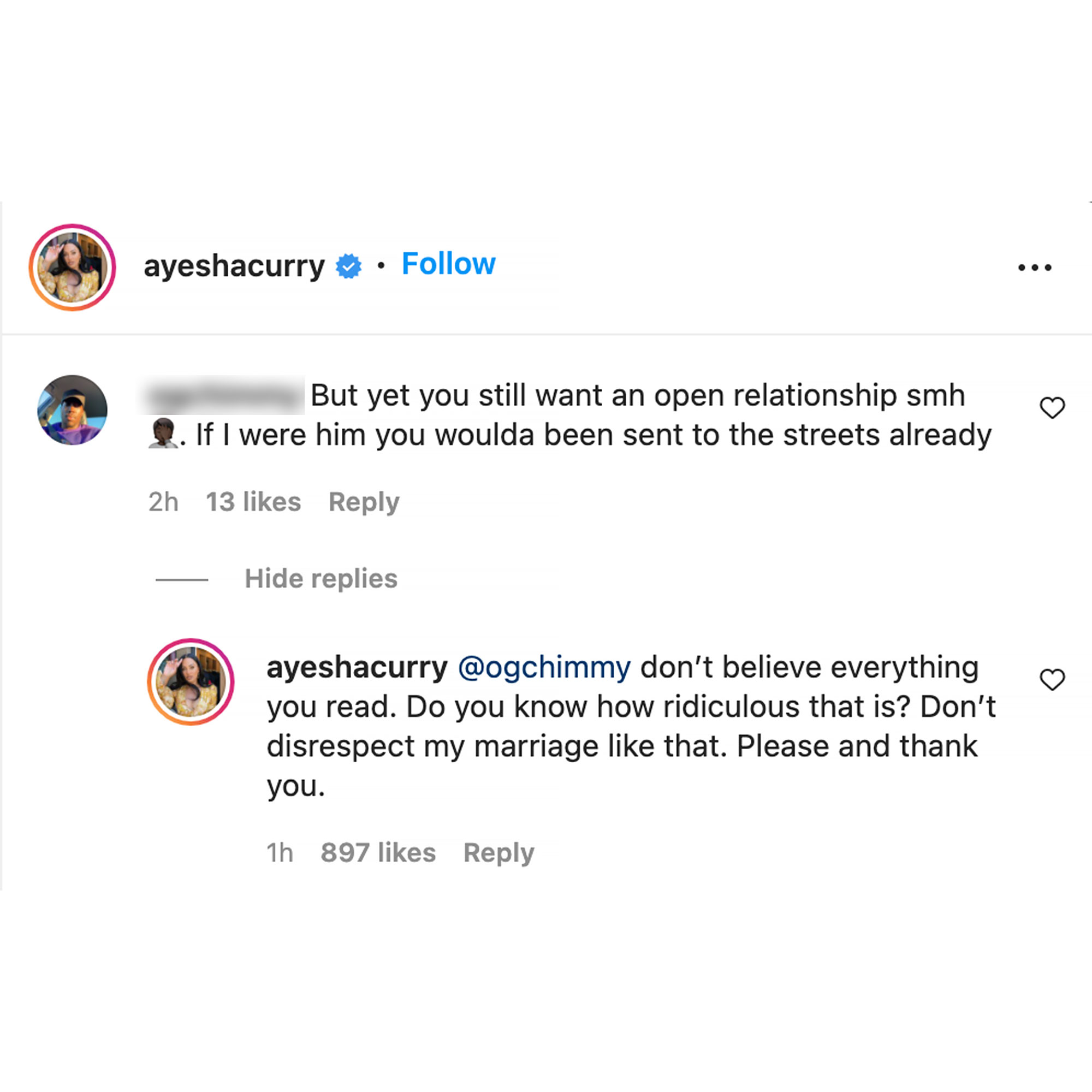 Rumors recently surfaced about the pair’s relationship after the social media account DeuxMoi shared a blind tip referencing a duo who might not be “as faithful in love” as they are online.

Celebrities Who Have Renewed Their Vows

The power couple met while attending the same youth group as teenagers, but they didn’t start dating until several years later. They tied the knot in July 2011.

“I was 23; she was 22. But I knew I had found the right woman and I wanted to start a life with her,” the Ohio native told Parents magazine in 2016 as the couple reflected on their first kiss, their engagement and their date night rituals. “I always had my eye on her, but I got a little shaken, for sure.”

After a decade of marriage, the pair renewed their vows in a sweet backyard celebration.

“A couple of weeks ago @stephencurry30 surprised me with the most beautiful vow renewal ceremony. He even picked out my dress for me and had it waiting 😭,” Ayesha gushed in a September 2021 Instagram post. “Our big girl Riley officiated and Ryan and Canon walked me through the grass of our backyard. It’s everything I’ve always dreamed of but didn’t know could be possible in this way. A moment I will never forget. I love you @stephencurry30.”

The Golden State Warriors player and the Canada native share three children: daughters Riley, 9, Ryan, 6, and son Canon, 3. During an August 2021 appearance on Shop TODAY With Jill Martin, Ayesha revealed her favorite quality about her husband as a parent.

“He’s very patient. Can’t multitask for anything but is so patient in knowing that and so good with the kids,” she said. “It’s such a turn-on to see. Probably so inappropriate, but it is. It’s refreshing to see that.”

Previous post Bob Saget spoke about COVID bout before death: 'It does not feel good' 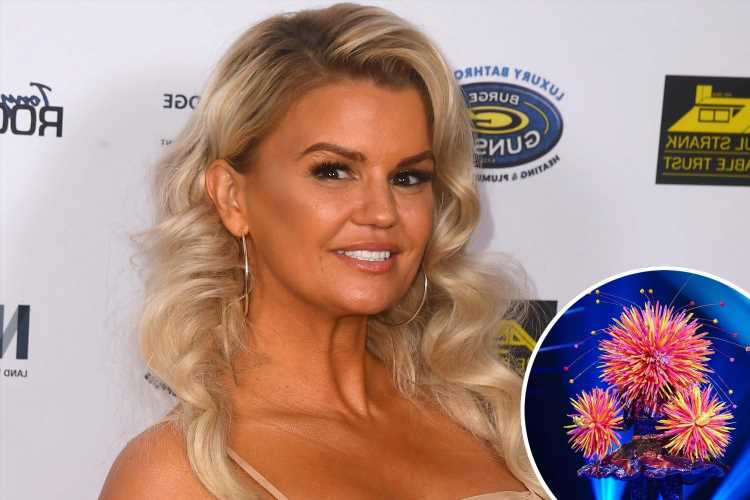