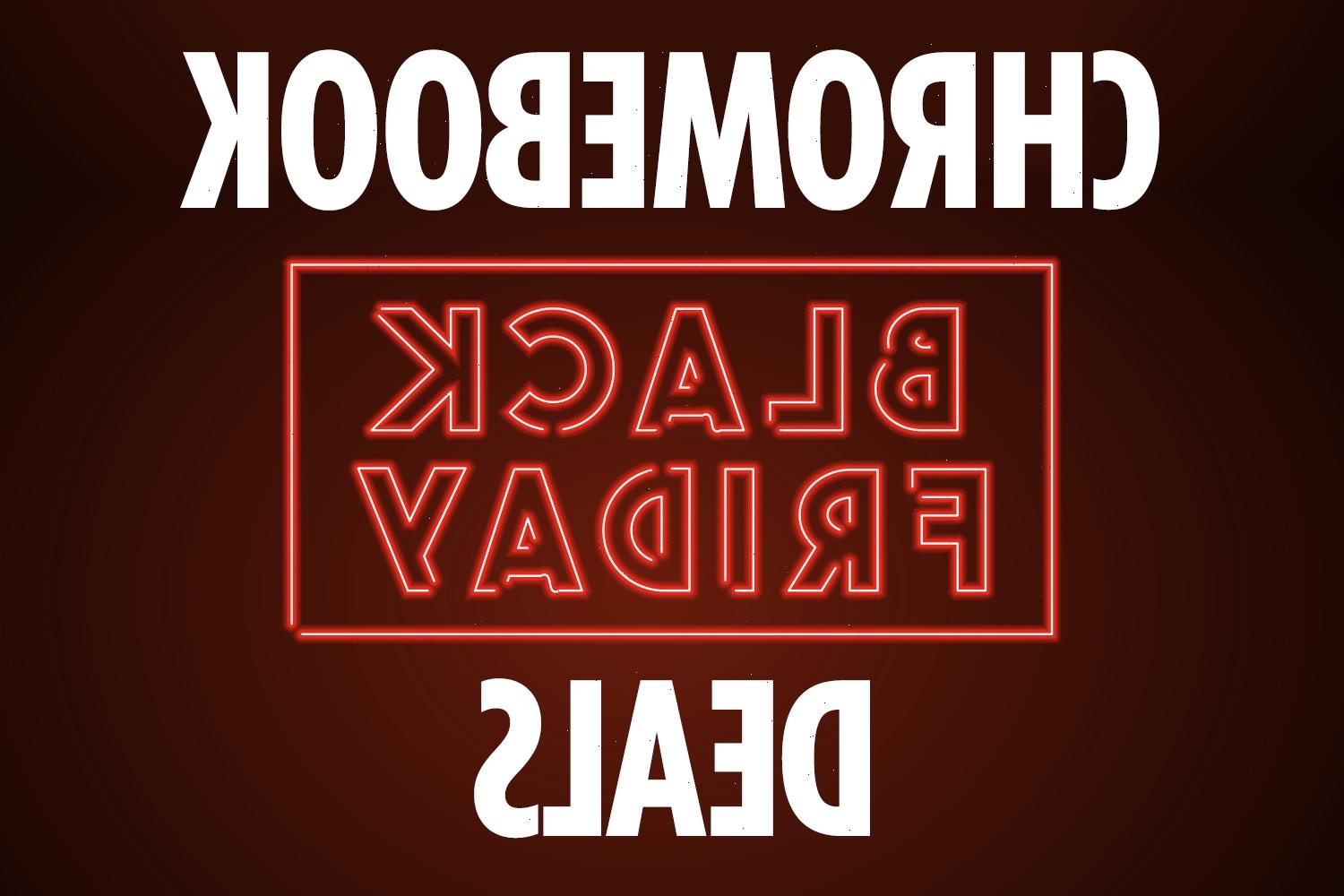 THE biggest sale of the year isn't far away now – and you can bet there'll be plenty of great Chromebook Black Friday deals.

The late-November sale is ideal for finding exceptional offers on all sorts of tech items, ranging from TVs and soundbars to smart speakers and, yes, Chromebooks. 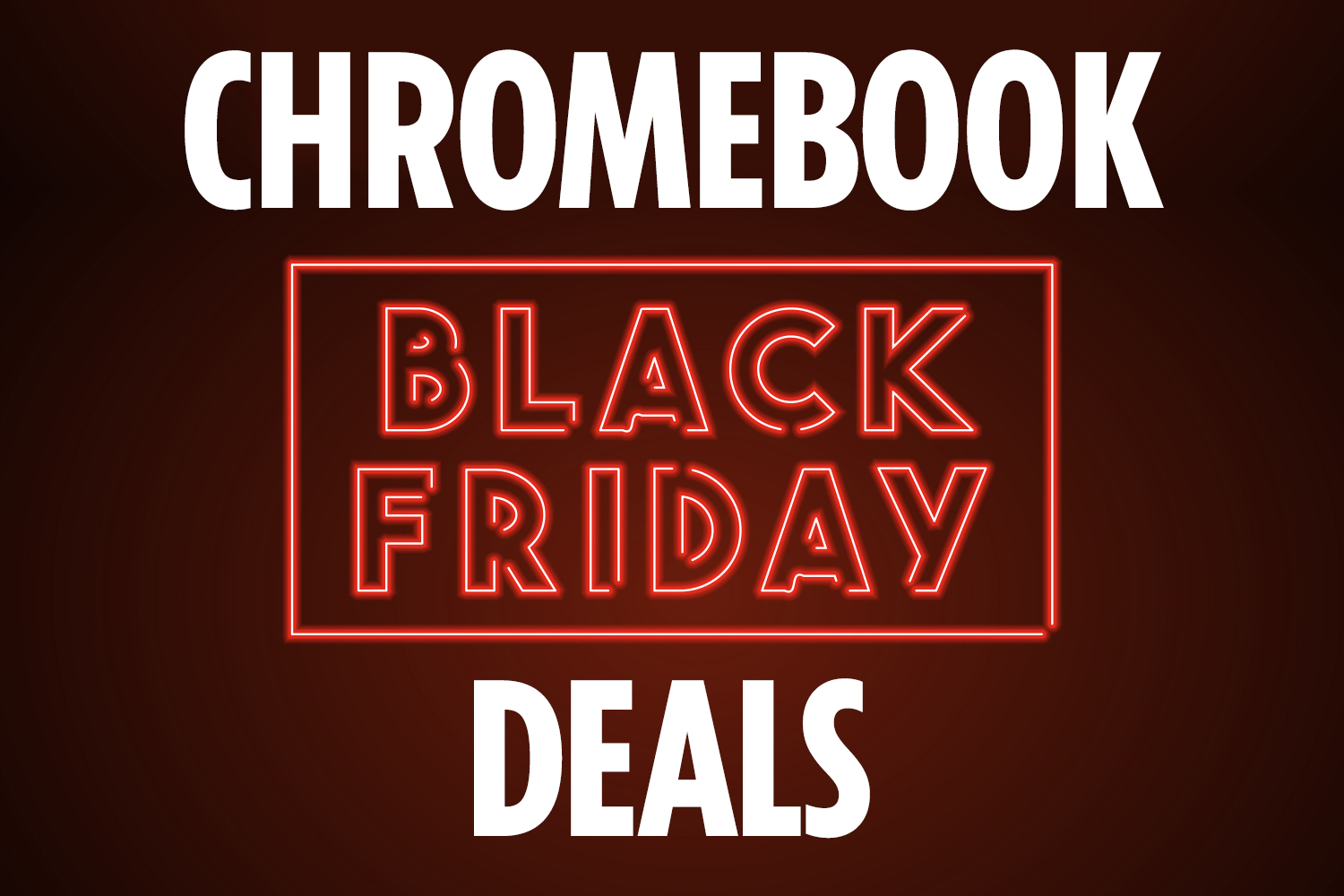 * We may earn revenue if you click the links below and buy the products but we never let this affect our recommendations. Remember to shop around on Black Friday to make sure you're getting the best price.

Chromebooks have boomed in popularity in recent years. These no-frills devices are great option for anyone out there in need of an affordable laptop for browsing and streaming for as little as £150.

In contrast, if you want more advanced features like greater storage, higher-spec processors and touchscreen displays, you can spend well into the hundreds – even thousands – on some luxe options.

Of course, Black Friday will be an opportunity to take advantage of some price drops and get more for your cash.

But, with so many deals to scroll through, it's easy to get a little overwhelmed by the sheer number of options.

That's why we've put together this page, where we'll be listing the very best Chromebook deals that you'll find during Black Friday 2021.

Read on to find out everything you need to know about Chromebook Black Friday deals, including key dates to mark in your calendar and the best retailers to check for deals.

Want more tips on how to prep for the big day? Check out our Black Friday explainer with everything you need to know.

Good news! If you can't wait for Black Friday itself, there are already some great deals to be had in the run-up to the sales day.

Here are some of the best we've spotted online.

This year Black Friday will take place on November 26 – that's the day directly after American Thanksgiving.

Black Friday has been going strong as a shopping tradition for decades in the U.S., but has steadily grown in popularity over the last ten years in the UK.

With nearly every major retailer getting in on the deals action, Black Friday is now a firmly established sale date in the calendar each year.

What is a Chromebook?

A Chromebook is a laptop that runs on Google's Chrome OS system, instead of either Windows or Mac OS. Although many now also run Adroid and Linux apps as well.

Most often used in education, Chromebooks are substantially cheaper than the Microsoft Windows or Apple operating system equivalents, making them an affordable and practical alternative.

The first Chromebooks appeared back in 2011. In 2018, Chromebook tablets were introduced as a lower-priced option to take on the Apple iPad.

How much is a Chromebook?

You can pick up a Chromebook for under £200, if you want the most basic model with smaller memory.

Chromebooks go right up to £1,000 or more for the latest, whizziest versions with a bigger display and memory.

Is Black Friday a good time to buy a Chromebook?

In a word: yes! Black Friday sees numerous Chromebook retailers slashing prices as they compete to bring you the best possible offer.

Since this is an investment product, it also means you can get the best possible model for you, one that will really last, without shelling out too much.

Where to expect the best Chromebook Black Friday deals

During Black Friday 2021, you can expect the best offers on Chromebooks to come from a select number of online sellers – a combination of retailers and manufacturers.

We've listed them below:

One thing to remember is that stores have a habit of ruthlessly price-matching each during Black Friday.

You'll often see the same discounted prices across a number of stores (with Amazon undercutting its rivals by as little as £1).

The Black Friday sale officially begins on November 26, but retailers usually start offering deals a week or two ahead of time.

So, keep your eyes peeled for bargains on Chromebooks, or check this page for all the latest early-bird offers that get released.

The last day of the Black Friday sales bonanza is Cyber Monday on November 29.

Make sure you get your shopping done by then if you don't want to miss out.

How to get the best deals on a Chromebook this Black Friday?

Everyone will be competing to grab a bargain on Black Friday, so the most important thing is to be prepared.

Do your homework first. Figure out which Chromebook model you want to buy, and make a note of how much it costs ahead of Black Friday. Then you can see how much you'll save on the day.

Do shop around. Don't just grab the first one you see – double check if other retailers are offering even bigger savings.

Then start shopping early on Black Friday, or in the days just before, so that you get a head start on your competition.

What Chromebook deals were there last Black Friday?

During last year's Black Friday, we saw a large number of excellent laptop deals, with some great prices drops on Chromebooks.

The retail giant also knocked the same £100 off the asking price of the HP 14a Chromebook – Intel Pentium Silver, bringing it down from £349 to £249.

If last year's deals are anything to go by, Black Friday 2021 will be the perfect opportunity to scoop up massive savings on devices that are already pretty affordable.

As ever, Cyber Monday comes after the weekend that immediately follows Black Friday – so this year, that's November 29.

It's got the name as traditionally, it was a day of online-only deals, positioned in contrast to the in-store offers of Black Friday itself.

These days, however, there's little distinction between the two days – you're going to find the vast majority of Black Friday deals are available both online and on store shelves.

Cyber Monday is generally when retailers send out their final wave of deals – or drop prices further on unsold stock.

So if you see any decent Chromebook deals during Black Friday, there's a chance they might be improved when Cyber Monday rolls around.

But there's also the chance they might sell out before then – and if we had to give you definitive advice, we'd say to snap up a deal straight away if it's within your budget and something you genuinely want.

Get extra savings this Black Friday with Sun Vouchers. The discount site features hundreds of voucher codes for all your favourite retailers.

Don't miss our pick of the best Black Friday tech deals if you're in the market for other popular technology during the sale.

If you're after a new television with a bigger screen, there's also our run-down of the best TV Black Friday deals. 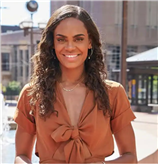 Previous post Michelle Young: Im Finally Falling for Someone on The Bachelorette! 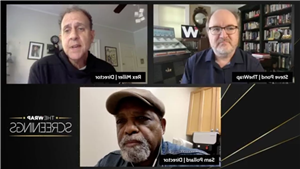