Destiny and Coach Korn didn’t get off on the best foot, but things are beginning to change. HL spoke EXCLUSIVELY with Tiana Le about how Destiny and Korn’s bond with ‘grow’ and more.

“I think that she definitely sees him as this new form of support and definitely as a friend for sure,” Tiana told HollywoodLife. “Once he finds out about her dad, and they play that game of HORSE, he becomes a friend to her and someone who actually just genuinely cares about how she’s doing. It’s not just about her physicality on the court. I’m sure Destiny would definitely feel that there is no one that can take the place of her father. They were obviously very, very close, but I think that Korn definitely starts to kind of step up in that area.” 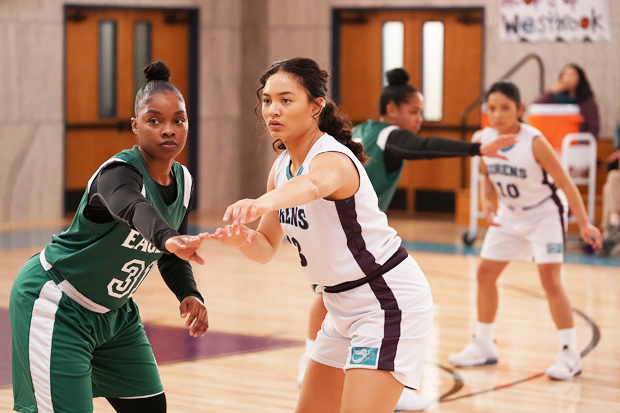 Episode 2 gave us our first glimpse into Destiny’s personal life. It won’t be the last episode to do so. “She’s got quite a lot of twists and turns and surprises that even she has no idea could happen to her,” Tiana continued. “I can’t really say too much, but you’ll definitely just have to watch. There are a lot of surprises that will unfold.”

In the premiere episode, Destiny called out Coach Korn for weight-shaming her during their first practice. Destiny didn’t hold back, and she made Coach Korn realize just how hurtful his words could be toward a woman. Tiana opened up about filming the pivotal emotional scene.

“It was a long day because not only did we start the show off like that, but we also started it as the first scene of that day,” the actress said. “So it was like 6 a.m., and I’m in tears. I felt really good because we had already kind of gotten to talk to John [Stamos] and gotten a little close with him at that point. But there was still a little bit of, oh, we’re not that close. I don’t really know how he’s going to act in this. I don’t really know what choices he’s going to make. In that scene, it took a lot of just going in there and kind of doing what I thought Destiny would do in that situation. It was also super interesting because the director, after about 6 takes, pulled me aside and was like, ‘Hey, I just wanted you to go in there, and I want you to just be on an emotional bender. I want you screaming at him. I want you in tears just to see what it does to John.’ It was really fun in that sense because I got to kind of play around with the scene and play around with choices. I don’t think anyone would genuinely go in there and be that way, but it’s definitely super important. I felt really grateful to have the opportunity to address an issue like that.” 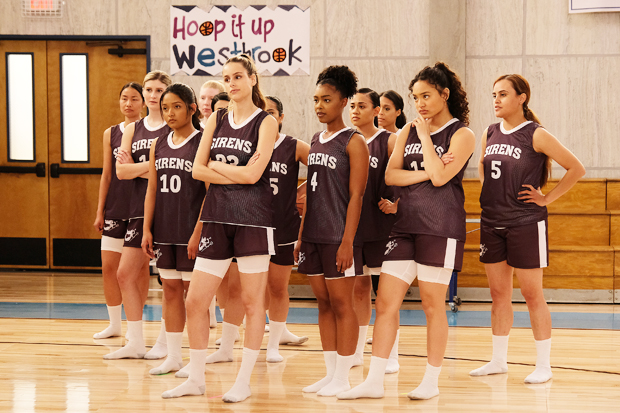 Over the course of the first season, Tiana revealed that Coach Korn will reach a “point where he’s able to connect with all of the girls.” She teased that “developments” about his past will be revealed, and his relationship with Destiny will have a great influence on him. “I think his relationship with Destiny is definitely what pushes him to start realizing these are real people, these are connections you can make with people who are more than just basketball players,” Tiana said. “The relationship between Destiny and Korn definitely grows a lot and may become even closer as the season goes on, but it’s kind of for everyone as well.” New episodes of Big Shot air Fridays on Disney+.